Are the wilds of the Upper Green a place for sheep?

By Ken Cole and Ralph Maughan 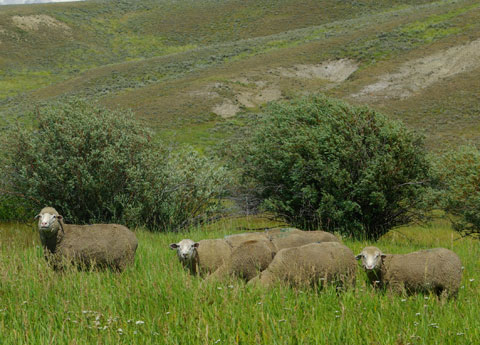 This is bad. A poor shepherd got seriously hurt. With all the media attention on sheep ranchers there is too little attention to the men who do most of the work, usually living lives of isolation in remote areas often far from their native lands. The article says that the injured herder, Marcello Tejeda, is from Rock Springs. We hope he was given health insurance as part of his contract.

The upper Green River country is some of  America’s scenic and wilderness wonderland. For twenty years now it has been in process of reclamation by the great bear and wolves. Grizzly bears were not moved into the area like the sheep’s owned was quoted. They gradually reinhabited the area completely on their own.

Cattle and sheep eat the forage that could support more elk. Livestock trample the banks of steams that splash thousands of feet down from glaciers of the Wind Rivers or the lingering snowspatches high in the Gros Ventre Mountains.

With all of the losses the owner claims to have had due to predators doesn’t it beg obvious questions? Why graze your sheep here and should taxpayers have to pay for predator control, and other subsidies so you can continue. Is this an appropriate place to graze sheep, a basically defenseless animal?

I think we know what will become to these now unattended and scattered sheep. 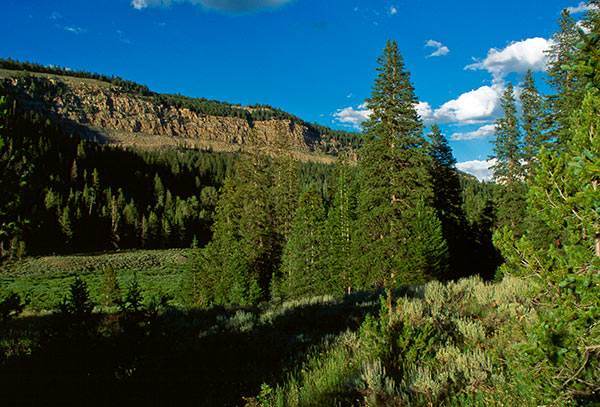 Late afternoon in Tosi Creek at the eastern edge of the Gros Ventre Wilderness. The attack was described to have taken place in this general area. The day after I took this photo, I saw 6 different black bears while I was backpacking. That was in the 1990s. Now grizzlies have replaced many of the big black bears. Photo copyright Ralph Maughan