Although it is wolf hunting season in Montana, one NW Montanan couldn’t wait. He shot two wolves along Whale Creek Road in the North Fork Flathead drainage on Oct. 9.  He plead guilty and paid a large fine for a wolf violation, a $1,135 fine.  A third wolf has been shot and left in the general North Fork Flathead area. That was in the Red Top Meadow area. Montana FWP is looking for info.

It isn’t clear if these poached wolves will be added to the quota of 75.

Someone sent me the photo below. This appears to be in the Lolo area NW of Missoula. 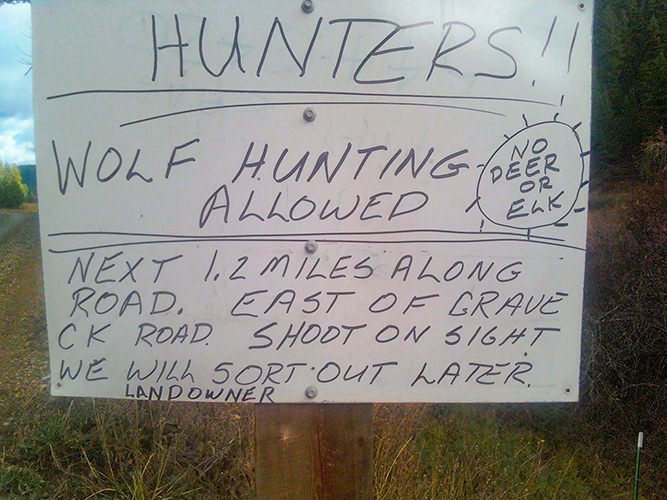