No surprise. Elk numbers decline further. No surprise Fish and Game says it’s almost all due to wolves-

Here is a graph the department did. 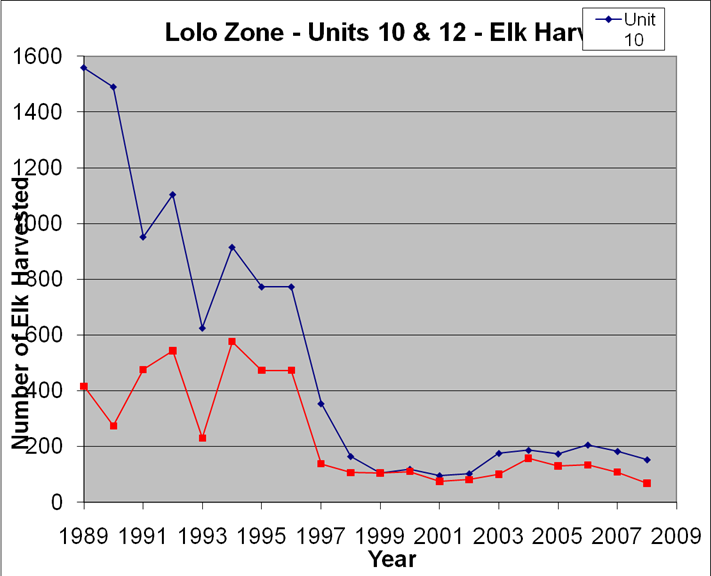 Let’s analyze the graph. This decline was predicted, but not its depth.  Wolves were reintroduced in 1995, but their number was trivial in the area until about 2000 or so. Therefore, the big drop between 1998 to 2002 could not be due to wolves. Then elk numbers rose. It seems possible to me that the decline than began anew in about 2006 could be strongly influenced by wolves.

My view is that no single factor can explain the collapse of the Lolo Zone elk herd, although a big decline was predicted as early as the 1970s due to habitat changes that were obviously going to happen (the confer forest maturing to a condition similar to when Lewis and Clark came through the area and almost starved).

More data is promised and might already be out there. Wolves might well play a role here, but the huge drop from 1989 to 1998 is logically  impossible to pin on wolves.