Critical pine in grizzly nutrition is in steep decline. May get endangered listing-

Whitebark pine is in dire straights and it may well get on the endangered species list, but what then?  How do you save a tree so beset with disease and insect attacks with an ESA listing?

I have been doing a lot of backcountry traveling this summer, and while I have written numerous posts about pine beetle attacks, not just the whitebark pine, almost all Western pines are in serious trouble, mostly from insect attacks. Winters too warm are causing vast proliferation of the pine bark beetle, killing pine forests, especially the much more abundant lodgepole pine from the Yukon south to New Mexico.  In some places like northern Colorado, 95% of the lodgepole is now dead.  It seems to me that it will be a short time until most pines will be functionally extinct, even though some may persist in highly protected enclosures.

Spruce, Douglas fir, true firs, and other conifers are not under such attack, but the lodgepole is a huge component of the fish, wildlife, watershed and scenery of the Rocky Mountains. Like the whitebark pine, it is hard to think of any effective large scale human effort to conserve these forests. 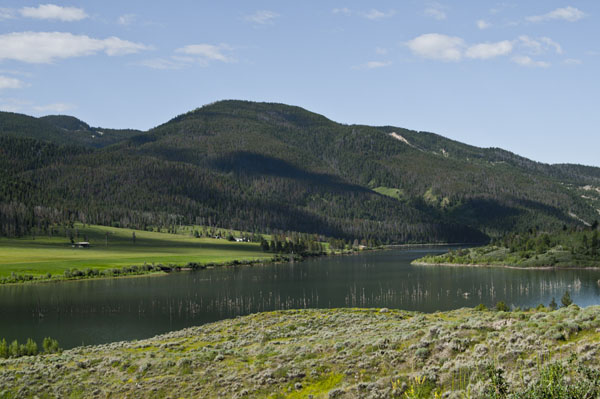 Bark beetle infested mountain at Lower Slide Lake, WY. Although the mountain looks fairly green, most of the lodgepole on it are turning red. In two or three years the entire character of the mountains will be changed. Copyright Ralph Maughan July 19, 2010

13 Responses to Feds to consider endangered status for whitebark pine