Spring Valley is a miraculous place, renowned for its magnificent skies and as critical habitat for sagebrush obligate species such as sage grouse and pygmy rabbit.

Unfortunately, like so many obscure public places around the west, the innumerable environmental values Spring Valley harbors are under threat, ironically by so-called “green energy” projects.

Spring Valley Wind, LLC, a subsidiary of Pattern Energy of San Francisco, is proposing to build a wind farm called the Spring Valley Wind Project. The Project’s claimed generation capacity is 149.1 megawatts and would be constructed on 8,565 acres of public lands in north Spring Valley.

Investors for this industrial-scale development have pressured BLM to approve the project on a “fast-track” in order meet a time-frame necessary to receive subsidized funding appropriated by the American Recovery and Reinvestment Act.  The project’s investors have secured congressional support, bringing high level political pressure straight to the managers on the ground (Senator Harry Reid letter to BLM manager

).  The pressure in support of “fast-tracked” approval for “green-energy” projects is ironically targeted at avoiding the full and appropriate environmental review required by NEPA, one of our country’s most critical environmental statutes codifying sound wisdom directing land-managers to “look before you leap” when making decisions that impact the environment.

An appropriate level of review identifies environmental, cultural, and other values present on the proposed landscape, analyzes the proposal’s impact and evaluates whether siting of a given project is appropriate given a range of alternatives which may include alternative siting that avoids conflict with those identified environmental and cultural values.  Why plow through intact wildlife habitat and native artifacts if there is a landscape with equal wind development potential that is of lesser quality habitat without known cultural sites ?

On October 15, 2010 rather than conducting thoughtful (and lawful) review, buckling to economic and political pressures, the Bureau of Land Management hastily issued a final decision authorizing the Spring Valley wind project on the “fast-track”.

Spring Valley Wind intends to grade almost 30 miles of new roads, construct an operations and maintenance building and substation, a new gravel pit, and make many other irretrievable disturbances to sage grouse, pygmy rabbit, and other wildlife habitat that would significantly impact and alter the natural character of this public landscape. 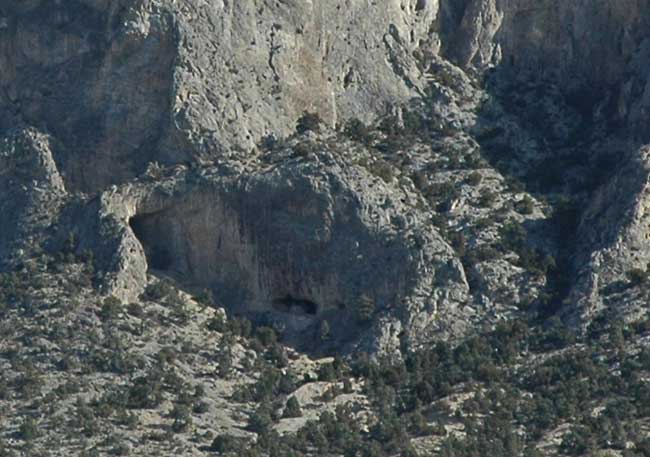 Rose Guano Cave harbors as many as 1 million migratory bats

In the Snake Range just a few miles from the proposed wind development lies the Rose Guano Cave, important habitat for over a million Brazillian free-tailed bats that migrate through the area. A growing body of science demonstrates that wind turbines kills bats by the thousands. The sudden change of air pressure surrounding wind turbines is responsible for Barotrauma, an abrupt explosion of blood vessels in the lungs of bats causing them to drown in their own blood.

The impacts to migratory birds including robins and many raptors is equally appalling and demonstrates that when analysis of the appropriateness of siting is “fast-tracked”, the actual environmental consequences of Wind Energy can lie in stark contrast to the industry’s Public Relations slogans characterizing Wind Energy as “green”.

What’s more, particularly on this public landscape, the construction of the turbines will permanently degrade and obstruct the remarkable views in Spring Valley, permanently obscuring the hidden character of this remarkable place.