Have you come across any interesting wildlife news? August 28, 2012 As expected, U.S. gov’t delists the wolves of Wyoming

It’s common to hear a small noisy segment of the citizenry complain how the elk population is down in the southern Yellowstone Park area. 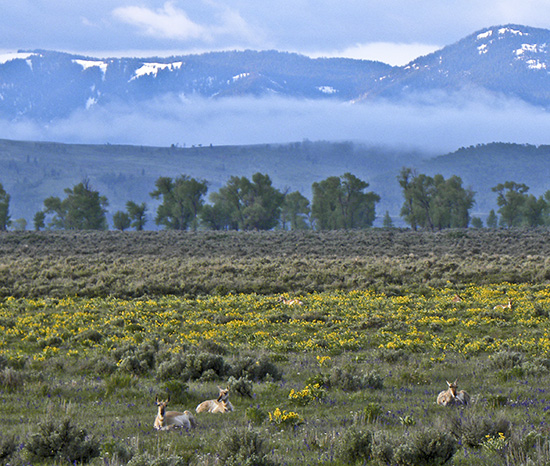 In addition, climate change has slashed moose population in and around Jackson Hole, but there is good news about the pronghorn antelope numbers.  They have climbed to a near record in Jackson Hole and also in closeby areas such as the Gros Ventre River canyon.

The pronghorn migrate into Jackson Hole in May and back out in autumn, and this long migration trek has been threatened by development for years. Fortunately conservation actions have been taken to thwart developments.

No doubt other, additional, factors are at work too to bring the good news of this year. For details see, Valley pronghorn population approaches record level. Yellowstone summer elk count takes a dive.  in the Jackson Hole News and Guide. By Mike Koshmrl.

4 Responses to Jackson Hole pronghorn population is nearing a record