Yellowstone wolf population declines by 25% partly due to hunting near YNP borders Finally, after more than a year one new Mexican wolf is released into the wild

A group of 238 environmental and social justice groups, with a combined membership of many millions, have sent a letter to President Obama asking him to replace departing Secretary of Interior Ken Salazar with Arizona Congressman Raúl Grijalva.  The letter, originally sent to President Obama on December 10, 2012, was re-sent after Secretary of Interior Ken Salazar announced his departure from the position yesterday. 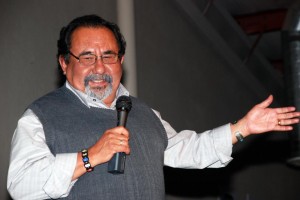 The groups say that they “strongly believe Congressman Grijalva exemplifies the modern and forward thinking vision of the Department of the Interior.”

Grijalva was a reported front-runner for the position during the first Obama position but was passed over due to his position on energy development.  Grijalva has recently expressed little interest in the position but today a Grijalva spokesperson told MSNBC “If they were to call, then that’s a separate discussion,”

The Secretary of Interior oversees some of the most important government bureaus that oversee lands, oceans, wildlife, and the federal government’s trust responsibilities toward Native Americans.