The collar of Grizzly #726, emitting a mortality signal, was detected during a routine flight on September 12, 2012. The collar hadn’t moved for a while so the mercury switch that tells the collar that the bear is still alive hadn’t been triggered, thus increasing the frequency of the beeps heard from the telemetry monitor. That prompted the investigators from Montana FWP to go to the location on the East Fork of Spring Creek on the Agricultural Research Service’s US Sheep Experiment Station (USSES). The bear, a 3 to 4 year old, 392 pound, male, had been collared just a few weeks before on Sawtell Peak in Idaho and was roaming around the Centennial Mountains on the border between Idaho and Montana to the west of Yellowstone National Park along the Continental Divide. It had last been seen by biologists on August 30 – 31st, 2012 on the West Fork of Spring Creek during the previous monitoring flight. 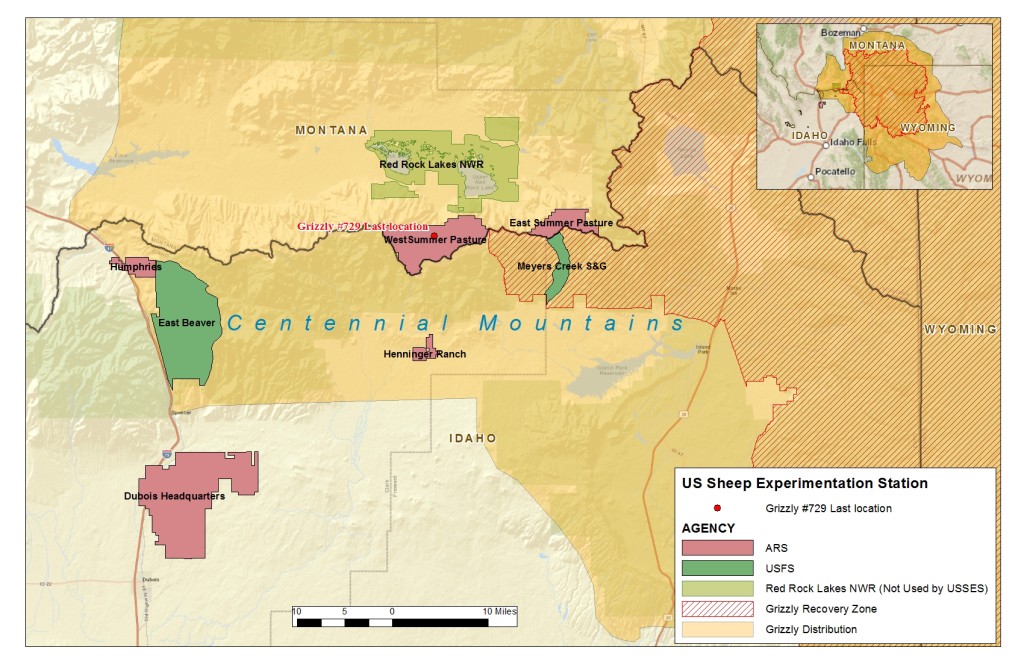 Grizzly #726 at time of capture

When Craig Whitman and Nick Miles, the USGS-Grizzly Bear Study Team biologists sent to investigate, arrived at the location on September 17, they found the collar stuffed under a log in the creek but they didn’t find evidence of the bear. The collar had obviously been cut and then placed in the creek. Next to the creek was a hunting camp and they found at least three sets of footprints that they photographed. They also spoke to two hunters from Wisconsin who were visibly nervous once they were asked about the radio collar but they denied any knowledge of the radio collar. Later, because the hunters were able to show that they hadn’t arrived at the site until the 14th, and the collar was first located in mortality mode on the 12th, the hunters were no longer considered suspects. The remaining set of footprints could not be explained.  You can read the investigator reports here. 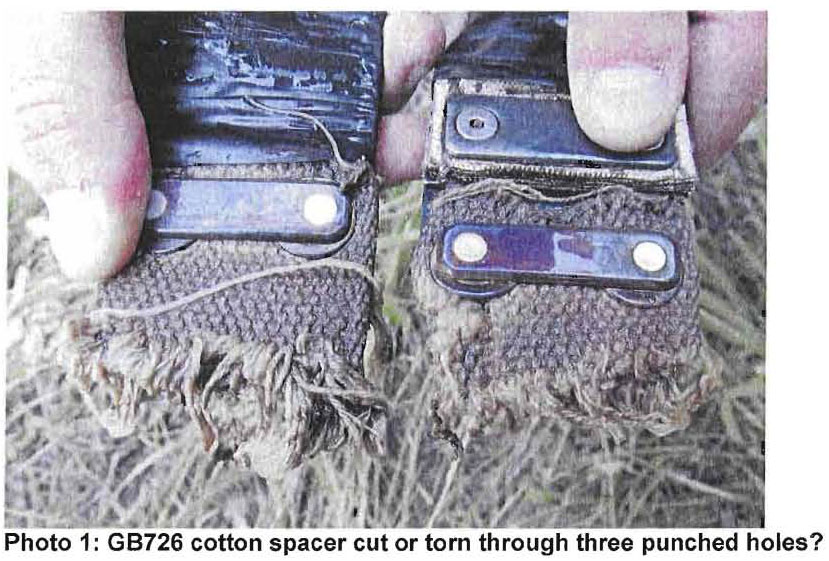 On September 26, investigators took a trained dog to the site where the bear was last seen alive. When investigating the site they noticed that it was right in the middle of where a USSES sheep herder had been stationed around the end of August with a large band of sheep. Upon further search they discovered a single shell casing that was laying on top of dead grass, indicating it had been fired in the recent past, but still did not find any sign of the bear. 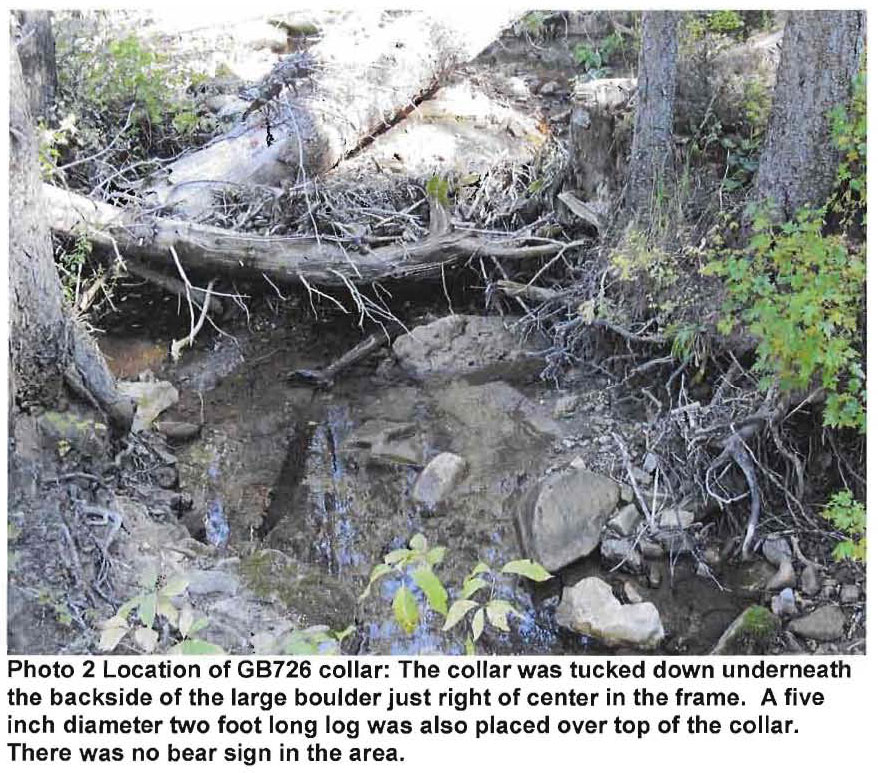 Fast forward to March 17, 2013 when a letter to the editor appears in the Montana Standard from the retired Dillon Field Office manager of the BLM, Tim Bozorth.

It’s pretty obvious that the federal government’s sheep grazing in the Centennial Mountains along the Montana Idaho border killed grizzly bear #726. In this area of Montana and Idaho there is no hunting season in late August and September, so hunters are not to blame. Only the U.S. government sheep herder was known to be in the area when the bear disappeared, hum.

Bozorth isn’t a new critic of the USSES. When he was still the Manager of the Dillon Field Office he also wrote a letter recommending that the ARS close the East and West Summer Pastures that sprawl across a big portion of the Montana side of the Centennial Mountains. He cited the fact that the area is occupied grizzly habitat and a critical corridor for grizzly dispersal to the west as well as a critical corridor between central Idaho and the Greater Yellowstone Ecosystem for many other species ranging from wolves to wolverines. Bozorth also sat on the Yellowstone Ecosystem Subcommittee (YES) and encouraged them to recommend the closure of these pastures as well.

All of this comes at a time when a court mandated NEPA process has stalled. A process to evaluate the USSES started in April, 2009. That year the sheep station conducted an Environmental Assessment that determined that there were significant impacts caused by their activities which required a more intensive Environmental Impact Statement. By agreement between litigants and the USSES, a decision was supposed to be made by March of 2012.

Presumably the stall in decision making is due, in part, to closure of the Bernice allotment to sheep grazing by the BLM last year. This allotment was analyzed in the Draft Environmental Impact Statement and was being grazed each year by the USSES but the BLM closed it to sheep grazing due to the threat that sheep posed to bighorn sheep. There has been no alternative pasture found to replace this one. The stall could also be due to the concerns raised by several other agencies about the impacts of USSES activities on grizzlies and bighorn sheep in the Centennial Mountains.

15 Responses to Grizzly Killing at US Sheep Experiment Station