Cliven Bundy’s Shell Game: Why it Matters to the Tortoise that BLM Finishes what it Started A Response to Paul Clark’s editorial on wolves in Herald News

Do you have some interesting wildlife related news? April 17, 2014 edition

Our readers find a lot of news, and they have many comments. Please post your news and comments below at “Leave a reply.” Here is the link to the old thread that’s now being retired — March 26, 2014. 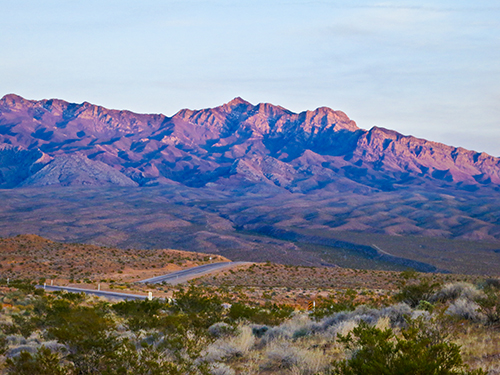 Virgin Mts. at sunset near Bunkerville, NV. Your public land or should it be for grazing illegal cattle? Photo copyright Ralph Maughan. April 2013

446 Responses to Do you have some interesting wildlife related news? April 17, 2014 edition