The newly-signed settlement between environmentalists, ranchers, and the National Park Service puts Point Reyes on the path to resolving conflicts between private livestock and public wildlife on the National Seashore. It requires a forthcoming planning process, during which the public can hold the Park Service to its obligation to manage these lands “for purposes of public recreation, benefit, and inspiration” and to its mandate to leave wildlife and natural resources unimpaired.

Point Reyes National Seashore a favorite recreation area for the more than 7.5 million people who live in the Bay Area, and its recreation value far eclipses the worth of livestock grazing. More importantly, livestock foul and trample beaches and waterways, degrading the natural beauty and health of the environment and harming native wildlife and fishes.

Only 14 ranching operations still graze their livestock on the public lands of Point Reyes. I don’t blame them for wanting to continue their sweetheart deal. It’s in their own self-interest. But it is the taxpayers who bought the lands that became Point Reyes National Seashore, and they should have the final say in what are the best and appropriate uses of their public lands. These ranching and dairying families sold the land years ago at fair market value, and it is long past time to transition the National Seashore lands over to uses that benefit the public as a whole. 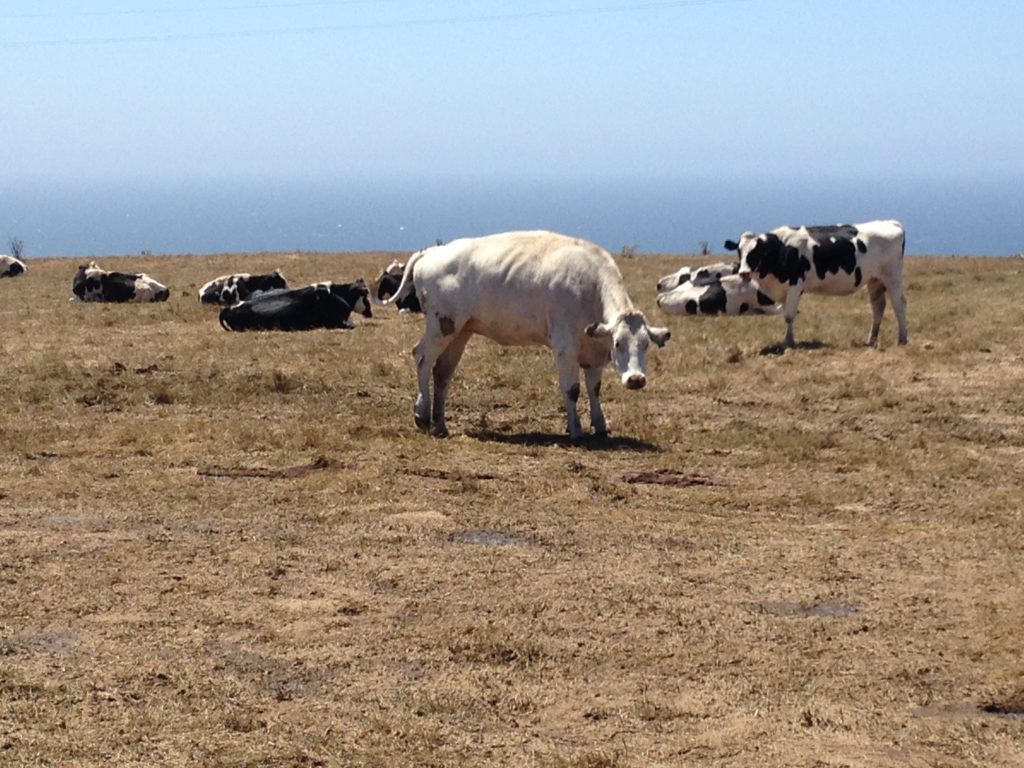 There are plenty of nearby places to grow local food without imperiling rare tule elk and threatened and endangered salmon and steelhead runs on a National Seashore. The Bay Area sits at the doorstep of the Central Valley, one of the world’s most productive agricultural breadbaskets. Much of the food produced there is exported; there is more than enough to supply local markets. In addition, organic farms and artisanal agricultural operations up and down the coast yield an abundance of produce from private lands without infringing on the National Seashore.

While local agricultural lands are not in short supply, certain species of native fish and wildlife certainly are. Tule elk are trying to make a comeback at Point Reyes National Seashore, but ranchers are insisting free-roaming elk be removed, fenced out of lease areas, shot, or sterilized; park policy for the largest elk herd has been to keep them fenced on a peninsula that does not have adequate water and food sources during a drought. Although the Park Service has made progress fencing cattle out of critical streams for endangered coho salmon and threatened steelhead trout, livestock operations in the park continue to accelerate erosion and degrade stream habitat quality.

The settlement puts an end to endless rubber-stamping of grazing lease extensions without assessing the environmental harms to wildlife and habitat, but it does not predetermine an end to livestock grazing on Point Reyes National Seashore. Instead, it requires an updated General Management Plan that analyzes the impact of cattle grazing on tule elk and other wildlife, and fully and fairly considers options that include no livestock grazing or reduced grazing. The four-year planning process will include public review and comment, and in the interim ranching operations can continue on a temporary basis.

Members of the public who love and enjoy the natural beauty of Point Reyes and who would like to see cattle-damaged lands recover will finally get their chance to weigh in on the best uses and management of the National Seashore.

Elected officials will have to decide whether to back the public interest in restoring the natural beauty and ecological health of Point Reyes, to side with a handful of ranchers who want to continue and expand their private commercial enterprise on our public land, or to simply stand aside and let the process work.

At Western Watersheds Project, we stand on the side of nature, and look forward to helping the just transition from agronomy to public benefit on the Point Reyes National Seashore.

Erik Molvar is a wildlife biologist and works as executive director for Western Watersheds Project, a nonprofit environmental group working to protect western watersheds and wildlife. The view expressed in this column are WWP’s alone and do not necessarily represent the views of our co-plaintiffs in the Point Reyes litigation.

9 Responses to Point Reyes a National Seashore, Not a National Barnyard