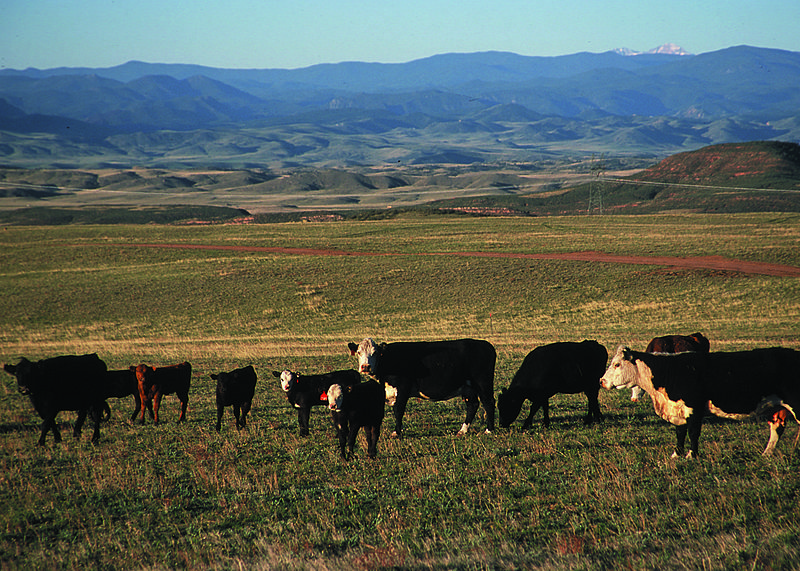 “Some of the best custodians for public lands happen to be our ranchers,” Tipton, R- Cortez, said.

Tipton is ignoring the full impacts of livestock production on our public lands and waters.

Nearly all western ranchers rely on irrigated fields and pastures, hence are the major reason our rivers are dewatered. In Montana, for instance, 95% of the water removed from streams is for livestock hay and other forage crops.

Nearly all the dams in the West are built primarily for irrigation water storage and hence livestock hay and pasture. These dams block migration of fish species like salmon and change water quality so that native fish like humpback chub are negatively impacted.

Livestock trample riparian areas-and livestock are the leading factor in the destruction of western riparian areas and wet meadows which are critical habitat for 70-80 percent of all western wildlife.

Fences that are strewn across our public and private lands block wildlife migrations and are responsible for 30% mortality in sage grouse.

Livestock socially displaces native ungulates like elk, which means they are forced into the less suitable habitat to survive.

Cows are the biggest source of non-point pollution in the West. There are few streams where cattle/sheep are grazed for any length of time that does not exceed EPA E coli standards, not to mention excess “fertilization” from manure.

Cows/sheep trample soil biocrusts that prevent seedling establishment from exotics like the flammable cheatgrass that is hastening the destruction of our sagebrush steppe habitat through excessive fires.

Cows consume the bulk of all forage on public lands which means that much less to support native ungulates from elk to grasshoppers. Even in Greater Yellowstone which has the greatest concentration of native herbivores, 90% of the forage on public lands in the GYE is allotted to domestic animals in the summer months.

The killing of wolves, grizzlies, etc. are routinely done to mollify ranchers. For instance, three wolves were recently killed in the Sawtooth NRA to appease a rancher.

The drainage or destruction of springs to water livestock has led to a huge decline in native snails and amphibians which rely upon these seeps and springs. In many areas, nearly all springs are “captured” for livestock use.

The cropping of grasses reduces hiding cover for many small mammals, birds, reptiles, etc. For instance, grouse tend to do poorly where stubble height is less than 7-10 inches depending on location. And I can attest that finding 10-inch stubble height left after grazing by cows is a rare occurrence.

Did I mention that livestock is among the biggest contributors to greenhouse gas emissions, leading to global warming?

There’s more, but I think you get the point.

There’s no way to operate livestock production in the West without having a significant impact on native ecosystems and wildlife. And Tipton is essentially advocating the destruction of our public lands.