Bison: Still Not Back From The Brink (Reposted from Mountain Journal) Impacts of Mountain Biking 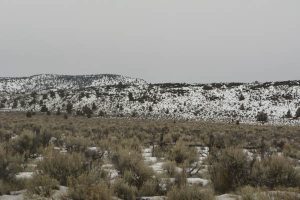 The recent article on juniper mortality in central Oregon demonstrates how most forestry professors have little ecological understanding of ecosystem processes nor even the latest ecological science. https://www.registerguard.com/news/20190530/fire-suppression-drought-increasing-mortality-among-central-oregon-trees

In the RG article,  an Oregon State University forestry professor suggests a lack of low severity fires is contributing to overly dense juniper stands which are vulnerable to mortality. She is quoted, “This is the main reason we see a lack of resilience and mortality during periods of drought, as well as when there are insect or disease outbreaks,” she said. “If nothing is done, such as prescribed burns, this will be compounded in the future according to climate change models.”

Assuming she is quoted accurately and did not have other qualifiers—always a possibility—then I believe her remarks demonstrate a typical bias of most foresters. She suggests that historically fires and I presume she is referring to “low severity” fires, kept juniper woodlands open and park-like. The density she sees today is viewed as “unnatural.”

Most recent studies by ecologists conclude that juniper forests are dominated by stand replacement blazes on 400-600 year rotations. Periodic low severity fires are not part of the juniper ecosystem or at least do not significantly influence their composition.  http://www7.nau.edu/mpcer/direnet/publications/publications_b/files/Baker_WL_Shinneman_DJ_Fire_and_restoration.pdf

Since the “old” paradigm suggested that sagebrush burned at 10-20 year intervals, range professors (who have done most of the work on sagebrush ecology) concluded that if sagebrush were burning this frequently, then juniper would only be able to survive on rocky sites where fires could not reach. Therefore, by this logic, any juniper growing anyplace else was “unnatural.”

However, new research has significantly lengthened the fire rotation of sagebrush from anywhere between 50 and 400 years, depending on location and the sagebrush species.  Most sagebrush species are killed by fire and take decades to many hundreds of years to fully recover from a significant fire.  We have evolutionary evidence that sagebrush did not burn so frequently in the occurrence of sagebrush-dependent species like sage grouse and sagebrush sparrow and pygmy rabbits–all which are sagebrush obligates. If fires were as frequent as some suggest, there would have been little sagebrush growing in much of the West.

Ok, let’s assume the juniper woodlands are dense (although likely this density is entirely normal given the long fire intervals in juniper woodlands). What is wrong with them dying due to drought? Why is this viewed as a problem? The forest is dying and reducing their density naturally to fit current climatic conditions. That is exactly the results we want. And it does not require any manipulation or input from humans.

Many foresters have a difficult time accepting that natural processes, whether insects, fire, root rot, disease, and drought, have a significant role in our forest ecosystems. If a substantial number of trees die from natural agents, the response of most Industrially trained foresters is to stop this loss, typically by killing trees with chain saws.

Of course, the idea that juniper density and range are “unnatural” is used to justify juniper killing projects across the West. Destruction of juniper is thought to increase grasses which by happy coincidence benefits ranchers using our public lands for their private profit. Is this reason to be suspicious of the declaration of war on juniper? Indeed, the science out there is contested.

When in doubt, it always best to use the precautionary principle and modify the natural landscape as little as possible. Unfortunately, that caution is mostly absent from the agencies managing our public lands.