Bighorn Sheep from Two Herds are Sick and Dying Due to Disease Spread by Domestic Sheep Indigenous Burning: Myth and Realities 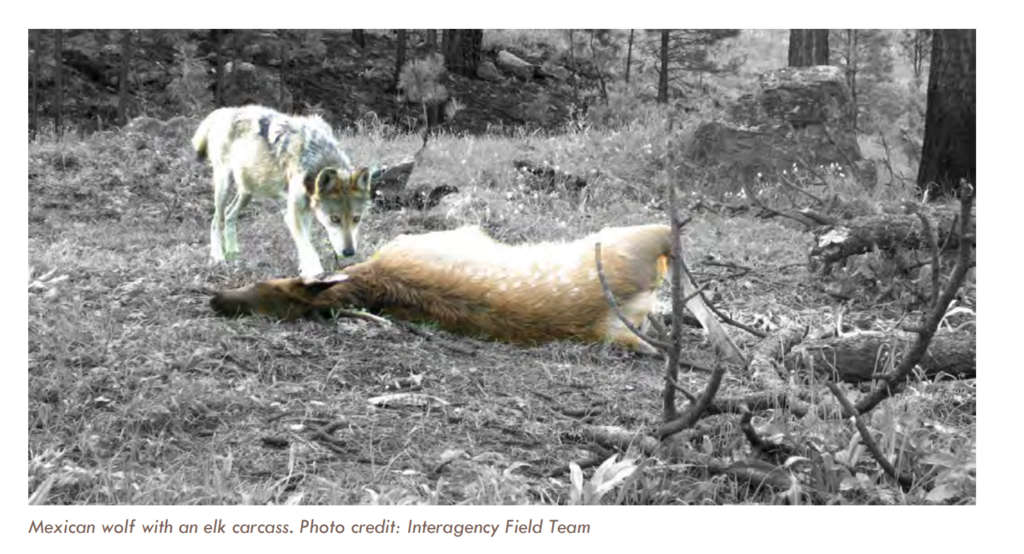 Photo by IFT, from FWS 2018 report on MGW recovery program.

The U.S. Fish and Wildlife Service is right now* working to remove a wolf or wolves from the Sheepherders Baseball Park or Pitchfork Canyon packs on the Gila National Forest of New Mexico, and it doesn’t make any sense. (Not that public lands ranching ever makes sense.)

The permittee gets money under federal livestock programs and gets heaven knows how much support from private funds to increase “toleration” of wolves on over 300,000 acres of public lands in western New Mexico in the heart of wolf country. Taxpayers subsidize the heck out of the grazing fees being paid for the privilege on being on these wild places. The rancher lost something like a dozen cows of the 700 cow/calf pairs they’ve been running on the forest all summer (Edit: An earlier version of this post incorrectly stated the current authorization at the level of permitted use, or 3000 yearlings. Edited again: The Forest Service says the permittee has only been running 400 head this year.). Twelve. You might think someone with that many cows could afford to just suck it up and let endangered species recover on public lands, but don’t ask me to explain capitalism to you.

So, here we are with a wolf removal pending mere days away from his livestock off-date. (Actually, the livestock off-date was two weeks ago, but the Forest Service gave the rancher an extension in the middle of all this depredation. I repeat, no sense.)

The Fish and Wildlife Service has thus far ignored my offer to coordinate volunteers to wolf-sit the allotment until the cows go home this week, a free 24-hour service to temporarily increase human presence and keep the wolves away from the problematic cows on the national forest. But I said I’d only rally people to camp in the cold if I could get a guarantee they wouldn’t remove any wolves, and I haven’t heard back.

It sure seems like if the rancher wants wolves removed, it doesn’t matter what the rest of us want. Hundreds of public comments in opposition, free labor to solve the problem, cows that are being moved anyway, federal subsidies up the wazoo, and we’re still risking the lives of two wolf families and their young pups by trapping lobos on public land.

Five wolves have been killed this year by the government in the name of “increased social tolerance.” (That’s five out of ~160 or 3 percent of the entire wild lobo population.) It’s a funny way to work towards wolf recovery, by killing them, but no one asked us and apparently, no one is listening to us either.

More information is online here.  In case you want to write in (and I hope you do), keep it civil** and make more sense than they do: mexicanwolfcomments@fws.gov

*The FWS will neither confirm nor deny whether they have a wolf removal order pending, but I’m awfully worried that they do.

** Don’t make stupid threats, please. There are good people working on this program and when pro-wolfers sound like lunatics, they think we’re all a little batty. Keep it kind.