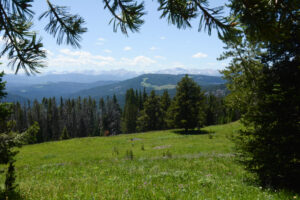 The Buffalo Horn drainage in the Gallatin Range. The Gallatin Range is the largest unprotected landscape in the northern Yellowstone Ecosystem. Photo by George Wuerthner

The Gallatin Yellowstone Wilderness Alliance (GYWA) has produced draft legislation to protect the wildlands of the Northern Yellowstone Ecosystem that we intend to get introduced into Congress.

Our goal is to ensure that the Greater Yellowstone Ecosystem remains functional in the future.  We support designated wilderness under the 1964 Wilderness Act, the Gold Standard for land protection to preserve the Custer Gallatin National Forest’s critical wildlife habitat and significant wildlands (CGNF).  We also identify more than 50 stream and river segments that should be designated as Wild and Scenic Rivers.

There are more than 700,000 roadless acres that qualify as wilderness on the CGNF. Among the largest roadless parcels are found in the Gallatin Range, which is the largest unprotected wildlands in the northern portion of the Greater Yellowstone Ecosystem. 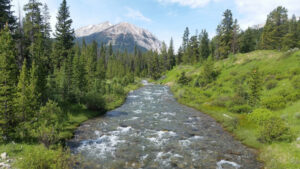 The Taylor Fork in the Madison Range. Photo by George Wuerthner

It is important to note that the CGNF is simply not the Nation’s wood box, feedlot, or an essential recreational thrillcraft area. There are other parts of the country which are better landscapes to practice these activities.

What the CGNF  offers is the opportunity to protect an intact, functioning ecosystem. As home to some of the Nation’s best wildlife habitat, safeguarding these wildlands values should be the highest priority for federal management. That is the goal of our proposed legislation. 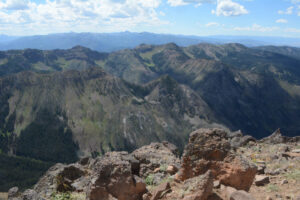 Other areas proposed for wilderness designation include 43,000 acres of the Lionhead area of the southern Madison Range by West Yellowstone. 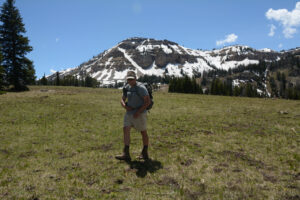 Lionhead Peak in the Madison Range. Photo by George Wuerthner 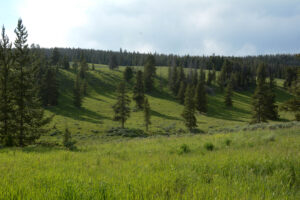 The existing Absaroka Beartooth Wilderness is surrounded by numerous roadless acres, which GYWA propose for wilderness designation. The most significant proposed additions include the 56,000 acre Dome Mountain to Emigrant area by Chico Hot Springs. This is an important wildlife migration corridor for animals moving out of Yellowstone to the state’s Dome Mountain Wildlife Management Area. 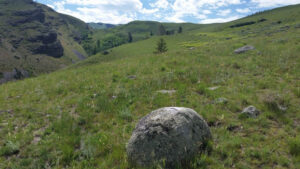 The Dome Mountain Wildlife Area is a critical migration corridor between Dome Mountain and Emigrant Peak. Photo by George Wuerthner

Another sizable potential addition to the AB Wilderness lies in the Deer Creek drainages near Big Timber, Montana. With some minor road and ATV trail closures, approximately 129,000 acres could be added to the wilderness. The Deer Creek area is lower elevation terrain with many meadows. Much of the area burned, and there is a tremendous amount of aspen and other shrubs like chokecherry regrowth providing excellent wildlife habitat. 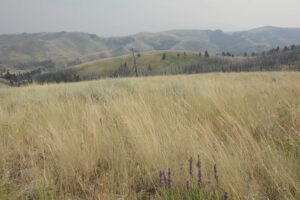 The various branches of Rock Creek by Red Lodge also contain significant roadless lands and the Line Creek Plateau, all of which could be added to the Absaroka Beartooth Wilderness. 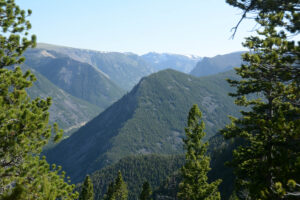 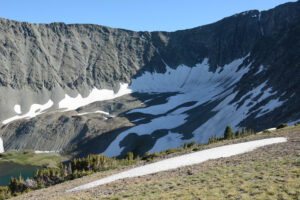 The Crazy Mountains are a heavily glaciated mountain range near Livingston, Montana. Photo by George Wuerthner

The spectacular Bridger Range forms the backdrop for Bozeman and the Gallatin Valley. Although a significant amount of the range is already developed, including the Bridger Bowl Ski Area, there are still 41,000 acres that qualify as wilderness. Another 12,000 acres in the northern Bridger Range are also proposed as wilderness. 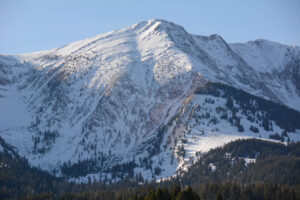 South of Billings lies the Pryor Mountains. These mountains contain some of the most extraordinary diversity of plant species in Montana. The Pryors are home to over 40% of all plant species known to exist in Montana. Rising to nearly 9,000 feet elevation, with subalpine meadows that drop down to some of Montana’s most arid lands, the Pryors provides habitat for species reaching their northern limits here, including Utah juniper, white-tailed prairie dog, and Pallid bat. There are four Forest Service roadless areas of more than 45,000 acres plus additional adjacent Bureau of Land Management lands which could be designated as wilderness. 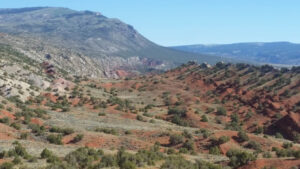 The Pryor Mountains are an isolated but spectacular mountain range south of Billings, Montana. Photo by George Wuerthner

Finally, on the Ashland Ranger District, there are several small roadless areas–Tongue River Breaks, Cook Mountain and King Mountain– dominated by ponderosa pine and northern plains grasslands that should be designated as wilderness. 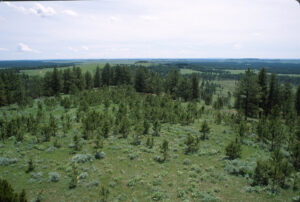 With your help, we can achieve the long-term goal of preserving the Greater Yellowstone Ecosystem’s ecological integrity. Please join us.