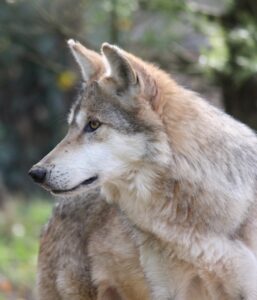 The Arizona Game and Fish Department has been busy promoting recently published research which documents ample habitat for Mexican wolves in Mexico. This supports the recovery criteria in the U.S. Fish and Wildlife Service’s official recovery plan and the Department’s desire to assume management of Mexican wolves, which will occur when the delisting criteria have been met. It also supports the Department’s position that wolves shouldn’t be allowed to go north of Interstate 40 into suitable and protected habitats in northern Arizona, Utah, northern New Mexico, and Colorado, despite the potential for Colorado to consider Mexican wolves in their current voter-mandated wolf reintroduction effort. And it supports the Department’s hardline, unscientific position that the number of wolves allowed to live in the U.S. should never exceed 325.

What the Department hasn’t been readily admitting is that predicted habitat availability and restoring a sustainable wolf population on the ground are separate things. Models that predict suitable habitat and sufficient prey do not address the question of the feasibility of wolf recovery success in Mexico. Mexico has far fewer protected public lands than the United States. Most of the best habitats in Mexico are on private lands and long-term protections in place on those lands vary. Mexico’s wolf recovery program is staffed by tenacious, dedicated biologists, but it is only recently succeeding again after a few years of uncertainty with regard to federal priorities and funding. These complexities cannot be overlooked because the ESA requires that conservation efforts are “sufficiently certain to be implemented and effective.” The United States has no authority over the sovereign nation of Mexico and should not expect them to shoulder the weight of species’ recovery as a way to avoid thorny politics in our own country.

We need to put our own house in order – and soon – if we intend to meaningfully recover this subspecies north of the international border. The wolves in the wildlands of Arizona and New Mexico are, on average, as closely related as brothers and sisters. The genetic bottleneck facing this population is real and threatens their persistence.

If the Arizona Game and Fish Department really wants to support wolf recovery, it would stop preventing the releases of adult wolves and wolf families into the state. The Department repeatedly caps the potential for new genes by only allowing twelve pups to be cross-fostered into the wild population each year. Cross-fostering is a useful and important tool, but one with significant downsides for rapidly addressing the genetic health of the population. Meanwhile, genetically important adult wolves ready for wild-releases are languishing in captive breeding facilities precisely because of Arizona’s recalcitrance. Claims are made that releasing captive adults causes more conflict with humans, but the truth is, the release of a well-bonded pair with pups hasn’t been tried since 2006, and we’ve learned a lot since then. Releasing breeding pairs into the wild would more quickly boost population genetic diversity, but both Arizona and New Mexico have been keeping that off the table despite scientific recommendations.

Dave Parsons is a retired wildlife biologist who worked for the U.S. Fish and Wildlife Service for 24 years, during which he oversaw the Mexican wolf recovery program. He is currently a Wildlife Biologist with Project Coyote (@ProjectCoyote) and The Rewilding Institute (@Rewilding)