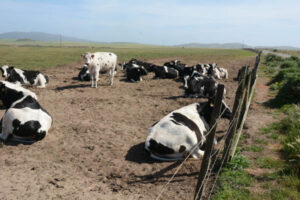 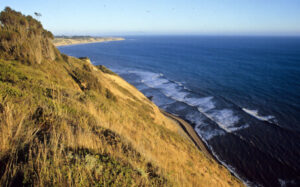 Point Reyes is a spectacular landscape of open prairies and patches of woodlands home to 460 species, 876 plants, and many different marine and terrestrial mammals. In addition, the seashore harbors a hundred listed rare, threatened, and endangered species, an incredible diversity given the seashore’s relatively small size. 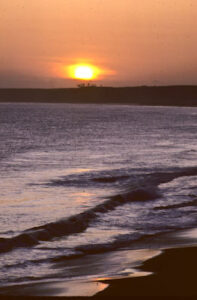 While the peninsula possesses unquestioned scenic value, Point Reyes National Seashore’s ecological significance is recognized by its designation as an international biosphere reserve, part of the UNESCO’s Man and the Biosphere program. 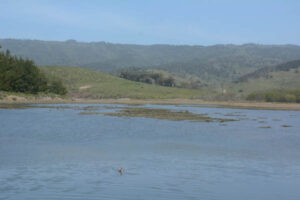 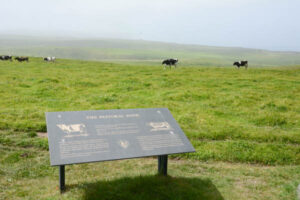 The controversy over livestock grazing and ranching in the Park has existed for decades. The origins date back to the original creation of the Park in 1962 when the Enabling Act directed the federal government to acquire ranches, paying fair market value for their lands (around 100 million in today’s dollars). In an act of generosity, the Park Service even acquiring the property permitted ranchers to continue using their homes and ranches for 25 years or upon the death of the owner/spouse. However, when the 25 years were up, some of the ranchers used their political power to garner additional decades of continued grazing in the Park. 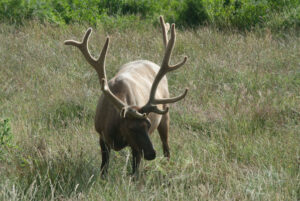 Elk are trapped behind a fence in part of the park where hundreds have died from thirst during a drought. Photo George Wuerthner

This lease arrangement with ranchers came to a head when drought conditions from 2012 to 2014 caused the death of half of the elk population trapped behind a fence constructed to keep elk confined to a small waterless 2000 acre parcel of the seashore. 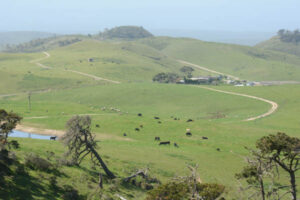 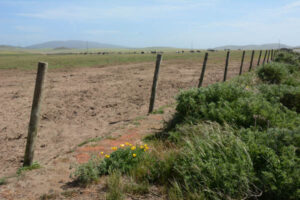 Even the presence of fences is an impact that inhibits wildlife movement, as well as access to publicly owned lands by the public. Photo George Wuerthner

Recently, with the vocal support of Congressman Jared Huffman and Senator Diane Feinstein, as well as “foodies” in the Bay Area, the ranchers have successfully garnered another reprieve for an additional 20 years in the new management plan.

In addition, the new NPS plan also allows the ranchers to operate other commercial ventures on the public’s land, including row crops and operation of bed and breakfast (using the publicly-owned houses for this purpose). 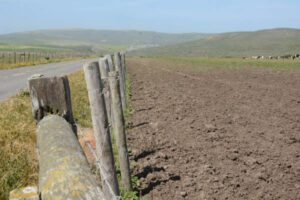 The NPS has created a 28,000 acre “pastoral zone” grazed by 15 ranches in Point Reyes National Seashore with another 9 ranchers using 10,000 acres in the Golden Gate National Recreation Area. 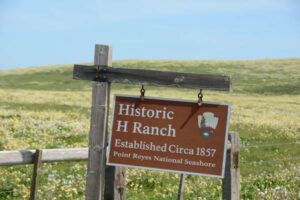 Park Service interpretative signage promoting ranching as a “historic” activity– so was whaling, beaver trapping, and many other economic activities, but we don’t promote them in our parks or anyplace else. Photo George Wuerthner

The continuation of ranching at Point Reyes is a direct violation of its Enabling Act mandate. The legislation requires that Point Reyes National Seashore “shall be administered by the Secretary without impairment of its natural values, in a manner which provides for such recreational, educational, historic preservation, interpretation, and scientific research opportunities as are consistent with, based upon, and supportive of the maximum protection, restoration, and preservation of the natural environment within the area.” 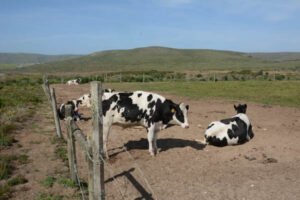 Livestock use of the park does not provide maximum protection restoration and preservation of the NATURAL environment as mandated by the Enabling Act. Photo George Wuerthner

Worse from an ecological perspective is the grazing at Point Reyes is not preserving the natural environment as required by the original legislation. One of the most polluted streams on the entire California coast flows from this national Park into the ocean. 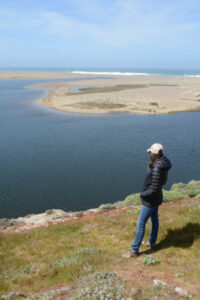 Abbotts Lagoon, one of the estuaries of the park polluted by livestock manure. Photo Geogge Wuerthner

A January 2021 monitoring of surface waters in the Park concluded that: ”bacteria contamination of surface water significantly exceeds applicable water quality criteria despite the reported implementation of cattle waste management actions.” The report goes on to conclude that: “Imminent human health risks exist regarding exposure to bacterial contamination in surface water, particularly for locations with documented or likely direct water contact.” 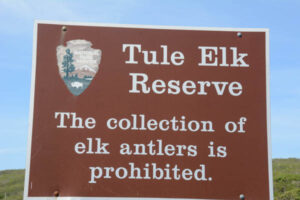 Elk are not free to wander the National Seashore but are sequestered behind fences to keep them away from livestock operations. Photo George Wuerthner

Tule elk, a rare subspecies native to California, nearly extirpated across the state, reside n the Park. Point Reyes is the only National Park unit where Tule elk are found. But according to the NPS plan, they will be killed by the NPS if their numbers rise above a few hundred to keep them from competing with the private cows for forage. 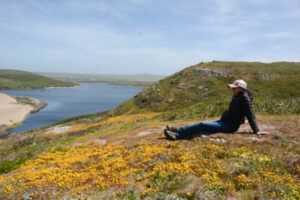 Tourism, including the more than 2 million visitors to Point Reyes accounts for far more of the income generated in Marin County than Agriculture that provides less than 0.2% of income. Photo George Wuerthner

Even though of the 23,000 comments on the proposed EIS for the Management Plan received by the NPS, 90% opposed extending ranching at the Park and supported protecting the elk.

Though the NPS suggests that ranching is an essential component of the local economy, all Ag, which includes more than just livestock grazing, in Marin County accounts for only 0.2% of income. At the same time, Leisure and hospitality, including 2 million visitors to Point Reyes, contributed to 10.8% of all income. 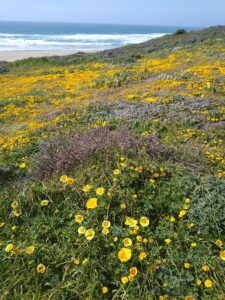 Flowers at Kehoe Lagoon where monitoring has shown E coli bacteria to be 300 times the legal limits. Photo George Wuerthner

Fortunately for the public, Western Watershed Project, the Center for Biological Diversity, Resource Renewal Institute, with the legal help of the Advocates for the West legal team, is suing the Park Service over its management plan. Let’s hope they prevail, and Point Reyes is restored to its highest value as an ecological and wilderness preserve