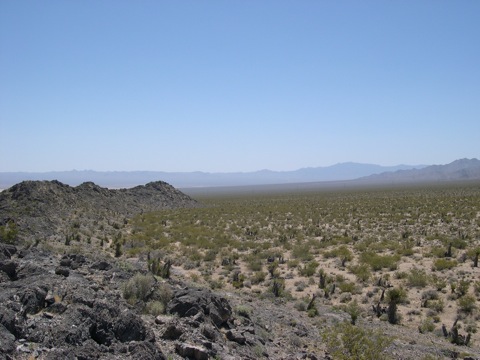 Secretary of the Interior Salazar is about to initial a series of major giveaways of public lands in California to industrial-scale solar power producers. These “fast-tracked” power plant projects have had truncated environmental reviews in the current administration’s rush to place huge chunks of public land in the hands of developers to build on them at public expense.

The Ivanpah Solar Power Plant project is a prime example. The project’s proponent, BrightSource Energy, will build an experimental “power tower” solar power plant on over five and a half square miles of high quality desert tortoise habitat in California’s Ivanpah Valley. The 1.7 billion dollar project will be primed with $1.3 billion in public “economic stimulus” funds provided by the American Reinvestment and Recovery Act.

The project is the first of a number of power plants proposed for public lands in the Ivanpah Valley. A photovoltaic plant is planned right next door to the Ivanpah power plant. Just down the valley over the Nevada border is the proposed Silver State power plant. These and other projects will block off the Ivanpah Valley, turn the North Ivanpah Valley into an industrial zone, and will have major consequences for rare and endangered wildlife. Although the ESA-listed desert tortoise population is declining, the Ivanpah power plant will split the North Ivanpah Valley, eliminate desert tortoise habitat, require that resident tortoises be relocated placing them and any resident tortoises at the relocation site in danger, and will severely compromise connectivity and gene flow between important desert tortoise populations. It will also impact foraging for bighorn sheep and other wildlife, a number of rare plants, and an assemblage of barrel cactus unrivaled elsewhere in the Golden State. Native Americans cultural remains including unusual stone structures will be stranded in a sea of mirrors. The agencies don’t know what these structures are, so how can they be important? No matter that the local Chemehuevi Indians don’t share that view. 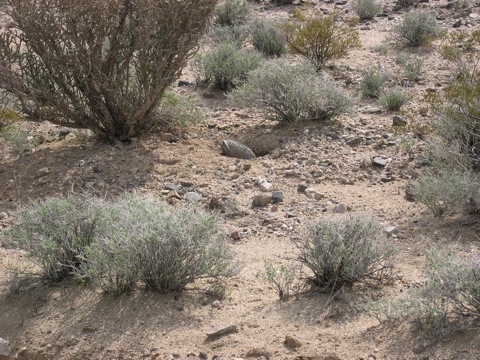 Female desert tortoise resting on the apron of her burrow about to get a power plant built on her doorstep. (2010) © Michael J. Connor, Ph.D.

Western Watersheds Project and other conservation groups intervened in the California Energy Commission’s licensing process for this poorly located project. Despite testimony to the contrary, the Commission ignored the science related to desert tortoise, issued findings of “overriding concern” with respect to biological, visual and other concerns, and voted to license the project. 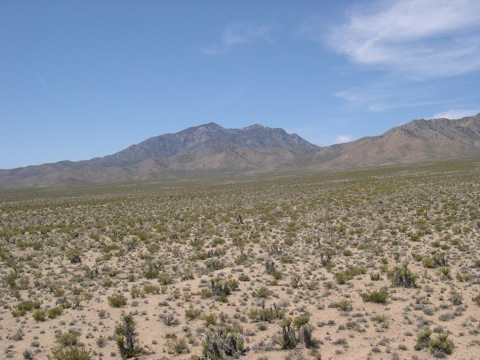 But there are alternatives to this project. Experience shows that encouraging conservation and efficiency is the most effective means of reducing energy use not building new power plants. There are degraded private lands where “green” alternative energy power plant projects could be built. There are other possible sites such as dry lake beds that could better recover once the solar power plants built on them are deemed obsolete, which they inevitably will be. Photovoltaic technology is improving in leaps and bounds making roof top solar and other distributed energy options much more efficient and cost effective. The environmental review for the Ivanpah power plant was simply propelled by the $1.4 billion in tax payer money.

Western Watersheds Project firmly supports the role of science in making sound decisions on uses of our public lands. The Environmental Protection Agency’s analysis of records from land stations and ships shows that the global mean surface temperature has warmed by about 0.9°F since 1880. This warming is predicted to accelerate as greenhouse gases generated by 6.9 billion humans accumulate in the atmosphere. Unfortunately, building the Ivanpah and other power plants is not tied to closure of any of greenhouse gas belching power plants. The agencies argue that somehow these plants will result in loss of dirty coal and gas plants through competition. Unfortunately, if anything reducing energy costs is more likely to result in increased energy use. In the rush to initiate yet another techno-fix that benefits private corporations the agencies have failed to take a critical look the environmental impacts of these projects, and sacrificing public resources without the benefit of a long term strategic view. Human response to climate change does not require the wholesale sacrifice of precious public lands and important resources, rather these resources provide insurance against climate induced environmental catastrophe. Secretary Salazar’s quick-fix approach is neither clean nor green. 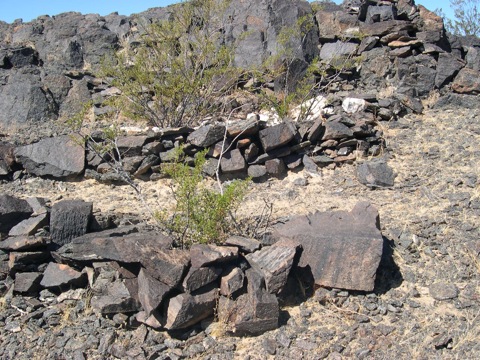 3 Responses to Ivanpah Power Plant – Not Clean Not Green