Although, it is just “an adjustment” under the adaptive management in the Interagency Bison Management Plan (IBMP), Governor Steve Bullock’s decision could eliminate one of the most contentious parts of the 20-year battle over bison leaving Yellowstone Park.

Governor Bullock  would allow bison to roam year round to the west and north of Yellowstone Park. Allowance for bison here in “suitable habitat” will be along U.S. Highway 191  northward to the Taylor Fork Drainage — all directly west of the Park. The bison would not be hazed back into the Park in the springtime. Bull bison would be permitted to roam in the Gardiner Basin. This is from the Park border town of Gardiner northward to the entrance of Yankee Jim Canyon. 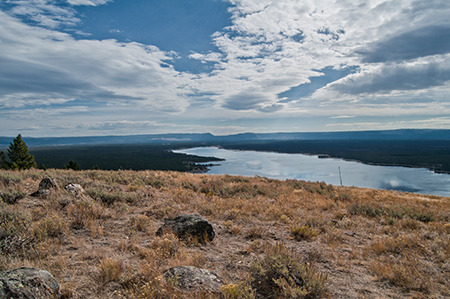 These locations have a topography that naturally tends to contain bison, unlike the Park boundary which is just a straight line, often across featureless terrain.

It is not certain that Bullock’s decision will prevail. A statement from his office reads, “Before the decision is implemented under IBMP procedures, it must be adopted by the IBMP partner agencies under their standard process for adaptive changes to the IBMP.”

In past years, the annual hazing of bison back into Park has caused a great disturbance in the Park’s backcountry with machinery chasing bison through pristine park backcountry.

Adoption of the governor’s decision would not mean an end to government and livestock interest group efforts to reduce the Park’s bison population. The large Park population remains controversial, and so does the nearly annual planned capture of bison for the slaughterhouse. New policies are needed to close the gap between unpleasant bison slaughter outside the Park’s borders or overpopulation of the bison inside the Park.