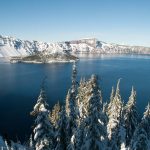 In recent weeks, misinformed Douglas County politicians have expressed opposition to the 500,000 acre Crater Lake Wilderness proposal based on the misguided belief that wilderness designation poses a wildfire threat. They argue that “active management,” meaning logging, can preclude or prevent such blazes. But this demonstrates a fundamental failure to understand fire ecology.

A recent study by Oregon State Forestry School found that the most severe wildfires are located on private forestlands where “active management” is most prevalent. Another study of 1,500 wildfires across the West found that fire severity was lowest in protected landscapes like a wilderness area, while lands, where active management (read: logging) occurred, had the highest severity blazes.

While this may seem counterintuitive, the reason has to do with the factors that drive wildfires.

First, most wildfires are human ignitions. There is a strong correlation with access to logging roads and the number of fire starts. Wilderness, because it prohibits roads, has far fewer actual fire ignitions.

Second, the driving force in wildfires is drought, low humidity, high temperatures, and high winds. In particular, all large fires are driven by high winds. With these “extreme fire weather” conditions, wildfires pass through and around any “fuel breaks.”

But even more importantly, logging and thinning by opening up the forest to greater warmth, drying, and wind penetration enhances wildfire spread.

But that is only part of the issue. Logging is not benign.

Logging roads are a significant vector for the spread of weeds and sediment that clogs streams. Logging fragments forests and removes the biomass (i.e., trees) that are critical wildlife habitat for many species. Logging activities disturb and sometimes displace sensitive wildlife like grizzly bears and elk.

Worse for the long-term health of our forest ecosystems, logging indiscriminately removes trees. Yet, all forest stands have genetic variability. For example, some trees are more resistant to drought or bark beetles. Some trees grow better under cold temperatures while others are adapted to heat. Logging has been shown to reduce the genetic diversity of our forests, thus reducing the resilience of forest ecosystems.

Climate change is imposing many stresses upon our forest ecosystems. Perhaps one tree in a hundred might have a genetic ability to tolerate higher temperatures or extract more moisture from the soil. None of these genetic adaptations are visible to the forester with a tree marking paint gun.

With climate heating, perhaps the most significant value of unlogged and unroaded forests is their storage of carbon. Logging is the biggest source of CO2 emissions in Oregon. Some 28% of tree carbon is contained in branches, cones, and needles, which is typically released when burned in slash piles after logging. Another 53% of the carbon stored in trees is lost as waste in the manufacturing and milling process. Overall, about two-thirds of the carbon in trees that are logged for lumber quickly become greenhouse gas emissions.

Even forests charred by wildfire store far more carbon than a thinned/logged forest. For instance, in Oregon, more than 35% of the statewide greenhouse gas emissions are the result of logging, while wildfires emit about 4-5% of carbon. Across the country, wood product production emits more than 10 times the amount of carbon as do the combined emissions of wildfires and bark beetle.

Keeping carbon in the forest is analogous to keeping fossil fuels in the ground. If we reduced fossil fuel burning and protected our forests from logging, we could take a considerable chunk out of our annual carbon emissions and maintain healthy forest ecosystems, and ultimately a healthy planet.

This brings me back to the Crater Lake Wilderness proposal. By storing carbon, reducing roaded access, limiting fire ignitions and reducing fire spread, wilderness designation is by far the best land management option.