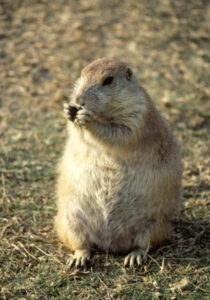 Years ago, I went out of my way to visit the Thunder Basin National Grassland. With a name like “Thunder Basin,” how could I resist.

The Thunder Basin National Grassland is located in northeastern Wyoming in the Powder River Basin between the Big Horn Mountains and the Black Hills. Short-grass plains dominate it.

The purpose of the amendment is to make it easier to kill prairie dogs on the Thunder Basin National Grassland. Of course, the Forest Service (FS) does not explicitly say that, but that is the document’s result.

The black-tailed prairie dog is considered a “sensitive species” by the Forest Service. But they seemingly sacrifice the animals to protect livestock interests using our public lands.

Indeed, in making its decision to reduce the acreage of protected prairie dog towns on the Thunder Basin National Grasslands, the Forest Service specifically said one of its reasons for prairie dog control was to preserve the culture of local communities that have traditionally relied on livestock grazing.

It’s preferred alternative would reduce the area on the Thunder Basin National Grasslands where prairie dogs are protected from poisoning programs from 33,000 acres to 10,000 acres with the caveat that the occupied territory could be reduced to 7,500 acres during drought conditions before prohibitions against poisoning are enforced. 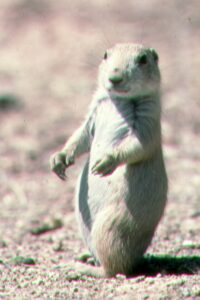 Besides, there will be ¼-mile boundary management zones around private and state land within which control of prairie dogs will be prioritized to reduce impacts to surrounding landowners. In specific circumstances, management zones may be expanded to ¾ mile. Priority for control will also be given within 1 mile of residences and where prairie dogs are causing damage to private or public facilities.

The FS explicitly says that the purpose of this amendment is to maintain “the history and culture of local communities that have traditionally relied on livestock grazing for economic vitality.” Of course, part of the local “custom and culture” is killing prairie dogs, so I guess the agency recognizes this and wants to accommodate parochial “traditions.”

The Forest Service relied on a local collaborative to come up with suggestions about prairie dog management. Like most collaboratives, the collaborative was dominated by local people like county commissioners, ranchers, and others who generally oppose prairie dog expansion, much less survival.

Not surprisingly, the amendment, the agency says: “is intended to help balance resource use when drought reduces forage available for livestock. They assert “that 7,500-acre drought objective will remove some competition for forage by prairie dogs during this time.”

In other words, there is going to be a lot of killing and not much habitat available to prairie dogs.

The amendment was prompted by the expansion of prairie dog colonies between 2015 and 2017.

The favorite means of “control” is Zinc phosphide. The chemical is mixed with a grain like oats and spread liberally across a prairie dog town. When consumed, zinc phosphide is converted to phosphine gas in the animal’s stomach. Vomiting, often hemorrhagic, is a common presenting sign in animals capable of vomiting. Tachypnea, ataxia, weakness, trembling, collapse, seizures, and death usually ensues, and any prairie dog unfortunate enough to consume the poison will die a horrific demise.

The management of prairie dogs on public lands is another example of how public agencies fail to protect the greater public interest and generally respond to local industry interests—in this case, the livestock industry.

The irony is several studies have demonstrated that livestock prefers to graze on prairie dog towns, as do bison. https://www.ncbi.nlm.nih.gov/pmc/articles/PMC4356543/ 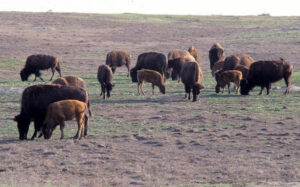 Their burrowing activities also increase soil nematodes and nitrogen on sites—all of which contribute to higher nutritional content, higher digestibility, and more live-plant to dead-plant rations.

There are five species of prairie dogs in North America–Utah (listed as endangered in 1973 and later downgraded to threatened species), Gunnison, white-tailed, Mexican (listed as an endangered species 1970), and the black-tailed.

Over the years, several individuals and groups, including myself, have petitioned to have black-tailed prairie dogs listed under the Endangered Species Act. They were considered “warranted” but precluded, but even this status was eliminated by the Fish and Wildlife Service in 2009.

Indeed, in 1997 I published a paper with the title: Black-tailed prairie dogs—heading to extinction? You can read it here. https://journals.uair.arizona.edu/index.php/jrm/article/view/9244

Black-tailed Prairie dogs are residents of the West’s short grass plains and once were abundant from Texas (and northern Mexico) all the way into Alberta. Indeed, at one time, they were so plentiful that prairie dog towns stretched for miles across some regions. They have been eliminated over 95% of their range. https://www.ncbi.nlm.nih.gov/pmc/articles/PMC4356543/

Given how numerous prairie dogs were, it is not surprising that they are considered a “keystone” species upon which many other species depend. Prairie dogs increase habitat heterogeneity and biodiversity at multiple scales across the landscape by creating burrows and areas of open grassland habitat that differ from the surrounding areas and serve as habitat for other species.

For instance, in Welfare Ranching: The Subsidized Destruction of the American West (2002), biologists Lauren McCain, Richard Reading, and Brian Miller write that over 200 species have been associated with prairie dog towns. The list of dependent species includes golden eagles, badgers, and long-tailed weasels. 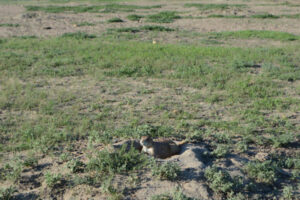 Some like the black-footed ferrets rely almost exclusively upon prairie dogs for 90% of their diet. And the swift fox, a small native fox of the plains, also depends on prairie dogs and ground squirrels, and as recently as 1995 was also petitioned for listing.

Other species closely tied to prairie dog towns like the burrowing owl, ferruginous hawk, and mountain plover have all suffered severe declines.

At one time, there were an estimated 5 billion black-tailed prairie dogs in the West. Today the best estimates suggest there may as many as ten or 15 million. That sounds like a lot of animals, but keep in mind the passenger pigeon once numbered in the billions as well. Today all prairie dog species are severely reduced in numbers, fragmented, and periodically decimated by sylvatic plague, so entire towns are wiped out and abandoned.

In addition to plague, prairie dogs continue to lose habitat when grasslands are converted to row crops like wheat and corn, not to mention active poisoning programs by the federal and state governments. In some cases, “hunters” (I use the term loosely) get a big kick out of blasting prairie dogs to see the “red mist” of blood rising.

This tendency for massive die-offs is why limiting prairie dog colonization and expansion is so dangerous. Prairie dog numbers can decline rapidly due to the plague and frequently result in local extirpation. Since prairie dogs only move 3 miles or less, once a town is lost, it may not be recolonized.

The federal government has spent years trying to restore and recover the black-footed ferret. The biggest obstacle is that few prairie dog colonies are large enough to sustain a viable ferret population. And natural events like drought can reduce colony size, coupled with poisoning programs and plague. Any one of these factors, or in combination, can quickly annihilate a local ferret population.

The Wyoming Ferret management plan admits that approximately 4,500 acres of black-tailed prairie dog colonies are necessary to support at least 30 breeding adult ferrets. More than 15,000 acres are needed to sustain at least 100 ferrets. Today there are only about 300 ferrets in the wild, and estimates suggest it will require 3000 to delist them. 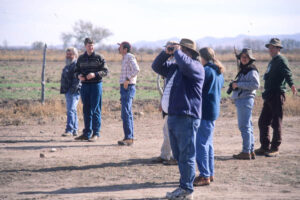 What all this suggests is that the federal government is not serious about protecting prairie dogs, nor their associated wildlife like ferrets, swift fox, and mountain plover if it conflicts with livestock operations on OUR public lands. 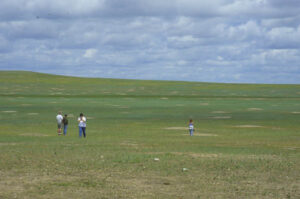 Many people enjoy viewing and watching prairie dogs. They are part of our wildlife heritage. Photo by George Wuerthner

The management plan for Thunder Basin prairie dogs is a license to kill prairie dogs. It is another example of how federal agencies like the Forest Service put private businesses ‘ like welfare ranchers feeding at the public trough ahead of the public interest in protecting its wildlife and lands.

If we can’t have sufficient numbers of prairie dogs here on the Thunder Basin National Grassland, where can we?

The Forest Service did not attempt to answer this question in its amendment to the Thunder Basin Grazing National Grassland, but it is something that we need to ask repeatedly.