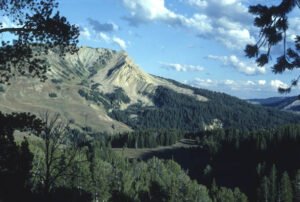 A recent proposal by the Bridger Teton National Forest threatens the ability to retire grazing allotments on public lands through permit buyout.

Grazing on public lands is a privilege, not a right. Nevertheless, the political power of the livestock industry makes it nearly impossible to remove domestic animals even where there is apparent damage to public values like water quality, wildlife habitat, and wildlife.

A potential solution has been the Voluntary Grazing Allotment Permit Buyout. The way it works is an agreement is reached between a rancher and some funding source, typically a private foundation or conservation organization, to close the allotment in exchange for a mutually agreeable fee. Usually, the managing agency, whether the Bureau of Land Management, Forest Service, or National Park Service, often agrees to close the allotment to future livestock use.

However, unless there is Congressional legislation, any permit retirement is potentially available for restocking.

In the past 30 years, almost a million acres of grazing allotments have been retired and closed on the Bridger Teton National Forest, much to the benefit of wolves, grizzlies, bighorn sheep, elk, trout, amphibians, and other wildlife.

As a result of a permit buyout agreement between the National Wildlife Federation and sheep ranchers, six allotments on the BTNF were voluntarily vacated. Bighorn sheep are particularly vulnerable to pneumonia and other diseases transmitted to them by domestic sheep. 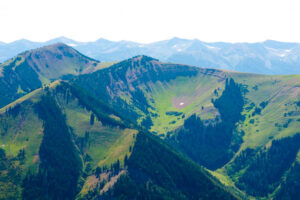 The BTNF says it will protect “priority” bighorn sheep herds. 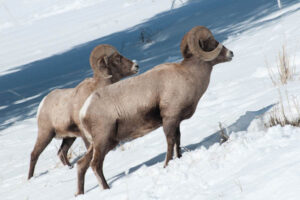 The Bridger-Teton’s proposed revision to its Forest Plan calls for two changes. The revision would also designate four “core” bighorn sheep populations: the Jackson, Whiskey Mountain, Targhee, and Absaroka herds. It would codify in the Forest Plan a prohibition against allowing any domestic sheep to graze lands near the core bighorn territories.

However, it would allow domestic sheep grazing on the territory of the Darby Mountain Bighorn Sheep Herd.

The FS claims that no domestic sheep would be permitted to graze in any core bighorn sheep area, but the presence of domestic sheep on public lands often precludes the restoration of bighorn sheep. No agency is willing to go to the trouble of transplanting wild sheep to lands where domestic sheep are grazing due to the risk of disease transfer. 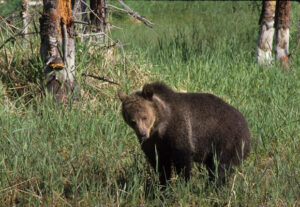 Plus, the closure of grazing allotments benefits and reduces conflicts with many other wildlife.

While the proposed changes do not automatically mean domestic sheep will be permitted on previously closed allotments, the BTNF proposal has conservationists worried. There is a fear that the six allotments bought out and retired in 2012 could be opened for domestic livestock. Worse, this may set a precedent for other permit retirements around the West. If permit retirement isn’t permanent, fundraising to pay for these agreements will be more difficult. Perhaps that is the idea behind the BTNF plans?