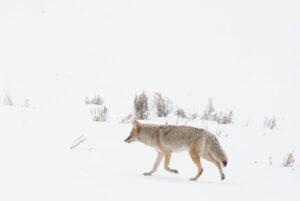 For years  Predator Defense, a national organization, has been seeking to enact a ban on cyanide M-44 bombs used to kill predators like coyotes. They may be on the verge of success. Two bills to ban M-44s on all public lands were introduced into Congress. H.R. 4951 by Rep. Peter DeFazio (D) and S, 4584 by Sen. Jeff Merkley (D), both from Oregon.

Cyanide M-44 bombs contain a powered capsule of cyanide that is in a spring-loaded device that typically has some kind of bait smeared on it. When a coyote, dog, or other animal tugs on the attractant, the cyanide is injected into the animal’s mouth, releasing hydrogen cyanide gas. 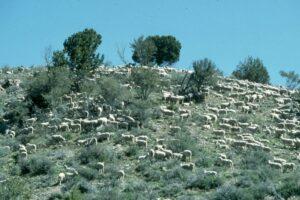 Oregon ban M-44 across the state and the livestock industry is surviving.

As of July 2022 M-44 “cyanide bombs” are still being used by the government for predator control in 13 states. In Colorado and Wyoming they are only allowed on private land. They are allowed statewide in Nevada, Utah, Montana, New Mexico, Texas, Oklahoma, North Dakota, South Dakota, Nebraska, Virginia, and West Virginia.

One of the motivating factors was the near death of Canyon Mansfield from Pocatello, Idaho in 2017 whose dog was killed by an M-44 devise and who had to be hospitalized due to exposure to the cyanide. As a result of his experience, the legislation is known as “Canyon’s Law.”

Of course the real question is why any native wildlife are killed on public lands merely to subsidize the profits of a private industry.

Testimony from Predator Defense. Press releases from both Defazio and Merkley. You can help push the ban through Congress by writing your representatives and asking them to support Canyon’s Law banning M-44s on public lands and of course make a donation to Predator Defense.

3 Responses to M-44 Ban On Public Lands Near Enactment