Program set for Speak for Wolves August 7-9, 2015 Current wildfire policy is a waste of money

Battle Mountain, Nevada –  Following in Cliven Bundy’s lead, ranchers in Battle Mountain, Nevada have defied drought closure orders and yesterday turned livestock onto the North Buffalo allotment managed by the Battle Mountain District of the Bureau of Land Management. Despite ongoing good faith negotiations by the agency and conservation organizations to authorize limited turnout in a different allotment this year, the Filippini family has apparently decided their livestock operations are above the law.

“It’s unbelievable, really, but not surprising, given the fact that Bundy’s cows are still trashing desert tortoise habitat over a year after armed militias defied government closures,” said Ken Cole, Idaho Director for Western Watersheds Project. “The BLM is enabling this kind of behavior by coddling Nevada ranchers who are surely emboldened by the lack of law enforcement within the agency and the lack of a commitment on behalf of our government to protect the public trust – the lands, waters, and wildlife that are already suffering from the drought and will now be further abused by these private cows.”

The Battle Mountain ranchers have even set up a Facebook page, “Stand with Battle Mountain” to generate support for their open defiance of the BLM’s authority to close these allotments for resource protection where they have posted pictures of the release of cattle onto the allotment. There has been ongoing opposition to the BLM staff, including a protest across the street from BLM offices. Instead of offering support for the local employees following rulings by an Administrative Law Judge that upheld the drought closure decisions on the North Buffalo allotment and the adjacent Argenta allotment, the only action from the national office has been to send a temporary State Director to Nevada to try to cut a deal with the scofflaw ranchers.

“It’s sick, really. We’re ceding control of important public lands to private interests, an allotment at a time,” said Cole. “The ranchers generate public sympathy for their custom and culture, all the while despoiling the land, wildlife, and water and disregarding the laws that govern the heavily-subsidized grazing permits they feel so entitled to.” 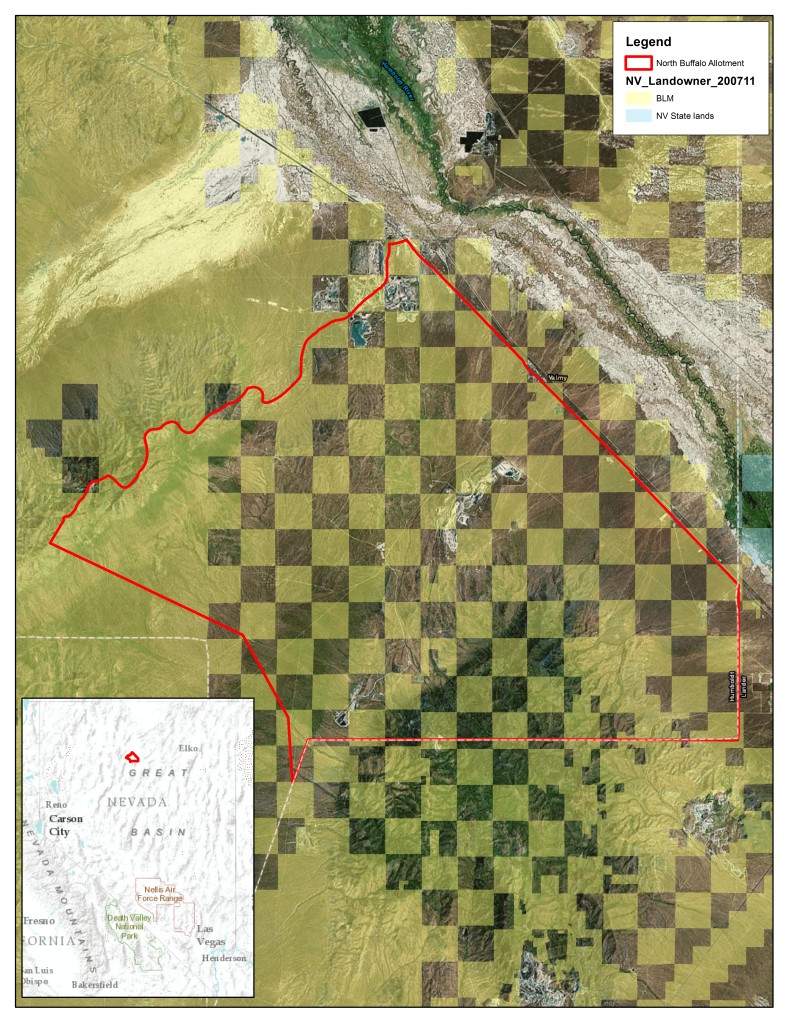