Of Indigenous Peoples, Environmentalism, and Atonement 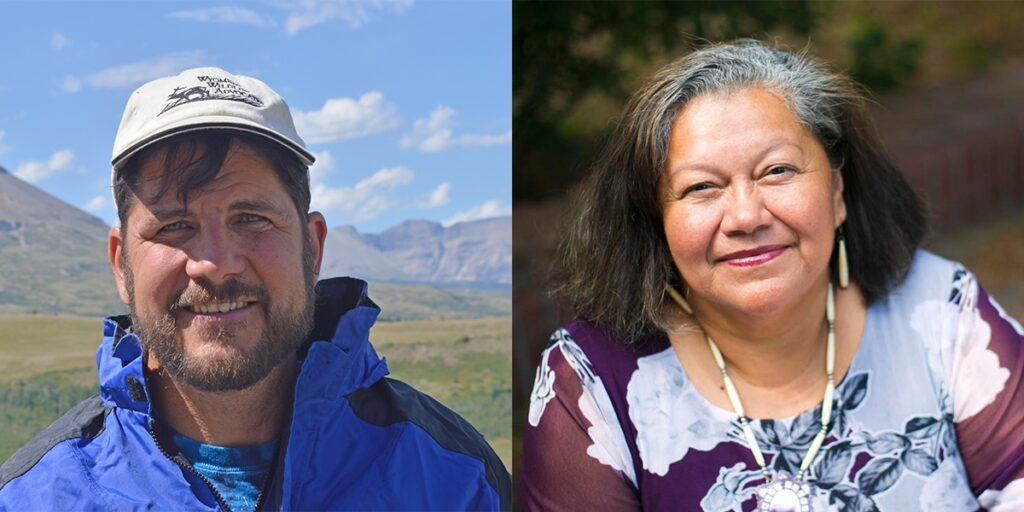 By Erik Molvar and Marsha Small

As America struggles with its history of systemic racism, the environmental movement faces questions of its own over the extent to which policies that were racist, genocidal, or entailed ethnic cleansing played a role in early American conservation. Much of the western United States is federal public land, but all of the United States was once Indigenous land, much of it continuously occupied for as much as 24,000 years. The lands that became our nation – public and private alike – were cleared of their Native inhabitants through warfare, genocide, and removal.

Early conservation figures often reflected the racist views of their times. In most cases, lands protected for environmental conservation gained official designation long after their Indigenous inhabitants were exterminated or deported to reservations. Nonetheless, all of these lands were occupied at one time or another, sometimes continuously, by Indigenous cultures.

Today’s environmentalists are wisest when we approach this issue with humility, recognizing the original inhabitants’ relationship with the land, so much more mutualistic and environmentally sustainable than our own. Certainly, Indigenous peoples set fires to improve hunting and habitat for game species, and in some North American regions even engaged in intensive crop farming and (here I include present-day Mexico) built complex cities. Overall, the native ecosystems and the biodiversity of native life that existed, for example, when the Lewis and Clark expedition crossed the Northern Plains, was far more diverse and abundant than anything we have seen since. With EuroAmerican settlers came market hunting, single-crop farming on a vast scale, deforestation, fires far beyond what the land had heretofore seen, predator extermination programs, fencing of open lands, acid mine drainage, invasive weeds, wagon roads, railroads and ultimately highways, and later powerlines and oilfields and strip mines. It was environmental devastation and extinction on a continent-wide scale, and the best efforts of environmentalists over the past two centuries have thus far succeeded in protecting or restoring only a tiny fraction in a relatively natural state.

The treaties emplaced, typically during the late stages of these campaigns against Indigenous peoples, to relegate them to reservations and cede the best and most productive lands to white settlers, were systematically violated by the federal government. Reserved lands were encroached upon, further invaded, or taken away. Promised annuities of foodstuffs were often of inferior (even worthless) quality, or purloined by unscrupulous Indian Agents. Reservation lands were forcibly allotted to impoverished tribal individuals so they could be sold to whites, and tribal mineral interests were mismanaged such that immense sums of royalty payments were withheld. Tribes lacking treaties were deprived of both lands and rights, and sometimes “terminated,” losing federal recognition. These widespread violations of treaty agreements by the dominant culture reduced the legal process of cession of Indigenous lands to a swindle.

“Genocide” officially means any of the following acts committed with intent to destroy, in whole or in part, a national, ethnical, racial or religious group: Killing members of the group; causing serious bodily or mental harm to members of the group; deliberately inflicting on the group conditions of life calculated to bring about its physical destruction in whole or in part; imposing measures intended to prevent births within the group; and/or forcibly transferring children of the group to another group. There can be no doubt that Indigenous peoples in North America were subjected to genocide by the United States government and its citizens, with repeated appalling incidents including the following:

Don’t doubt it, genocide took place right here on American soil, and our federal and state governments were the prime perpetrators. Under today’s international law, many – if not all – of these events would properly be recognized as war crimes. They are representative of a deeply shameful period of American history, the legacy of which still haunts our nation.

In addition to genocide, the United States government pursued a policy of ethnic cleansing, featuring the removal of Indigenous peoples from their native lands, relegating them to reservations (which in early years they were not permitted to leave), removing their children by force from families and transporting them to boarding schools to be re-educated in white cultural norms (forcibly stripped of their long hair and native dress, and punished, often savagely, for using their native language), but most important, removing them from their lands which identified them, on which their very language is based. President Ulysses S Grant engaged in a purposeful campaign to eradicate bison from the West, to subdue Indigenous peoples by destroying their main supply of food, hides, and other lifeways. As Henry Kissinger would put it a century later, “Who controls the food supply controls the people.”

During this period of American history, racism and discrimination was not just tolerated, but an officially sanctioned policy, and a pervasive and socially dominant element of American culture. Indigenous peoples were treated as subhuman, and official correspondence of the period by politicians and military leaders of the time refers to the original Americans in these terms. Racism against Indigenous peoples continues to this day, and is disturbingly pervasive across the American West. Western Watersheds Project condemns racism in all its forms, and in particular against the peoples who have the only legitimate claim to being “Natives.”

Racism, including against Indigenous peoples, was sometimes openly expressed by early icons of the conservation movement. Offenders now recognized to be racist include John Muir, John James Audubon, Madison Grant, and William Temple Hornaday. In fact, it is difficult to find a prominent 19th Century conservation figure without some overt link to racism. It is hard to learn that the heroes of your movement had major character flaws. Whether or not environmentalism is inherently racist, however, is a choice to be decided today – and each day – by the ever-evolving environmental movement. And that movement is increasingly moving toward admission and reparations.

Apologists for the American policy of “Manifest Destiny,” the conquest of the North American continent by peoples of European descent, typically ignore the fact that Indigenous peoples had thriving subsistence economies and rich cultures and civilizations long before the first Anglo-American set foot on this continent. Environmentalism was more than a credo to the Original Peoples, it was a sacred imperative, and sustainability was a way of life. Today, Natives retain environmental leanings, and in a January 2021 poll, Indigenous respondents scored higher than whites on environmental values for practically every environmental issue.

Indigenous peoples are natural allies to environmental conservationists, and they prove it every day. Indigenous leaders are at the forefront of many of today’s biggest environmental fights: Standing Rock and the Dakota Access Pipeline, Arctic drilling, the Pebble Mine, Oak Flat, and Bears Ears National Monument, to name a few. And with the nation’s first Indigenous Secretary of Interior, Native leadership in environmental issues is poised to vault to center stage.

Western Watersheds Project is an environmental conservation group. Founded in 1993, our organization was not there to witness the early years of EuroAmerican colonization of the West. Like EuroAmericans in general, we’re latecomers, even though we’ve been here a while. It makes sense for us to reach out to potential allies among Indigenous communities, to advance our common interests when our goals align with each other. We’d like to be on our best behavior, to not only atone for the racism that came before, but to find cohesive and correlative remedies, a horizon of equity. Through our work, we aim to honor the cultural heritage of the Original Peoples, respect the sovereignty and treaty rights of Tribes, and work together with Indigenous peoples for a more environmentally sustainable future.

Erik Molvar is Executive Director of Western Watersheds Project, a nonprofict environmental conservation group dedicated to protecting and restoring wildlife and watersheds throughout the American West.

24 Responses to Of Indigenous Peoples, Environmentalism, and Atonement