University of Idaho clears itself of pesky "scientific misconduct" charges

University of Idaho attempts to save face – instead, loses it further 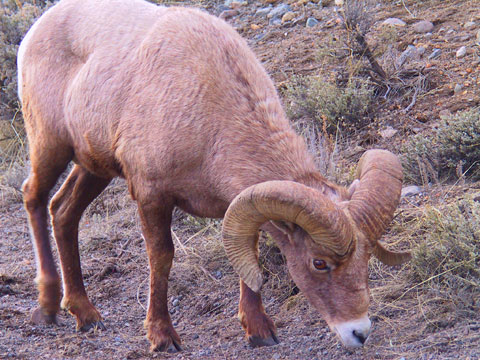 It’s probably safe to say Marie Bulgin didn’t kill Kennedy either … but that’s it isn’t it?  It’s an easy thing to secure an acquittal when you get to choose the charges …

Eric Barker of The Lewiston Tribune (subscription only) :

The university investigated Bulgin’s statements and compared them to the known scientific record. said Jack McIver, vice president of research. He said the scope of the investigation was narrow.

“It was pretty cut and dried,” he said. “It really boils down to was there fabrication of data, which there was not.”

Fabrication of data ?  No no no … the claim Marie made to the Idaho legislature and before a federal judge was that she was aware of no data demonstrating transmission of disease from domestic to bighorn sheep in the wild.  That data existed, it was her lab that processed it … it was Marie’s daughter that processed it years ago …

So the University of Idaho had a credibility problem, their program coordinator got busted in an oversight … maybe there was “plausible deniability” maintained… maybe, but it’s a hell of an oversight.  It’d mean that every time Marie’s daughter came over to Mom’s place for lamb-chops, it just never occurred to her mention that she’d worked on a lab test producing results that her mom was now denying in front of a federal judge and the statehouse?

Could it be that the prospect of such an oversight didn’t just threaten Marie, it threatened the credibility of the institution itself, and not just the University, but the politicians in Idaho who pull the strings?

But the alleged misconduct alluded to in the Marie Bulgin/Bighorn Sheep scandal wasn’t a question of “scientific misconduct” – it was whether Marie used her position at the university lab, a position of perceived scientific objectivity, to testify in front of the Idaho Legislature and before a federal judge on behalf of an industry group whose lobbying group (Woolgrowers) she used to serve as President of.

You may remember that last June this investigation was initiated by the University of Idaho in response to news reports challenging the propriety of official testimony delivered to the Idaho legislature and a federal court.

Bulgin testified that she was unaware of any evidence demonstrating that domestic sheep transmit deadly disease to bighorn sheep in the wild. This was contradicted by her own daughter’s work at Bulgin’s own lab years before.  That testimony was heavily relied upon for passage of a controversial bighorn bill (S1232) that aggressively manages bighorns to protect domestic sheep grazing on public lands.  The main mechanism of that bill, implementation of industry-negotiated “Best Management Practices” (BMPs) for domestic sheep grazing, has been recently shot down by a federal judge.  Passage of the bill killed the perceived legitimacy of a state working group commissioned by Idaho Governor “Butch” Otter and prompted an exodus of bighorn advocates from the group.

Kevin Richert has a similar take on the “investigation” here:
When a university fails to do its homework
Kevin Richert – Idaho Statesman

Brian Ertz and Ken Cole contributed to this post