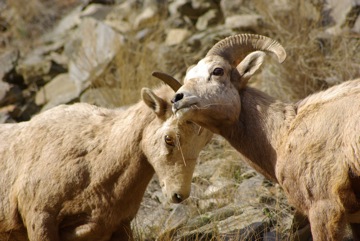 The Idaho Wool Growers Association and Shirts Brothers Sheep are suing the Idaho Fish and Game Department over an agreement that they signed in 1997 which would hold woolgrowers harmless if bighorn sheep introductions caused harm to their business. There are a number of problems with the agreement which make it unenforceable.

In response to litigation by Western Watersheds Project, the Payette National Forest is drafting a Supplemental Environmental Impact Statement which proposes an alternative which may close up to 60% of the Forest’s sheep grazing allotments to keep domestic sheep separate from bighorn sheep that inhabit Hell’s Canyon and the Salmon River Canyon.

Domestic sheep are known to carry diseases which are deadly to bighorn sheep and are likely to have killed hundreds of bighorn sheep throughout the west this winter.

A Copy of the Woolgrowers Lawsuit