The Privatization of Wildlife More livestock subsidies by the Federal Government

The Agricultural Research Services’ US Sheep Experiment Station in Eastern Idaho has decided to stop grazing sheep in its easternmost pastures to protect grizzly bears and has discontinued working on an Environmental Assessment in favor of a more intensive Environmental Impact Statement of its operations.

As you can see from the mapping there are conflicts with grizzly bears and bighorn sheep on other lands used by the Sheep Station. Two packs of wolves were also killed off because of the sheep just last year.

The sheep station occupies one of the most important corridors along the Centennial Mountains for dispersal of grizzly bears, wolves and bighorn sheep. 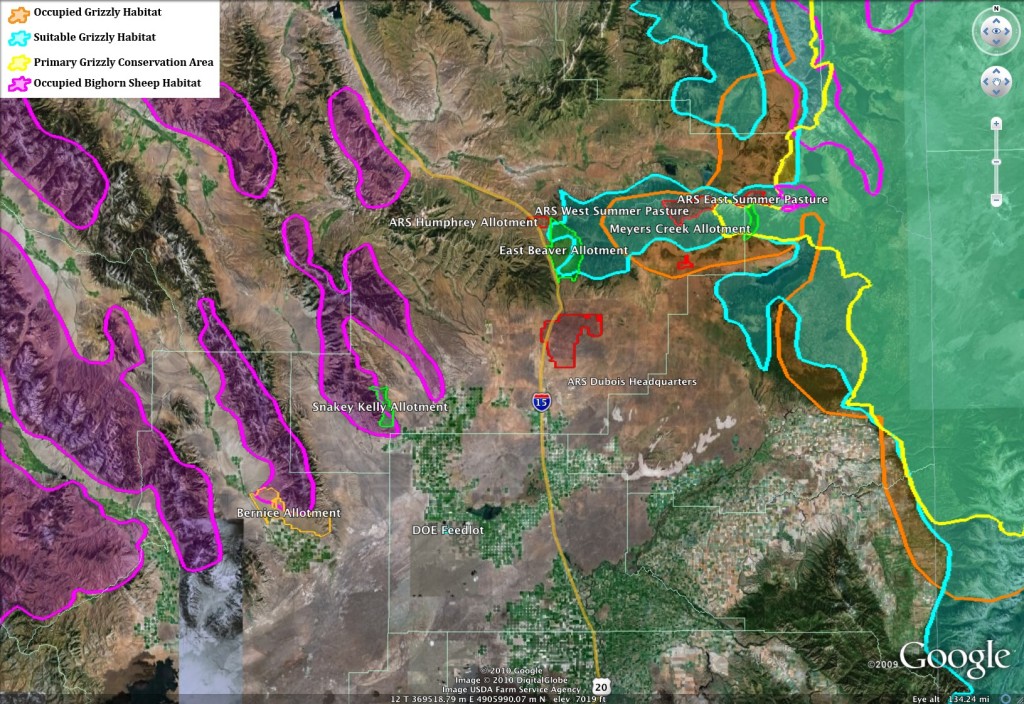 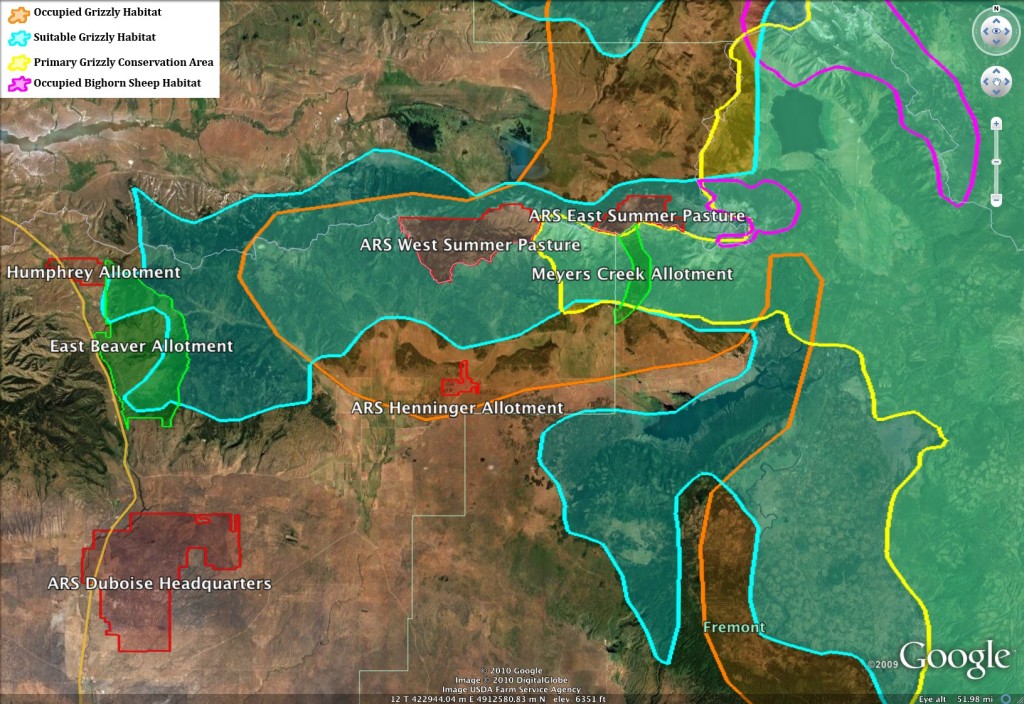 Detail of ARS USSES lands used along the Centennial Mountains