Have you come across any interesting wildlife news? Second January thread The wonderful green world of biofuels . . . except for the people, wildlife, field and forest

The final peer review report commissioned by the U.S. Fish & Wildlife Service and conducted by Atkins, a global consulting firm, who enlisted 5 prominent biologists to review and comment on  Wyoming’s Gray Wolf Management Plan, has found that the Plan is deficient primarily because of its vagueness with regard to maintaining a buffer number of wolves above the described 10 breeding pairs and 100 wolves that Wyoming commits to manage.

The Plan, finalized last September, describes how wolves will be managed by the State of Wyoming once they are delisted from the protections of the Endangered Species Act.  The Plan divides the state into two areas, the Wolf Trophy Game Management Area (WTGMA) in northwest Wyoming where wolf hunting would be regulated to some degree, and the Predator Zone which comprised the vast majority of the state where there would be absolutely no regulation of wolf killing.  There would also be an ephemeral “flex zone” where hunting would be regulated during the period of the year when wolves have the highest rate of dispersal. 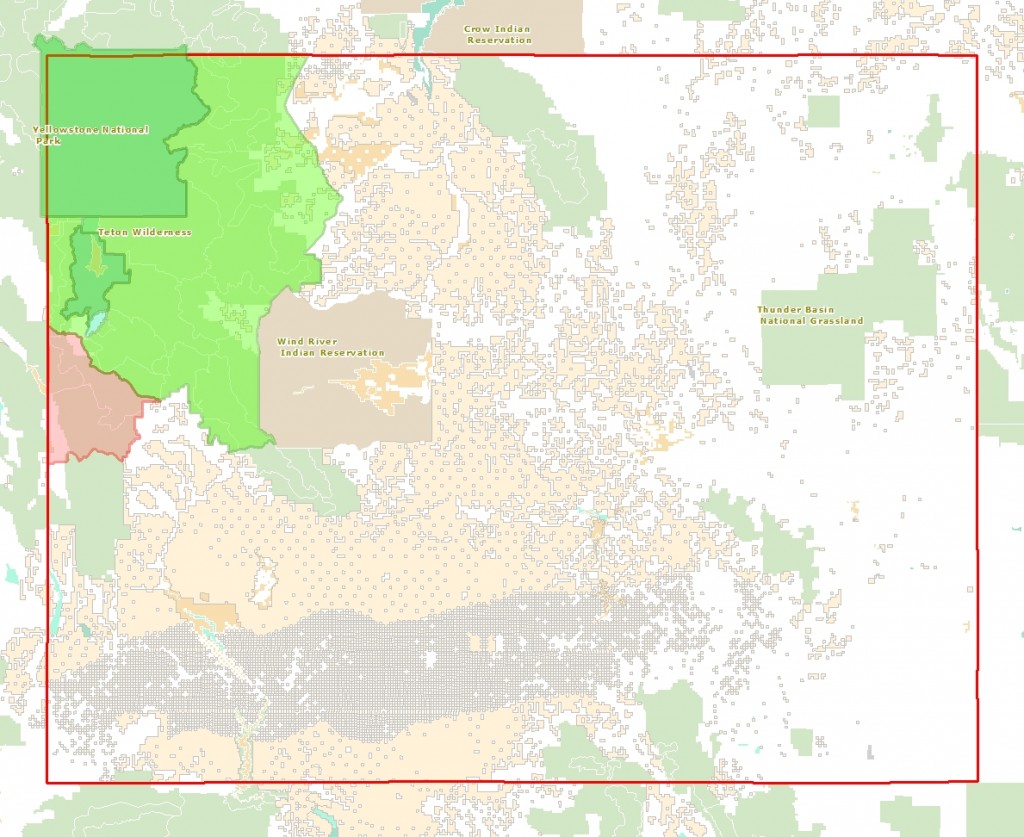 Wyoming Wolf Plan Map. Every place outside of National Parks, the so-called "Trophy Hunting Zone", the "Flex Zone", and the Wind River Indian Reservation is a free-for-all kill zone.

One of the biologists on the five peer review panel was Dr. Vucetich who had some strong criticism of the Plan.  He felt that the plan inadequately explains how wolves will be managed to maintain the 10/100 wolves it commits to maintain and feels that there needs to be a buffer which is explicitly detailed in the Plan itself.  He felt that, despite verbal assurances by Wyoming Game and Fish, that he had to review the Plan based on what was written.

While the other four panelists felt that Wyoming’s Plan was acceptable and would accomplish the goals it lays out, Atkins determined, as the entity who made the final call on the adequacy of the Plan, that the Plan was deficient.

We believe that in this case the initial minority opinion of Dr. Vucetich is the most appropriate one. While all information, written or otherwise, may be useful in a panel evaluation, verbal assurances of policy must necessarily carry little weight. It may indeed be that it is not in the State’s interest to manage down to the absolute minimum population; however that is what is stated in the Plan, and it is not reasonable to simply assume that there will be consistent and longterm commitment to managing for levels above that target.

Hence Atkins finds that the Plan, as written, does not do an adequate job of explaining how wolf populations will be maintained, and how recovery will be maintained. Our position is substantially bolstered by the responses of Dr. Mills and Mr. Stark in response to the clarifying questions from the Service. It is clear that more than one panelist believes that there is a need for explicit buffering, and better explanations of the adaptive processes that will be used in managing down the wolf populations. At the same time, no panelist appears to believe that there is a need for an explicit numerical buffer ‐ but rather panelists believe that there should be an explicit process for integrating monitoring data, and for showing how such data will be used to set ongoing management objectives.

Comments on the Proposed Wyoming Wolf Delisting Rule are due tomorrow.