Have you come across any interesting wildlife news? February 29, 2012 Luckless mating season is over. “Journey” OR(7) returns to Oregon from California

Since the beginning of the Idaho wolf hunting and trapping season I have been keeping a spreadsheet with a running tally of wolf kills. Presently the total stands at 332 dead wolves with 237 taken in the hunt and 95 taken by trapping and snaring. There are three zones that have been closed so far because the quota has been killed. If you include the two so called “non-target” mortalities from trapping, in areas where wolves are not allowed to be killed by trapping, and the 14 taken by USDA Wildlife Services sharpshooters in the Lolo Zone that total rises to 348.  I haven’t included those wolves killed by other causes because the IDFG hasn’t published those numbers since November.

If trends continue it is likely that the total number of wolves taken in the hunt could reach approximately 400 by the end of March when hunting and trapping ends in most areas. There are two zones, the Lolo and the Selway, where wolves will be legal to hunt until June 30.

It remains to be seen how this will affect the overall population because hunting that occurs after mating season, which is about over, could have a greater impact on reproduction if females which have mated are killed. 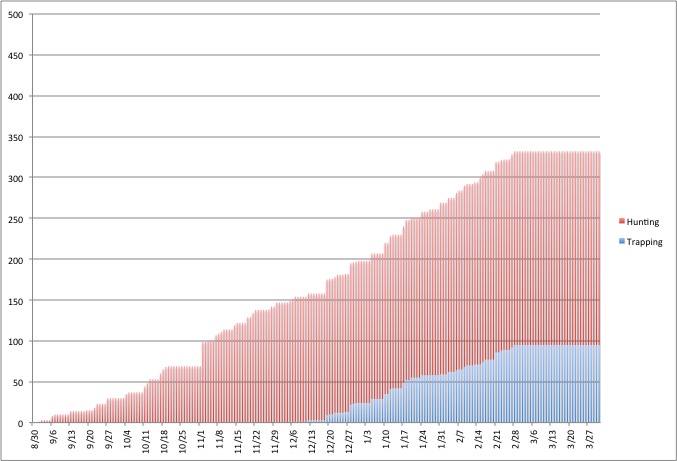 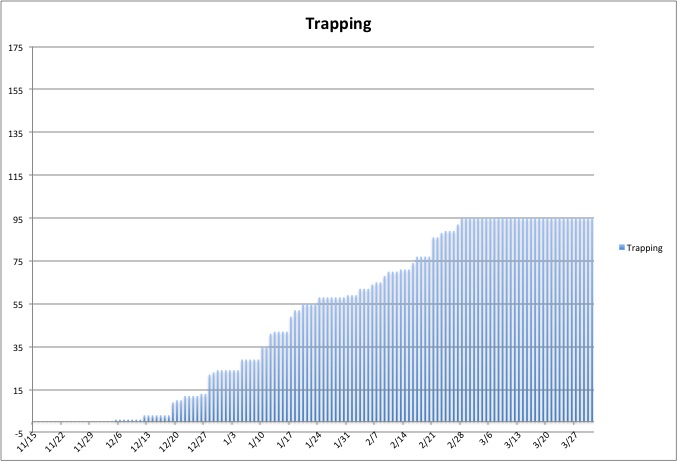 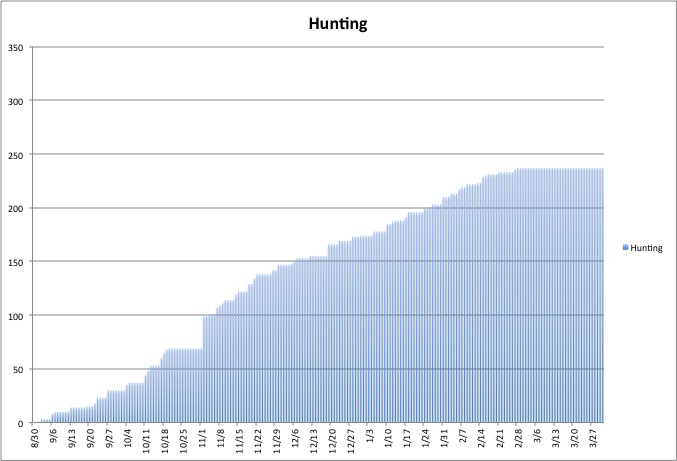 Update 3/2/12: I have added the numbers found in the IDFG monthly reports for May 30, 2011 through Feb 29, 2012. I did add the 14 wolves killed by IDFG in the Lolo and the three reported as non-target or illegal (OR9). Some of the categories are under represented as far as documented mortalities are concerned. I’m sure there are probably many more poached wolves than are represented and, since there has been no reporting since November, 2011 none of the other categories, have been updated.  Some of this is offset by including all of the mortalities reported from 1/1/11 to 5/31/11.  Presumably only about half (or 9 of the 18 reported) of those were killed after den season.

It looks like total mortality could easily reach 500-525 for this reproduction year based on this information.  The 2010 year end estimate was 705, which will likely be retroactively increased due to wolf packs being rediscovered.  It is difficult to say how many pups were born in April of 2011 but if you generously assume there were 300 then the total number of wolves, including pups, at the end of May could have been about 1000.  That means, in very rough terms that, by the end of March, wolf mortality for the 2011 reproduction season could be at about 50% leaving the population at 500 or so wolves as den season gets underway in April.  It could be higher or lower depending on how many wolves there actually are and how many wolf deaths are undocumented. 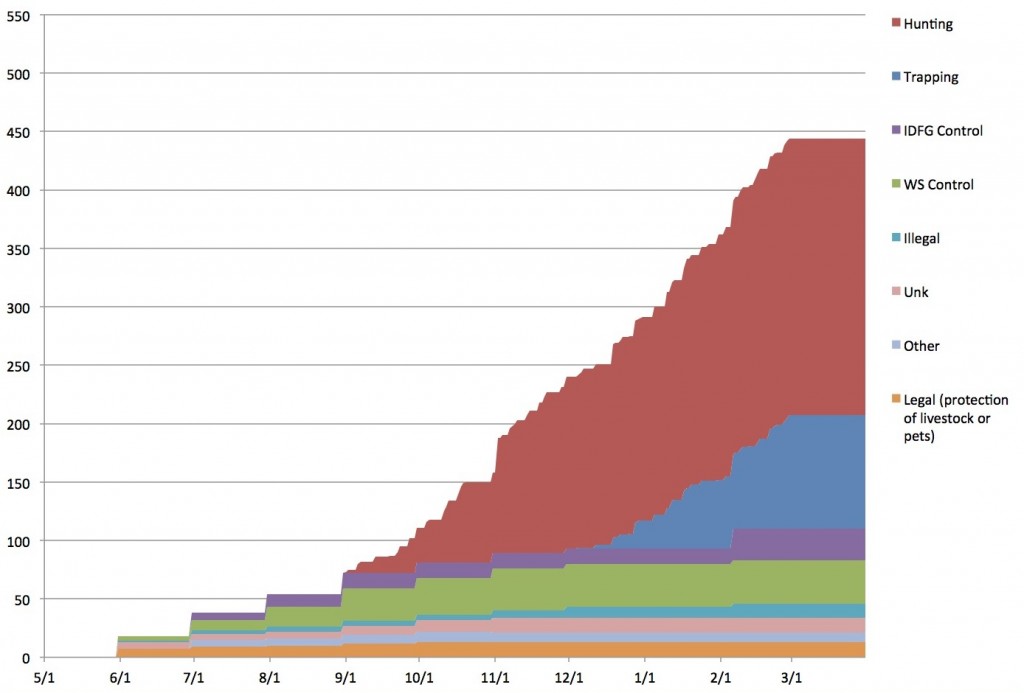