According to a state records request submitted in November, as well as publicly available information on the Idaho Fish and Game’s website, there have been 193 wolves killed since April 1st of this year. The records request response contained information for documented mortality from April 1, 2012 to November 25, 2012. Since then an additional 23 wolves have been reported killed on the IDFG website.

Undoubtably the total number of wolves killed is significantly higher than what has been documented because many of the natural deaths and poaching incidents are not detected. 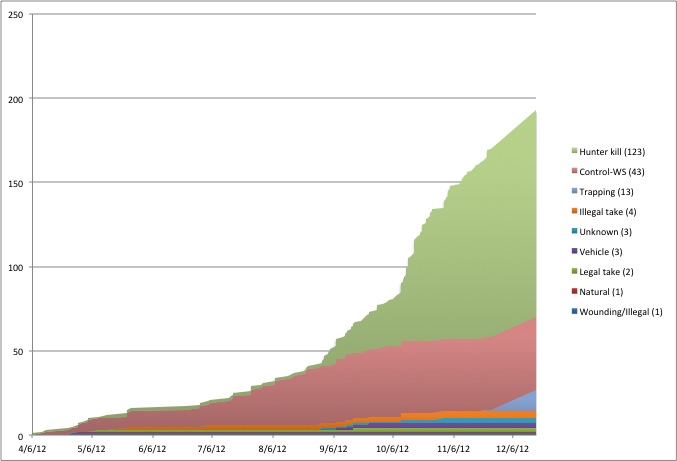