Idaho Legislature Grants One Vote Per Cow or Sheep Transferable to Their Owners Do you have some interesting wildlife news? April 3, 2013 edition

The Idaho Fish and Game has just released it’s 2012 annual report for wolves and it shows that the year-end population is 11% lower than the 2011 year-end estimate.  The report estimates that there were 683 wolves on December 31, 2012.  The Idaho wolf population consisted of 117 packs within the state and 23 border packs that overlapped the borders of Montana, Wyoming, and Washington.  They confirmed that 66 packs reproduced but could only confirm that 35 of those packs qualified as breeding pairs that produced a minimum of 187 pups. The report also has retroactively increased the 2011 end-of-year estimate from 746 to 768 because they were able to document new packs that had pups born in 2011.  In 2012 there were 425 documented wolf mortalities, of which, 98% were human caused. 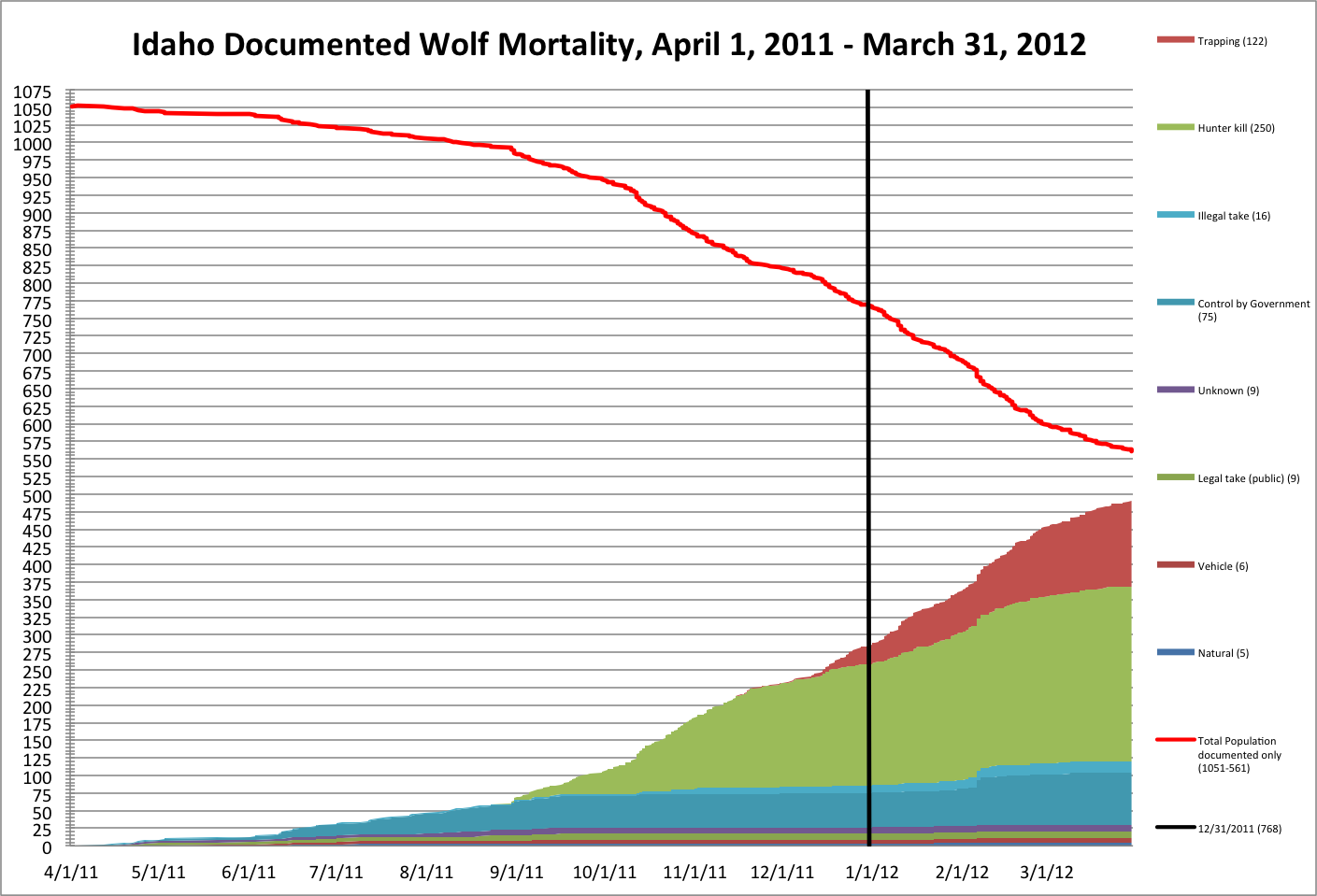 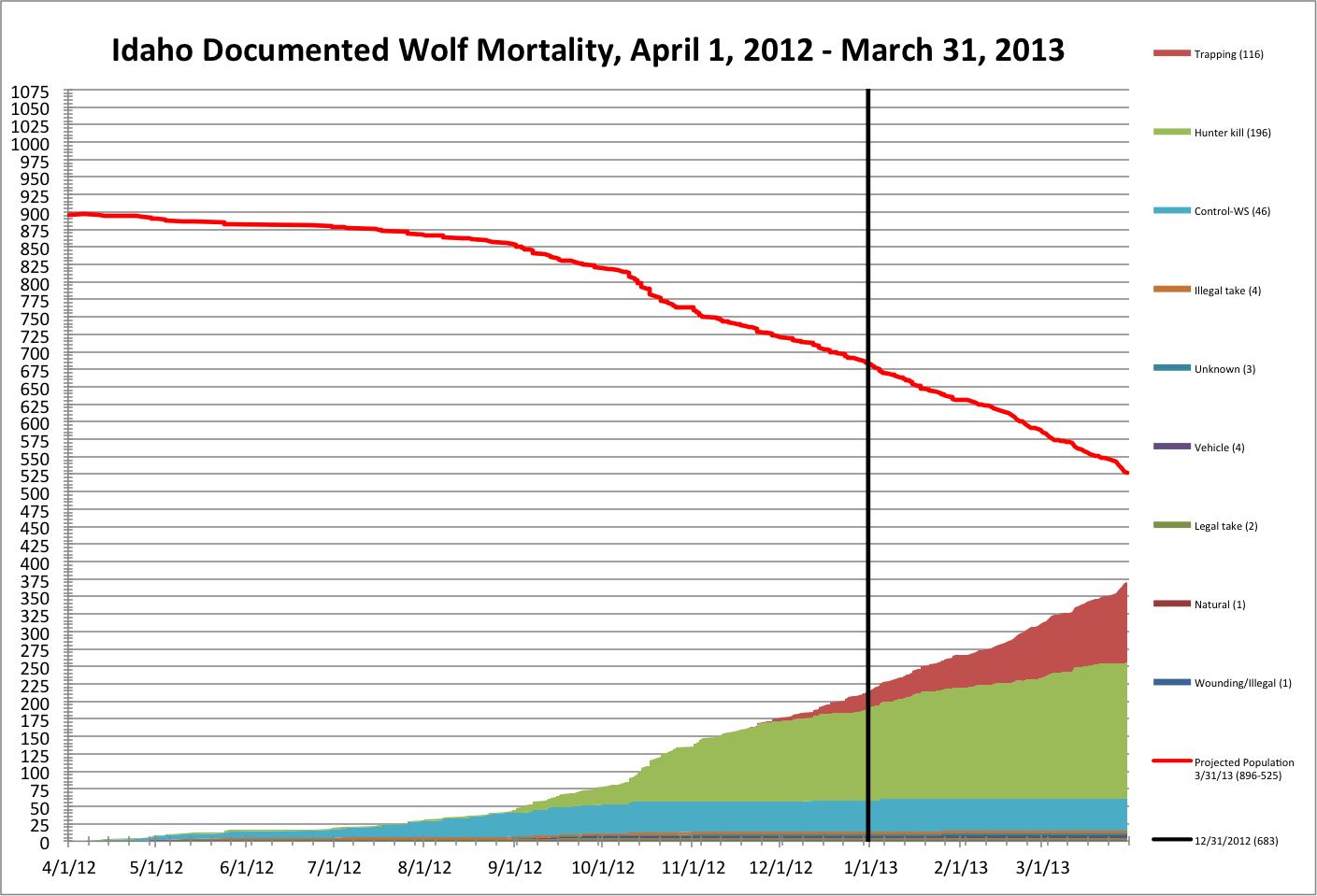 The method used to estimate the wolf population is based on a formula that factors in packs that were documented over the previous two years.  Since the wolf population is declining, and because some of the packs documented in 2011 may no longer exist due to the heavy hunting pressure that occurred, it is possible that the formula, created during a time when wolves were increasing in population, may overestimate the number of wolves in the state.  The effect of this two year lag may become apparent in next year’s report. 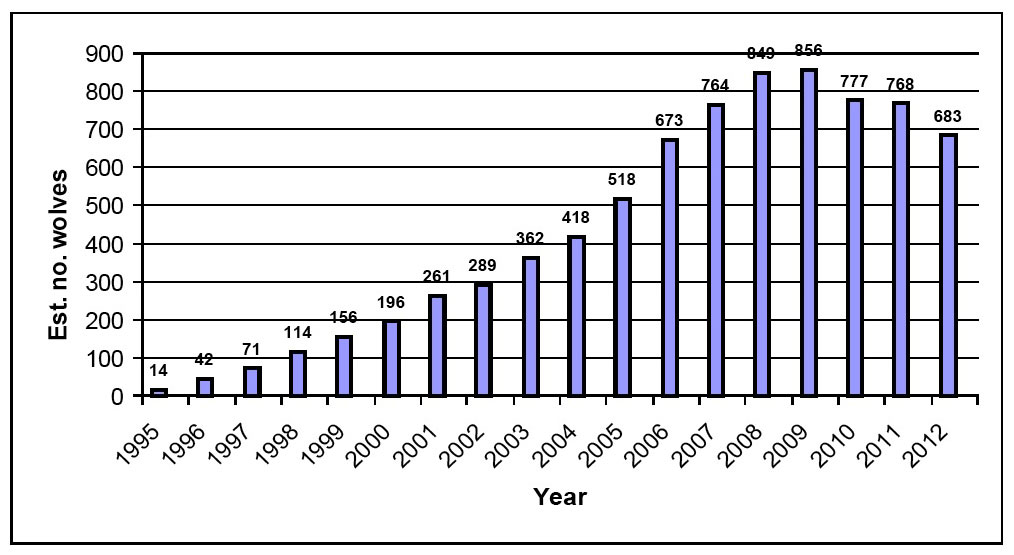