What does the Long Journey of OR7 and Other Wolves Teach Us?

Can it dispell some ridiculous myths? ……Please?

OR7, aka Journey, the wolf who travelled from northeast Oregon into northern California and now back to southern Oregon, isn’t unique among his species but for one thing, he is still alive.  After traveling long distance with a lot of people following his GPS collar from their computers and the hysteria surrounding him, he survived.

This isn’t the first time that a GPS collared wolf has travelled a long distance while biologists have watched from a computer though. There have been several instances of this, most publicly was the wolf that travelled from Montana a few years ago through parts of Wyoming, Idaho, and into Colorado where it was eventually killed by poison. There have also been GPS collared wolves that have travelled south from Canada – you know, those “Canadian” wolves – into Idaho. There have been several long dispersals of wolves documented since the wolf reintroduction program began.

Are these new occurrences that only occurred after the reintroduction? Of course not. Does it only happen with the wolves that were reintroduced to central Idaho and Yellowstone? Of course not. Remember the wolf killed in Missouri a couple of years ago?  Or the wolf killed in western Massachusetts in 2008?  They both came from the western Great Lakes or Algonquin Parks populations. Is this behavior seen in Mexican gray wolves? Well, it would be if humans allowed them to leave their isolated chunks of Arizona and New Mexico.

Common wisdom among the public in the Northern Rockies, a common wisdom that is found in the comments section of every news article that even mentions wolves on the Internet, is that the wolves reintroduced to central Idaho and Yellowstone are bigger, more aggressive, and form bigger packs. According to the common wisdom found here in the Northern Rockies is that these “Canadian” wolves are 200 pound behemoths or are about 30-50 pounds bigger than the “native” wolves.  They also claim that the “native” wolves that lived here in a population of 80 or so were smaller and somehow managed to live in harmony with livestock and the deer and elk herds.  The “native” wolves, commonly described as being about half the size of the “Canadian” wolves, were only visible to those special people who knew of their existence.  The “native” wolves were also a different subspecies of wolf and those “Canadian” wolves are a different subspecies that didn’t live here before. At least that’s what the common wisdom of those “special” people tells us.  That’s all bullshit.

Let’s dissect some of this common wisdom. First, and most importantly, let’s look at this subspecies argument. For a species, or subspecies according to the argument presented, to remain discreet from other subspecies there has to be some barrier to interbreeding with other, similar subspecies. But, by definition, one subspecies can interbreed with another and have fertile offspring.  This means that if a wolf from Canada, or another part of the continent, were able to actually travel to central Idaho or another place in the Northern Rockies, then it would be able to mate and have fertile offspring with one of those special “native” wolves.

Second, subspecies have to remain physically isolated, for a long enough period of time, from each other to develop a discreetness big enough for them to be able to be classified as a separate subspecies. But wait, didn’t we just see a wolf from northeast Oregon travel across some pretty inhospitable country into northern California where there used to be wolves up until the 1920’s? And isn’t this a rare occurrence? Yes, we did, and no, it isn’t. Funny thing. Doesn’t that mean that wolves could have walked down from Canada into central Idaho before the reintroduction or the massive slaughter that essentially wiped out wolves here before? Or could the opposite be true? Wolves from Idaho couldn’t have walked up to Canada and bred with those bigger, aggressive behemoth wolves could they? Well, yeah. They could have and they did.

When wolves were reintroduced to the northern Rockies there were already wolves that had recolonized on their own in Montana. But there weren’t any wolves in Idaho or Yellowstone that anyone could confirm. Well, not so fast. There were at least three males that paired with reintroduced females, forming their own packs. One in the northwest part of the Frank Church Wilderness, one in the White Cloud Mountains, and one with a radio collar that travelled from northwest Montana into the Kelly Creek area of northern Idaho. There were also sporadic reports of wolves in the southern part of the Frank Church Wilderness of a group of wolves in the early nineties. I even heard one while working in Landmark, Idaho in the summer of 1992 and one of my coworkers claimed to have seen two of them on Sulphur Creek the previous summer. There were also documented wolves killed in the late 70’s, one filmed in Bear Valley, and one found dying of poison near Bear Valley.  I fact, the latter wolf was stuffed and is displayed in the Nature Center next to the Idaho Department of Fish and Game offices in Boise. 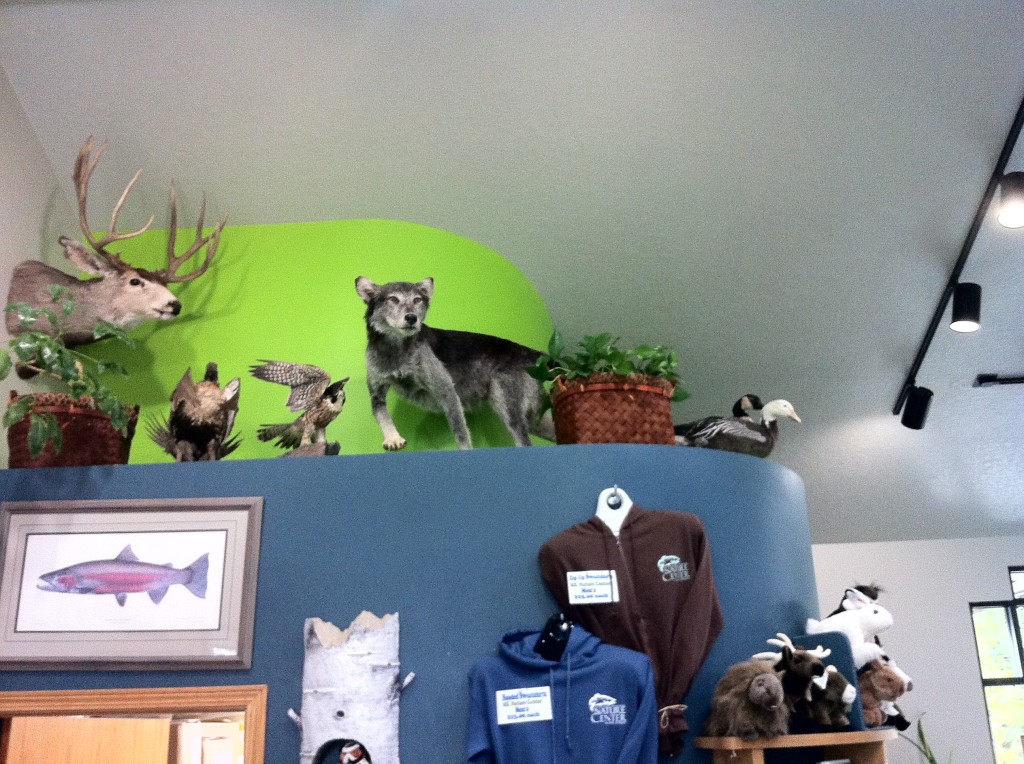 The wolf found poisoned in Idaho before reintroduction. You can see it at the Nature Center in Boise.

Did these wolves comprise a population?  That is an important consideration when considering reintroduction of an endangered species but one that can easily be answered.  No is the answer.  Three males does not meet the definition of a population.

Could wolves have recolonized Idaho on their own? Well, that’s another question entirely and one which also would have depended on survival of wolves that actually made it here. As I mentioned earlier, nearly all of the wolves that were documented in Idaho previous to the reintroduction eventually died from human causes. They weren’t surviving. There was an underground, but probably unorganized, campaign to kill off wolves as they appeared in the state. But they were coming here on their own and people knew it.  In fact a Republican Idaho senator, the late James McClure , saw the writing on the wall and proposed legislation to reintroduce wolves as an experimental, nonessential population so that wolves would have less protection and could be killed to protect livestock.  As the Idaho Department of Fish and Game website says:

May 1990 – U.S. Sen. James McClure, R-Idaho, introduces legislation mandating the return of the gray wolf to Yellowstone National Park and creating protected recovery areas in Glacier National Park and in wilderness areas of central Idaho, where limited numbers of wolves would be reintroduced. Outside the recovery areas, wolves would be removed from the endangered species list and could be considered pests or game animals. The bill did not pass.

With all of the disinformation and “common wisdom” spewed out of mouths and across the comment sections of news articles by wolf recovery opponents, it is apparent that much of what they have told people, in an effort to scare them and convince them that wolves do not belong in Idaho and the Northern Rockies, is completely bogus.  The wolves that were reintroduced into Idaho and Yellowstone were the same wolves that were here before they were slaughtered.  Get over it.

46 Responses to What does the Long Journey of OR7 and Other Wolves Teach Us?