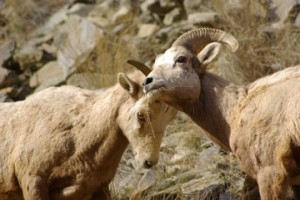 The process undertaken by the Payette National Forest was long and involved a great deal of science and public input.  At issue was the assertion that there was uncertainty that domestic sheep transmit pneumonia to bighorn sheep in the wild and that the Payette National Forest didn’t properly address the concerns of two USDA Agricultural Research Service scientists who had opposing views but who had raised their concerns after the entire process was finished.  The Wool Growers et al also argued that the Environmental Impact Statement improperly relied on a study that had not been peer reviewed at the time which found that domestic sheep can unequivocally transmit deadly pneumonia to bighorn sheep in a laboratory setting.

This is a very significant win for bighorn sheep because it provides a precedent that other National Forests and BLM districts must follow.  Indeed, Region 4 of the U.S. Forest Service has embarked on a bighorn sheep risk assessment and the Owyhee BLM has already decided to close domestic sheep trailing and grazing on the Poison Creek allotment just south of Marsing, Idaho and convert the allotment to a cattle grazing allotment to protect the nearby bighorn sheep population.