Do you have some interesting wildlife related news? March 26, 2014 edition Logging one of the causes of giant Oso, WA mudslide

Popular Lake Mead/BLM desert area to be closed in portions to secure cattle of scofflaw rancher-
See updates at the bottom of the article.

“Public lands managed by the Bureau of Land Management (BLM) in Clark County, Nevada, within the Gold Butte, Mormon Mesa, Bunkerville Flats Areas will see temporary closures to the public beginning tomorrow, March 27, in order to round up the cattle of Cliven Bundy, a rancher who has been trespass grazing in the scenic desert area since 1993 when he stopped paying his grazing fees to use the Bunkerville Grazing Allotment. 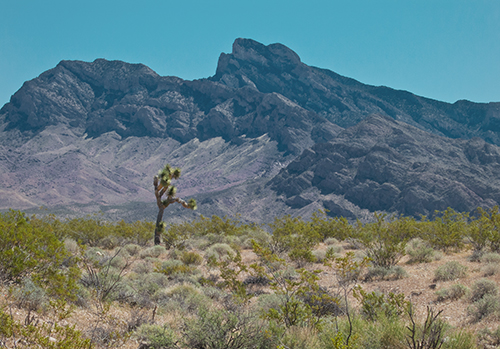 The BLM had modified some of the terms of the grazing permit to protect the desert tortoise. Bundy didn’t like the modifications and refused to pay the required grazing fee, but kept his cattle on the range anyway and did not obey the terms to protect the tortoise. Bundy rejected further government orders and even the orders of the federal district court and the 9th Circuit U.S. Court of Appeals. For example, in 1998 the Nevada federal district court issued an order permanently enjoining Bundy from grazing cattle on the allotment. It ordered him to remove all trespass cattle and set a penalty of $200 per day per animal remaining on the federal range. Obviously by today, he owes a huge sum of money on his years of violations of the court order.

According to the BLM, “In 1999, the Ninth Circuit Court of Appeals upheld the District Court’s permanent injunction.  When Mr. Bundy failed to remove his livestock as directed by the District Court, the United States filed a motion to enforce the permanent injunction and the District Court ordered Mr. Bundy to pay $1,377 as willful repeated trespass damages and adjusted fines to be consistent with regulatory rates of $45.90 per day for each day Mr. Bundy’s cattle remained on the allotment based on a herd size of 51 cows BLM had documented as still remaining on the federal range.”

Bundy got away with his resistance. Nothing happened until 2011 when the over 900 cattle were counted by air on the allotment. Many were unbranded and lacked ear tags, contrary to law. Another cease and desist was sent to Bundy. He did not comply. Finally in April 2012, after 750 cattle were counted from helicopter on the federal lands, a roundup and impoundment was planned, but it was cancelled the day before it was to start. The government feared violence due to Bundy’s statements and support from anti-government right wingers.

Now Bundy apparently has as many as 600 cattle scattered over a wide area and the operation might take seven weeks. In all, the total acreage of the area where there will be temporary closures is over 580,000 acres. The government even has a roundup update site and a map of closed areas for the public at http://tinyurl.com/leokzah.

This will be an expensive operation for the taxpaying public. It requires numerous personnel, vehicles, temporary corrals, and aircraft as well as law enforcement to prevent violence and perhaps to keep protesters within bounds. Two “free speech” areas from them have been set aside. Not only is there the expense for the operation, there has been twenty years when the rancher did not pay the required grazing fees, nor court ordered penalties. In addition, tortoise have not been protected from cattle on the BLM land and the Lake Mead National Recreation Area.

In his own defense, over the years Bundy has said he doesn’t believe the federal government has the right to require him to do anything on this land because his family has used it since the 1870s. In other words, he is claiming a prescriptive right to use the public property.

The local (Clark County, Nevada) sheriff and state officials are not backing Bundy. The Nevada Cattleman’s Association might get involved according to the Las Vegas Review Journal. The Wildlife News has posted at least 4 articles on this over the last two years (Search “Bundy” on our web site).

Addenda:
→added March 27. BLM’s list of the negative impacts of these trespass cattle on public and private property and other animals and plants. See http://tinyurl.com/mnwagh4

→added March 29. There is a good article in the St. George News. ON Kilter: Trespass cattleman not above the law.

News: Bundy’s efforts to declare that a “range war” is at hand is not generating much support. No one has showed up at the “free speech” areas.

We got email from a conservationist with the following opinion and news.

“It seems that the Sagebrush Rebellion has run out of gas. Media coverage has been along the lines of “What if they gave a range war and nobody came?”, no one showed at BLM’s First Amendment area, the ‘army’ of Cliven Bundy supporters consists of a fellow rancher in Elko who is not coming down, and the comment page of the local Mesquite NV paper is full of nasty comment letters about public land damage and rancher cheats.”

“The Vegas stringer for the LA Times did get another of his fact-free ranch romances published but it foundered on the notion of Bundy’s claimed ownership of BLM lands — he would then owe back property taxes for the the last 144 years (plus interest and penalties).   Even the tea partyist ‘Las Vegas Review Journal” struggled to keep control over reader backlash:”

“Bundy also issued a ‘Range War Emergency Notice and Demand for Protection,’ notice to Clark County and Nevada state officials that seems without precedent or meaning, demanding that the Sheriff stand up to the feds. However his office just responded sometimes court decision don’t go your way and his office just follows the law.” [Our note: isn’t this the kind of thing  the Washington State “build-wherever-you-want activist” did back in 200-2002?]

. . . . We did look for the comments section on the Las Vegas Review-Journal’s Bundy stories, and they seem to have disappeared.