A report by Western Watersheds Project 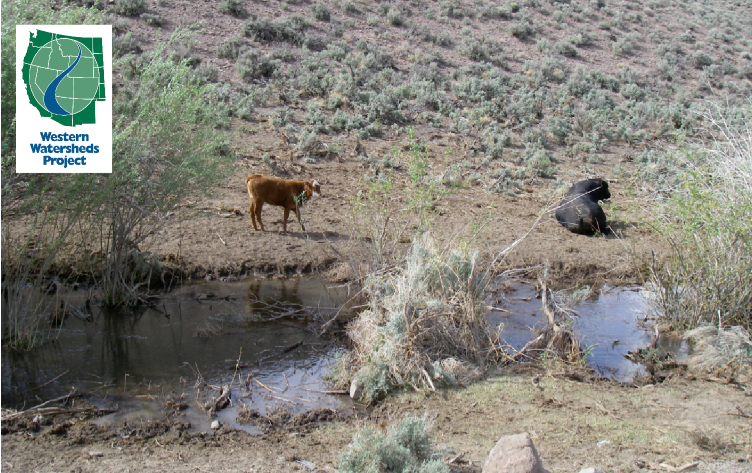 An enormous land management planning effort is underway in the American West, involving ten states and 60 million acres of what remains of sagebrush habitats on public lands. The Bureau of Land Management (BLM) and the U.S. Forest Service (USFS) are writing these plans with the stated purpose of avoiding the Endangered Species Act (ESA) listing of the greater sage-grouse (Centrocercus urosphasianus). The draft Resource Management Plan Amendments (DRMPA) released so far have failed to fully address the “present and threatened destruction, modification, or curtailment of the habitat or range of the greater sage-grouse,” and to implement the mandatory and enforceable regulatory mechanisms necessary for the recovery of the species or meet the requirements of the ESA.

All of the plans rely on a flawed habitat model, and none of the plans meaningfully or immediately address the known threats that domestic livestock pose to sage-grouse and sagebrush habitats on public lands.

THE WRONG BASELINE FOR MEANINGFUL PROTECTION

An overarching problem is that all the draft plan amendments begin with already scaled back models of habitat, and then differentiate between “primary” habitat and “general” habitat (and in some plans other habitat classes still), affording them differing levels of protection. None of the plans consider protecting large land areas, restoring sagebrush habitats, or seek to recover the species throughout its former range. The baseline is greatly reduced from the bird’s original range and the proposed protections only address an already whittled down range for the species. 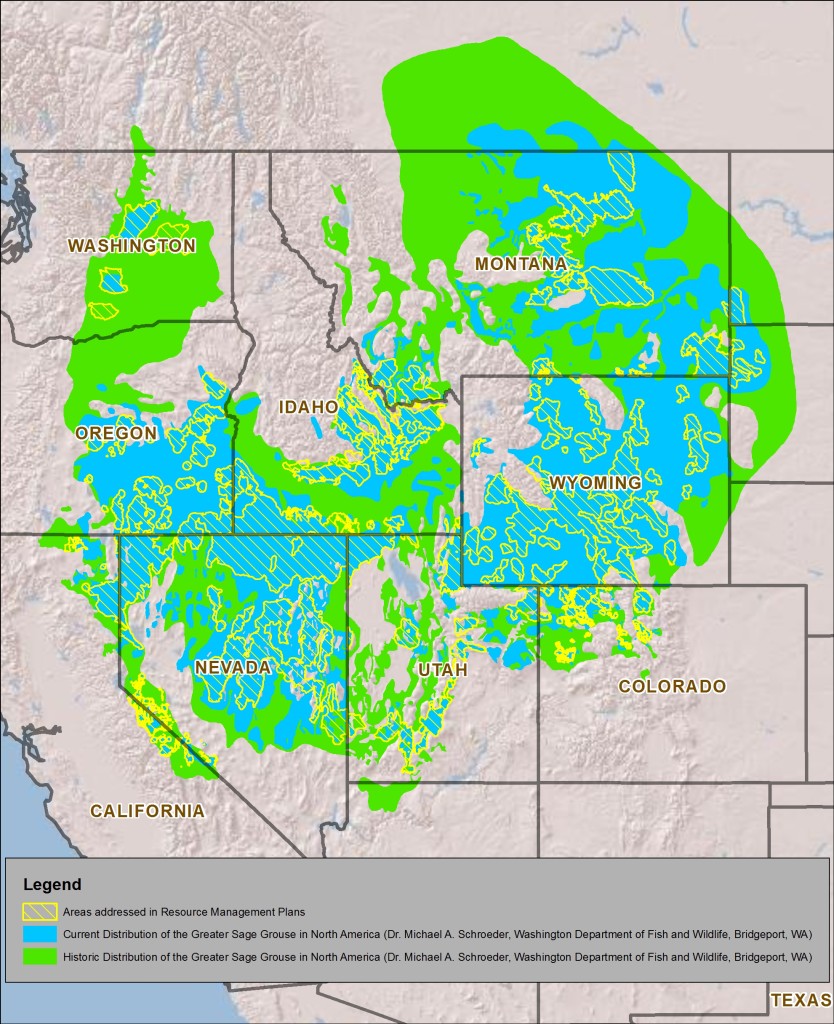 One issue with all of the draft plans is that the livestock management prescriptions are inconsistent across the range of sage-grouse. This makes no sense, since the needs of sage-grouse are the same or very similar throughout the West. The varying degrees of protection the plans afford are obviously political rather than scientific. Some of the provisions are better than others. Below, we highlight the laudable parts of the plans that bear repeating range-wide, as well as make suggestions for how to improve the language in all of them. 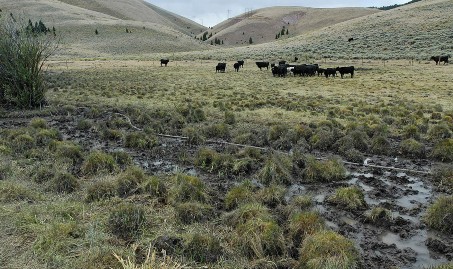 Sage-grouse collisions with fencing are a major cause of mortality, and one of the reasons that livestock grazing infrastructure is incompatible with the species. The “Conservation Objectives Team” (“COT”) report recommends that structures with negative impacts to sage-grouse or their habitats should be removed or modified to remove the threat. 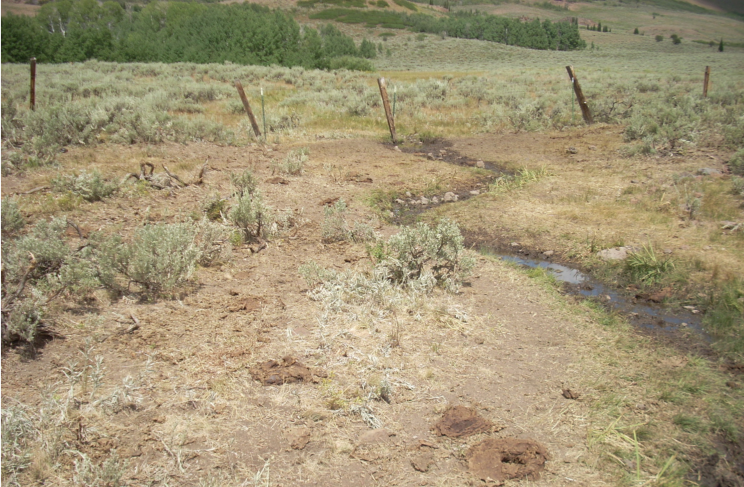 The Billings – Pompey’s Pillar proposed amendment states, “Existing range improvements would be evaluated and modified to address impacts on wildlife populations (e.g. sage-grouse/fence conflicts).”8 North Dakota’s plan states, “To reduce outright GRSG strikes and mortality, remove, modify, or mark fences in high risk areas within PH based on lek, lek size, and topography.”9 Notably, none of the plans specify a time frame for this modification, and none specify how the agencies will decide whether to modify or remove an adversely located fence.

The Wyoming Game and Fish Department reported that fence marking reduced grouse mortality by only 60 percent.10 The most conclusive study on the issue of whether or not fence marking was successful in preventing sage-grouse collisions showed that the efficacy varied according to distance from lek and the local abundance of sage-grouse, and that collision can only be fully eliminated through fence removal.11 Given the dire straits of some lek populations, every effort should be made to reduce fence-strike mortality.

Recommended language for all plans: No new fences will be approved within five miles of active leks. Existing range improvements will be evaluated within one year of plan approval, and removal of all fences within two miles of leks will be implemented within one year thereafter. Marking or removal will be considered for fences outside of this two-mile buffer based on lek, lek size, and topography.

Even if each of the plans adopts the highest possible standards for livestock management in sage-grouse habitat, they will all have to overcome the deferred management implicit in all the draft plans. In each and every case across the West, the sage-grouse plan amendments do not impose immediate relief for sage-grouse via mitigation or management measures, but instead “kick the can down the road” to make decisions at the site-specific level when grazing permits are renewed. For the majority of allotments (56 percent of all of those in sage-grouse habitat), recent renewals mean that current permits won’t expire until 2019-2024, and even so, because of ongoing legislative efforts, permit renewals do not necessarily entail a timely environmental review.

For example, the Lewistown (Montana) draft plan says both, “”Habitat objectives would be considered when evaluating an allotment’s conformance with land health standards prior to renewing a grazing authorization,” and, “Adjust grazing permits during the renewal process to include measures… to achieve desired habitat characteristics.”12 This means that any protection the plans do afford to sage-grouse and sagebrush habitats won’t become immediately effective, but would “be considered” and maybe adopted later.

It is important to note that this type of language ensures that changes won’t occur until permits are renewed and fully processed under NEPA, something the agencies are woefully behind on throughout much of the West. 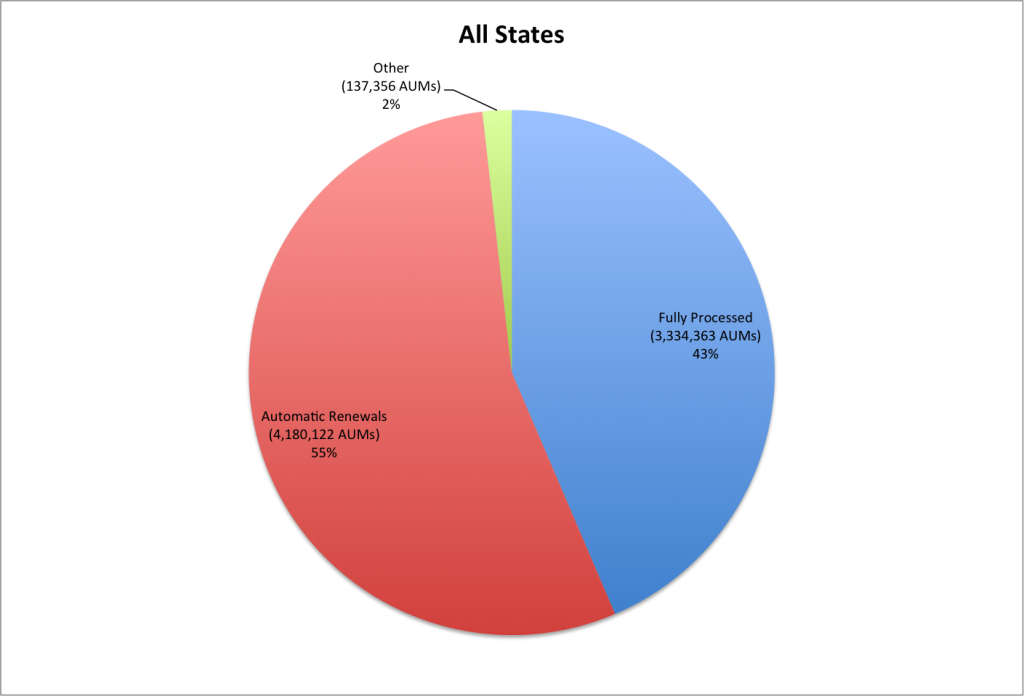 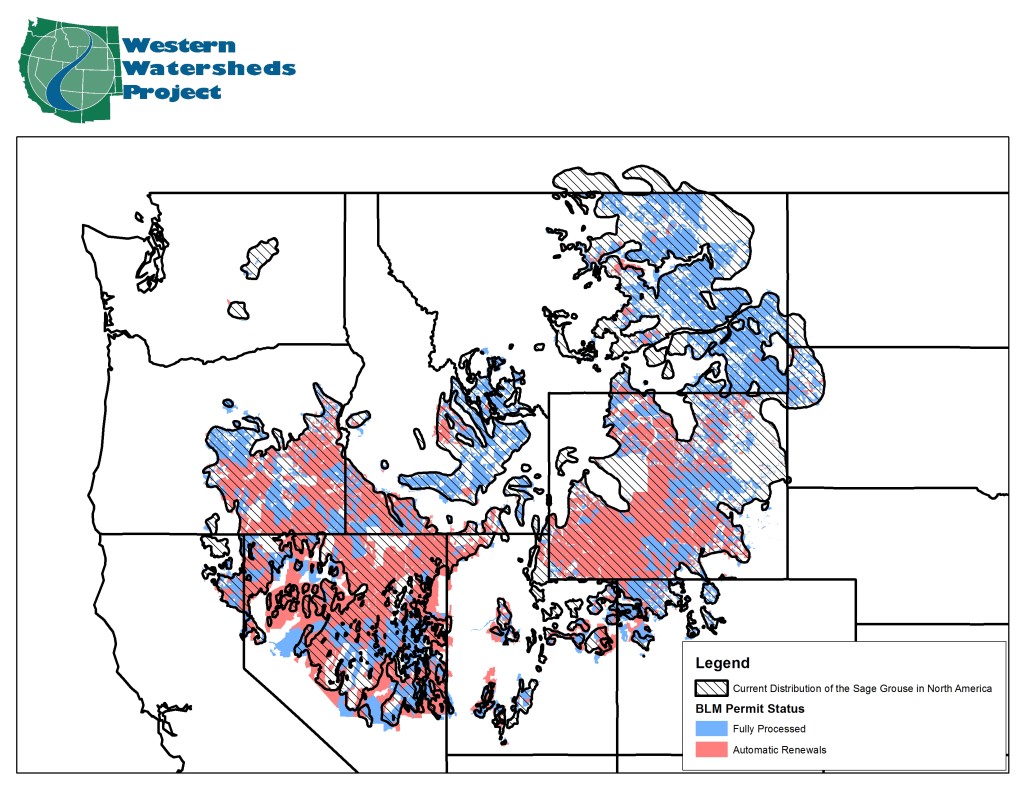 The agencies have used legislative riders on annual appropriations bills to renew grazing permits without environmental review. For BLM allotments in sage-grouse habitat, fully 55 percent of all grazing permits have been renewed using the rider since 2004, and in some states and field offices, the percentage swells to over 70 percent. See map below.

If this trend continues, even the protection promised for future consideration will be put off indefinitely for most sage-grouse habitat.

Recommended language for all plans: Habitat objectives in the RMP would be implemented immediately through automatic grazing permit amendments and compliance checks would occur beginning the year following plan approval.

PROMPT ACTION NEEDED TO SAVE SAGE-GROUSE

The time is now to save the sage-grouse and the sagebrush sea from the devastating impacts of livestock grazing. For over a century, this high and dry desert has been impacted by herds of cattle and sheep, infested with non-native vegetation spread by grazing animals, burned in intense wildfires caused by these new plants, and had important soil crusts trampled and destroyed. Sage-grouse trends show the dire situation the species faces in the American West. Our public lands – the lands these plans will prescribe management for during the coming decades – need more than the federal agencies have given so far. Sage-grouse need a reprieve from yearlong, unchecked livestock grazing practices, and they need it now.

Western Watersheds Project is a non-profit conservation organization with a mission to protect and restore western watersheds and wildlife. WWP has offices in Idaho, Arizona, California, Montana, Oregon, and Wyoming. Please visit wwp.westernwatersheds.org for more information.

34 Responses to Ignoring the Obvious