Privatized or Not, Public Lands Will Suffer Under Trump

The straw-grasping began almost as soon as the shock wore off. Conservationists began searching for a sign that Donald Trump might care about something other than money and winning. They dug up a January 2016 interview with Field and Stream and Outdoor Life, where he said that he doesn’t like the idea of divesting federal lands by transferring them to the states, and that he doesn’t believe public lands should be sold. His full quote twice repeats the idea that we have to be great stewards of this land and “hunters and fisherman and all of the different people that use that land” do “such a great job.” You can hardly blame the environmental community from latching on and hoping he meant what we mean when we say “stewardship.”

And then Trump nominated Montana Rep. Ryan Zinke for Secretary of Interior, and a few conservation organizations again held out hope that Zinke’s votes against public land transfer would bode well for the Department. But on January 2, 2017, Zinke joined with the majority in the House of Representatives to vote for a bill to ease federal land transfers, claiming that such transfers would be budget neutral and removing the need to account for the revenue values the federal lands provide. In his confirmation hearings for the Secretary post, Zinke said he “absolutely” opposed the sale of transfer of public land, but out the other side of his mouth that he was willing to revisit decisions by the Obama administration to halt coal leasing, ban oil and gas drilling in most of the Arctic and set aside parts of the West as national monuments under the Antiquities Act. 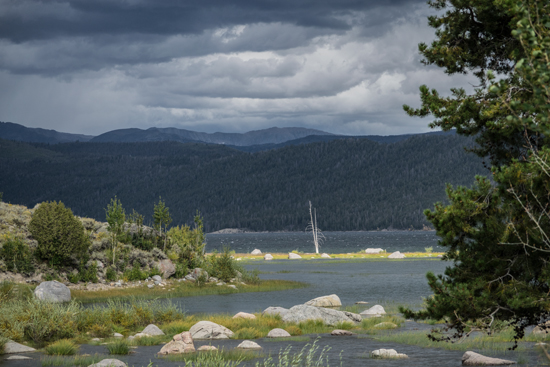 Being against the sale and transfer of public land is meaningful only insofar as the natural resources of those lands aren’t also transferred for the economic benefit of extractive interests, as the Zinke/Trump agenda seems to favor. Public land serving as cheap resources for industry is a welfare program of the worst kind, and utterly ignores the civic cost of diminished habitat values and ecosystem function that are engendered by industrialization. Keeping public lands public entails keeping management focused on multiple uses, including the invisible “use” of cleaning our air and our water, supporting pollinator migrations, and maintaining a sense of wonder and wildness that these lands do best when freed from human intervention.

Thus, while it appears possible – and even, on better days, likely – that the next Department of the Interior will maintain the federal domain of public lands, it seems unlikely that Interior’s version of stewardship will include making space for predators like gray wolves and grizzlies, or those iconic sentinels of the sagebrush, the greater sage-grouse. It seems that the pro-industry rhetoric and “all of the above” approach to energy development is going to cut hard into the heart of the West, and that any species that get in the way of human plans for the land will be removed as impediments to progress.

It also seems that what the Executive Branch won’t do, the Legislative Branch will happily undertake. In addition to the bad public land bill that Zinke-as-Congressman got to endorse at the beginning of the session, the House and Senate are cranking out alarming bills at an alarming rate. From the efforts to strip federal protections and allow trophy hunting of wolves in four states to generalize threats to repeal and replace the Endangered Species Act, to the host of rollbacks being pledged through the Congressional Review Act, the progressive public policies safeguarding our future are facing unprecedented pro-industry hostility.

With control of two branches of government and certain influence on the judiciary through a Supreme Court seat, the checks and balances we all learned about in primary school could further devolve into scales heavily weighted towards those with the biggest balance in their checkbooks. And though industry-led plunder of natural resources is nothing new, we’re at a tipping point on climate and planetary ecological resilience that has no parallel in human history, a reality that apparently isn’t registering with the decision-makers.

Which brings us back around to the hunters and fishermen that Trump so favors as stewards of the land. There surely are hunters and anglers that understand the complexity of ecosystems and the need to protect high-quality habitat for the species they harvest for food, but the Trump Brothers’ trophy hunts of elephants and leopards don’t count as evidence of a land ethic. Such triumphant and total exploitation of nature’s bounty doesn’t fall under my definition of “stewardship,” but it is likely the model we can expect from the incoming President. I tremble for my countryside.

Conservation groups need to stop grasping at straws of solidarity and fight like hell every step of the way.

This commentary first appeared at KCET as part of a series from KCET and Link TV writers and contributors reflecting on how the incoming president will shape, change, and redefine the future of California.

6 Responses to Privatized or Not, Public Lands Will Suffer Under Trump