Save the elk: Shut feedlots, add wolves Why Delisting of Grizzly Bears is Premature

HAILEY, Ida. – Western Watersheds Project yesterday entered into a settlement agreement with the Forest Service that gives salmon, steelhead, and bull trout spawning habitats in the upper East Fork of the Salmon River a chance to recover from the impacts of livestock grazing. The settlement resolves litigation challenging violations of Endangered Species Act requirements on two national forest grazing allotments. The allotments are within the acclaimed Sawtooth National Recreation Area and they overlap with the new White Clouds Wilderness. 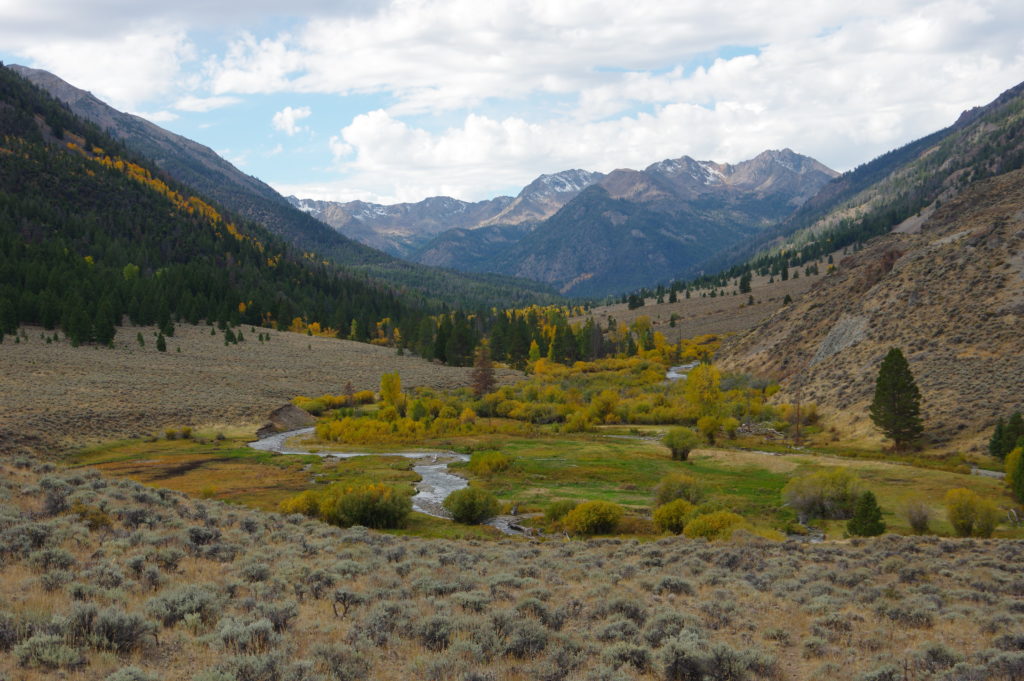 The agreement guarantees that there will be no domestic livestock on the Upper and Lower East Fork allotments in 2017 or 2018, and no livestock will be allowed to return until stream health standards for trout and salmon are fully met. This will stop the bank trampling, removal of streamside vegetation, and associated shallower, warmer and more turbid waters, and give the salmon, steelhead and bull trout of the East Fork a desperately needed leg up on survival. The Forest Service must also reassess whether any livestock grazing should occur on these sensitive habitats in the future.

“The Upper East Fork of the Salmon contains critically important spawning habitat for trout and salmon, but cattle were degrading the health of the watershed with their heavy impacts along stream corridors,” said Kristin Ruether of Western Watersheds Project. “We’re delighted we’ve gained at least two years of rest these for sensitive spawning streams from the impacts of livestock grazing. ”

The lawsuit alleged that standards set for the recovery of Spring-run chinook, steelhead, and bull trout, which are protected under the Endangered Species Act, were being violated as a result of environmental damage caused by cattle on Forest Service lands permitted to private ranchers for livestock grazing. In addition, cattle repeatedly grazed in closed areas or during seasons where grazing was not permitted.

“Under the law, science comes first in decision making when it comes to threatened and endangered species, and when the Forest Service itself identifies serious problems, it must act to fix them,” said Laurie Rule, Senior Staff Attorney with Advocates for the West, who led the litigation, partnering with WWP’s Ruether. “We’re confident that this settlement will address the serious environmental problems that prompted the lawsuit in the first place.”