Returning Half the Earth to Nature 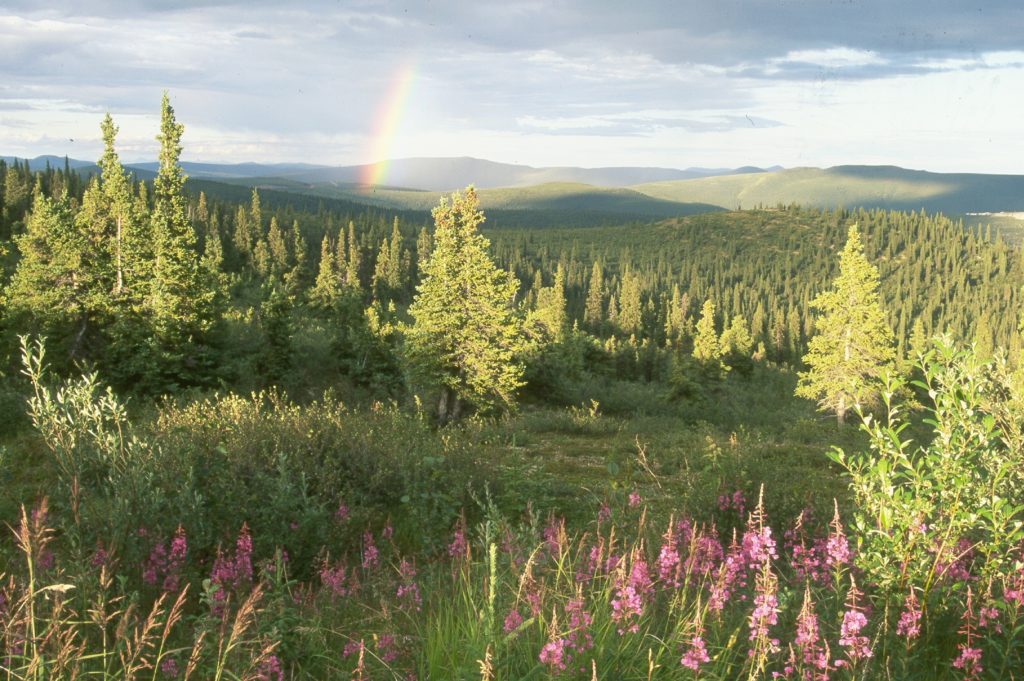 Dr. Edward O. Wilson, one of the world’s foremost ecologists and thinkers, will be in Washington, D.C. next week for a series of presentations on migration corridors in the United States and the diversity of life across the globe. This is part of Dr. Wilson’s ‘Half-Earth’ campaign, a proposal to save our imperiled biosphere by devoting half of the planet’s surface to nature. It’s a bold idea at a time when the global scale of problems like climate change, pollution tipping-points, and mass extinction seem intractable.

Humans – and every other living thing on Earth – now face three major crises that threaten the delicate balance of the Earth’s ecosystem, and ultimately, our own survival.

The first is the biodiversity crisis, a ‘wave of extinction’ that is wiping out native species with a rapidity that has no precedent in the five prior mass extinction events. These were mediated by natural events — meteor strikes, volcanism, or glaciation. This sixth wave of extinction is our fault. The spread of agriculture, deforestation, urban sprawl, unnatural climate-caused weather anomalies and invasive non-native species all are pushing plants and wildlife over the edge. In the oceans, overfishing, dead zones caused by agricultural pollutant runoff, the bleaching of coral reefs, and the accumulation of persistent human garbage all contribute to a similar trend. The complex interrelationships of these species and systems are only beginning to be understood, and the cascading losses are accumulating faster than we can even chronicle their existence.

The second major crisis is the rapidly changing and chaotic climate. Economists and insurance corporations are already raising alarms at the billions in costs from hurricanes, tornadoes, and other severe weather that are increasing in frequency and severity. Longer fire seasons are also taking their toll, especially in areas where human settlement is spreading into fire-prone ecosystems. In the long term, the biggest disaster may be the changing patterns of precipitation, with longer and deeper periods of drought that have the potential to turn agricultural breadbaskets into dust bowls and create famine on regional or even global scales.

The third crisis, an underlying cause of the other two, is human population growth. Humans are displacing and consuming large percentages of the planet’s resources, outcompeting plants and animals for space, food, and water. We’re entering a period of “overshoot,” where human demands are exceeding the biomass availability of the increasingly unhealthy planet. What will happen?

In the 1980s, I was part of a team of scientists examined a population of moose that started with six animals in 1959 that had been transplanted onto to a remote island off the coast of Alaska. In the absence of natural predators, the moose population ballooned over the next two decades until 212 moose crowded the island by 1982. They denuded the 23-square mile island of its willows and were digging in the sand for roots and rhizomes to survive. Even as the males starved to death, the females – well-adapted to the severe conditions of Alaska – kept giving birth to twins. Then the population crashed, and by 1986, only eight moose remained. It was ugly, painful, but entirely demonstrative of how population growth without fully functioning checks and balances can lead to devastation.

We humans also live on an island – the planet Earth. There are ways to be more efficient with our resources and live more within the natural limits of carrying capacity.

Some have pointed to the large acreage of the Earth committed to animal agriculture, and suggest that the solution is to stop eating meat, and switch to an all-vegetarian diet to save the planet. While livestock degrade, deforest, and desertify vast ecosystems, others counter that conversion to a monoculture of plant crops, often genetically manipulated and propped up by toxic pesticides and fertilizers, also is ecologically devastating. Still others point to our dying oceans and the compelling need to reduce our reliance on seafood. There is truth in all three claims. But if we get rid of these three food sources, what then we will eat? Clearly, something more fundamental than switching dietary habits needs to change.

The Half-Earth campaign provides a useful and beneficial framework on land and sea under which we can strive to move humanity back to an ecologically sustainable relationship with the planet. Shrinking our footprint allows the expansion of forests and jungles, drawing carbon out of the atmosphere. More compact urban areas mean less sprawl and more surrounding natural countryside for residents to enjoy. Could crops be grown on flat roofs or dangling from balconies? If so, we could might be able to return some fertile river bottoms and grasslands to nature. Can livestock be removed from recoverable native ecosystems? If so, native species can repopulate, and damaged ecosystems can rebound.

At the same time, we can accelerate our transition away from fossil fuels to clean, renewable energy sources. Coal, oil, and natural gas are rapidly depleting and will run out in any case, so we might as well transition to renewables now before we find ourselves in another energy crisis. Could roads and parking lots join buildings in becoming solar energy collectors? It’s already starting to happen in some countries. And distributed renewable power could make buildings energy self-sufficient, replacing our current model where large acreages of the Earth are dedicated to strip mines, oil and gas fields, or wind farms.

Some nations are achieving zero or negative population growth already. We can look to these nations to see what is working best, and whether it can be applied to nations where the human population is expanding. Ultimately, gains in energy efficiency and reallocation of lands from food production to natural ecosystems will be useless unless we also address human population growth.

We’ll need our best and brightest to show us the way, and Dr. E.O. Wilson is here to help. It’s time to reverse centuries of consumptive destruction, and provide natural systems and native plants and animals half of the Earth. For their sakes, and for ours.

Erik Molvar is a wildlife biologist and executive director of Western Watersheds Project, a nonprofit environmental conservation group that works to protect and restore watersheds and wildlife in the western United States. The views expressed here are the author’s own and do not necessarily reflect the views and opinions of the E.O. Wilson Biodiversity Foundation.

68 Responses to Returning Half the Earth to Nature