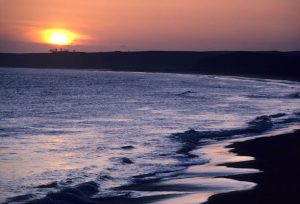 Point Reyes National Seashore was established in the 1960s by the purchase of private ranches. The public paid fair market value for these lands. Livestock operations were to be removed over a 25-grace period. But time and again the ranchers refused to leave OUR property.

Surprisingly Representative Jared Huffman, ordinarily good on environmental issues, has sponsored legislation that would make the previous owners and their cattle permanent residents of OUR property. It is like buying a house, but the previous owners never move out, and a Congressman is going to make it illegal to remove them from your property.

Think about all the beautiful redwood parks scattered up and down California’s coast. Nearly all of these parklands were created by purchasing the land from private property owners, just like we the public bought the ranches that remained in Pont Reyes National Seashore. Now imagine that the previous landowners not only refused to leave our redwood parks but continue to cut down redwoods even after we bought the land and trees for preservation. That is precisely what is going on in Point Reyes National Seashore.

Would Representative Huffman be outraged if loggers were cutting trees in Muir Woods National Monument, or Humboldt Redwood State Park, or Redwood National Park? I would hope so. But he doesn’t seem to understand that domestic livestock is damaging OUR property and is inappropriate in a national park unit.

Privately owned livestock are polluting the streams running through OUR property. Indeed the livestock-polluted waters of Point Reyes National Seashore rank in the top 10 percent of U.S. locations most contaminated by feces indicated by E. coli bacteria.

Point Reyes is one of the few places where native Tule elk are found in California. There are approximately 600 elk and yet more than 5000 cows in OUR park.  Isn’t there something wrong with this picture when domestic animals outnumber native wildlife species nearly 10 to 1 in a national park?

When you drive to Point Reyes, you pass dairy and cattle farms almost continuously. There is no shortage of cattle/cows in Marin County nor California as a whole. California is home to more than 5 million cattle–4th highest in the entire country. Why should we allow private individuals to graze domestic livestock, a commodity that is abundant on private lands throughout the state and nation, in a national park unit?

It’s time to remove domestic livestock operations from our property and dedicate Point Reyes National Seashore to the principle it was purposed initially—preservation of native plants and wildlife.