A quiet victory in defense of three of California’s rare amphibians. Forests for Carbon Storage 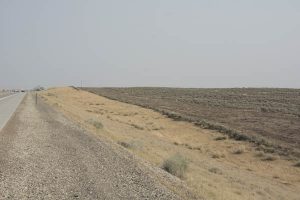 In June the BLM released a draft EIS Programmatic EIS for Fuel Breaks in the Great Basin. The proposal would authorize the creation of 11,000 miles of fuel breaks primarily in sagebrush ecosystems across parts of Nevada, California, Utah, Idaho, Washington, and Oregon. https://eplanning.blm.gov/epl-front-office/projects/nepa/71149/175534/213852/FuelBreaksDraftPEIS_Bulletin.pdf

This plan is a government boondoggle that will cost a significant amount of money, likely will not work, and in many cases make wildfire spread worse.

Under the plan, more than a million acres will be cleared with herbicides, bulldozers, mowers, and livestock grazing. Not only will this series of fuel breaks fragment sagebrush ecosystems, but there is significant evidence that this kind of disturbance enhances the spread of cheatgrass, an annual grass that is highly flammable.

The goal is to reduce massive wildfires, the kind that burns hundreds of thousands of acres. That is an admirable goal because fires are burning up vast amounts of sagebrush habitat with dire consequences for sagebrush dwellers like sage grouse.

Worse, the disturbance of soil and native plants is the main factor in the spread of Bromus tectorum, better known as cheatgrass.  For instance, in a paper in Applied Ecology Conditions favoring Bromus tectorum dominance of endangered sagebrush steppe ecosystems, the authors concluded that destruction of biocrusts and loss of native bunchgrasses enhance the spread of cheatgrass.

And grazing, mowing, bulldozing and other treatments all destroy biocrusts and native bunchgrasses and therefore only exacerbate the spread of this alien grass. In effect, fuel breaks will become super-highways for the spread of cheatgrass.

In a recent paper on fuel breaks with the title: “The ecological uncertainty of wildfire fuel breaks: examples from the sagebrush steppe,” the authors warn that fuel breaks are of unproven effectiveness in the face of extreme fire weather.

The authors suggest that an extensive system of fuel breaks would “create edges and edge effects,  serve as vectors for wildlife movement and plant invasions (like cheatgrass, and fragment otherwise contiguous sagebrush landscapes.”

The idea that livestock grazing can be used to reduce wildfires is widespread in the ranching community, but like the idea that fuel breaks are sufficient, the real story is in the details.

In a widely cited paper,  Targeted Grazing in Southern Arizona: Using Cattle to Reduce Fine Fuel Loads, the authors write glowingly about how grazing can be used as a tool to reduce fire spread. However, in the next to last paragraph, they write that “Although it is a promising tool for altering fire behavior, targeted grazing will be most effective in grass communities under moderate weather conditions.” In other words, livestock grazing doesn’t work to stop wildfires under extreme fire weather conditions.

There are other negative consequences, as well. These corridors are often used by predators like coyotes, avian predators like ravens, and others to search for vulnerable prey like sage grouse. In justifying these fuel breaks as a means of “saving” sage grouse, they may only increase sage grouse losses.

A further problem with fuel breaks is that they must be maintained. There are already 6,000 miles of fuel breaks in sagebrush country and adding another 11,000 miles of new weed highways (also known as fuel breaks) and funding for maintenance is not part of the plan. In other words, the BLM will fragment sagebrush habitat, enhance the spread of cheatgrass and create new challenges for sage grouse and other wildlife, but there is nothing in the plan that suggests they will be able to maintain the breaks or control the spread of cheatgrass.

The real problem is that changing climate is enhancing extreme fire weather that is ultimately driving large wildfires. Without addressing climate change, such proposals like fire breaks are like sticking your finger in the dike as the entire barrier collapses.

The BLM is currently taking comments on its proposed plan.

Comments are due August 7th

Support Alt. A which is no action. You can write the BLM at GRSG_PEIS@blm.gov

2 Responses to Proposal for Massive And Ineffective Fuel Breaks System