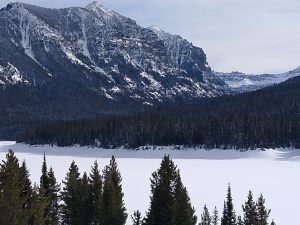 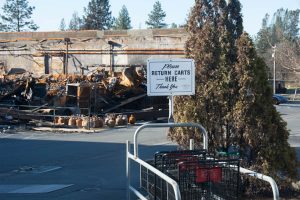 Back in the Middle Ages, it was a common practice for “doctors” to bleed the “bad blood” from sick patients. If the patient survived, the doctors took credit for their recovery. If the patient died, well, obviously, not enough bad blood was removed.

A similar logic drives the Forest Service thinning programs like the proposed Bozeman Watershed Project in the Gallatin Range. The agency suggests the problem for communities like Bozeman is too much “fuel” (like bad blood) in the watershed.[i] Like the doctors of old, the solution is to reduce the “bad” blood or thin the forest.

The fundamental problem is that thinning the forest is MORE likely to increase the occurrence of high severity burns, not reduce it. Further, one of the justifications for the logging proposal is to preclude sedimentation from entering the Bozeman water system. One of the most significant and most chronic sources of sedimentation across the West is from logging roads.

Like the Middle Age doctors who did not understand the disease, the Forest Service does not fully comprehend fire ecology.

All large (high severity) fires are driven by weather-not fuel. Unless you have a fuel-free zone like a Safeway parking lot, the fire can spread—and the recent blaze in Paradise, California, even burned up the Safeway despite the parking lot. Even the mile-wide Columbia River in Oregon could not stop the Eagle Creek fire from jumping across the entire waterway to spread into Washington. If a parking lot or a major river won’t stop a blaze, does anyone sincerely believe removing just some of the forest will halt a fire?

For instance, in a 2017 letter to Congress, more than 250 scientists opined that logging and thinning were ineffective. To quote from their message: “Thinning is most often proposed to reduce fire risk and lower fire intensity…However, as the climate changes, most of our fires will occur during extreme fire-weather (high winds and temperatures, low humidity, low vegetation moisture). These fires, like the ones burning in the West this summer, will affect large landscapes, regardless of thinning, and, in some cases, burn hundreds or thousands of acres in just a few days.”[ii]

Many researchers question the idea that fuel reduction from logging/thinning or even prescribed burning is effective. This is a representative sample from scientists at the Missoula Fire Lab. “Extreme environmental conditions. .overwhelmed most fuel treatment effects. . . This included almost all treatment methods, including prescribed burning and thinning … Suppression efforts had little benefit from fuel modifications.”[iii]

This view was echoed by the Congressional Research Service (CRS), which states in a report to Congress “From a quantitative perspective, the CRS study indicates a very weak relationship between acres logged and the extent and severity of forest fires. … the data indicate that fewer acres burned in areas where logging activity was limited.[iv]

A 2016 study that reviewed over 1500 fires concluded that fires burned at higher severity in “actively managed” forests while protected areas like wilderness experienced lower severity fires.[v]

Thinned forests also tend to get rapid regrowth of small trees, grass, and shrubs. It is these fine fuels that carry fires, not large tree boles—which is why you have snags left after a fire. The trees themselves seldom burn.

Even if thinning worked to reduce fire severity and spread—a questionable assumption—there is the science that finds that the probability of a fire actually encountering a thinned parcel during the period when “fuels” are reduced is around 1% or less. And one must “maintain” fuel reductions indefinitely into the future—including prescribed burns every few years which always poses a risk they will escape.

Logging the forest degrades forest ecosystems. It removes biomass (read trees and snags) which is important “habitat” for many wildlife species. It reduces carbon storage (logging releases much more carbon than a wildfire). It creates roads which are vectors for weeds (which increases the flammability of vegetation), but also tend to increase human access that can disturb sensitive wildlife. Not to mention roads are also the location of most human-ignitions.

In other words, Bozeman will get all the negatives from thinning and almost no additional fire prevention.