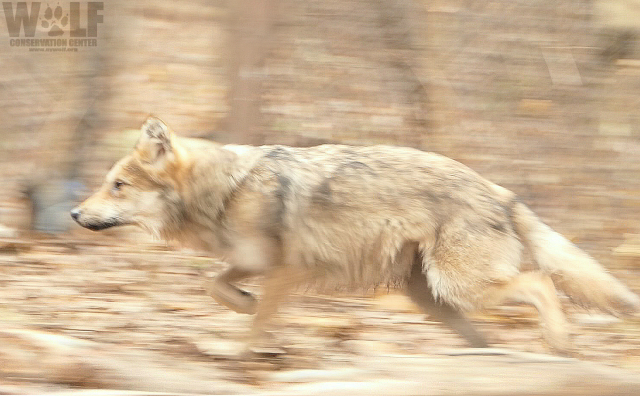 In the Arizona Republic article, “Anubis, a Mexican gray wolf found outside his territory, is relocated amid outcry from scientists, advocates,” (August 18, 2021), Arizona Game and Fish Department’s Jim deVos provided his agency’s justification for removing Anubis, a young wolf who wandered around Flagstaff for nearly four months without any issues. But for each of the agency’s excuses to justify removing this wolf from suitable Mexican gray wolf habitat, there were other ways to address the ‘problem,’ had the agency actually wanted to restore wolves to their rightful place on the broader landscape.

Mr. deVos used the fact that four wolves in 20 years have been roadkill in and around the Flagstaff area as one of the reasons for removing Anubis. It’s true that Mexican gray wolves can be hit by cars; twelve percent of lobo mortalities between 1998 and 2018 were caused by vehicle strikes, mostly within the designated recovery area. Removing Anubis doesn’t protect him from cars, but the agency’s justification reveals something else: wolves are regularly moving north of Interstate 40, the politically established boundary line intended to prevent wolves from re-establishing populations in certain parts of their original range. Rather than translocating the wildlife, the agency could be looking at creating safe wildlife passages for all of Arizona’s animals across highways like I-40. Deal with the problem – roads – rather than trying to block the natural processes of wildlife dispersal and migration.

The Department also used the presence of other wolves in the existing recovery area as a good reason for moving Anubis: “Now he’ll be back in an area with females, finding a female partner, forming a pack and contributing to wolf recovery.” There could be females up around Flagstaff if the Department wasn’t opposing management rule changes that could expand the recovery area to include areas north of I-40. Anubis was contributing to wolf recovery by demonstrating that there is suitable and abundant habitat, and the agency could have instead allowed females to join him. It may take some time for it to manifest on the landscape, but we know that wild wolves are capable of taking care of themselves and finding mates in new territories.

Additionally, the Department rationalized that Anubis’ proximity to people would put him at risk of being intentionally or accidentally shot by people. Killing an endangered species is a crime, full stop, and these unfortunate crimes also happen in the designated recovery area. If the agency had wanted to protect Anubis, it could have made public statements, advising people of the criminal penalties for ‘taking’ an imperiled wolf and educating people about the difference between a coyote and a wolf. Even more proactively, the game agency could have closed the area entirely to coyote hunting during Anubis’ foray or expand such a the closure to everywhere wild wolves roam. Address the issue – human ignorance and criminality – rather than trying to limit where wolves can recover.

The reality seems to be that even though Anubis wasn’t causing any problems, had moved away from the highway, was localized in an area with abundant prey, and was largely staying out of human sight, the Department resented his transgression of their arbitrary boundary and needed to shove him back south across the imaginary line. It’s a shame for Anubis and a shame for the all of Arizona’s critters that our wildlife managers can’t tolerate and try to accommodate wild life.