Indian Burning-The False Solution to Large Blazes “Which side of the horizon are you on—setting or rising?” 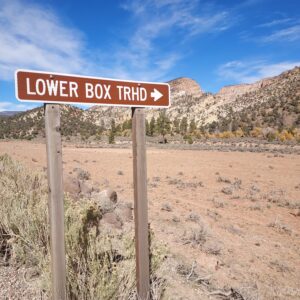 The nearly complete annihilation of vegetation by livestock vandelism seen here should result in the termination of any grazing privileges. Photo George Wuerthner

I recently spent a few days on the Dixie National Forest in southern Utah. One of the defining characteristics of the forest is that nearly all the acreage that is not a cliff or inaccessible canyon is used for cattle grazing. And without exception, almost all allotments are overgrazed and abused. Nearly all the allotments I visited were grazed down to golf course height or even bare dirt.

What I saw is essentially legalized vandalism. For example, if I were to tear down a Forest Service sign, I could be fined or perhaps even arrested, but you can easily replace a sign. This ecological damage is much more severe and long-lasting, yet the Forest Service does nothing to preclude it. 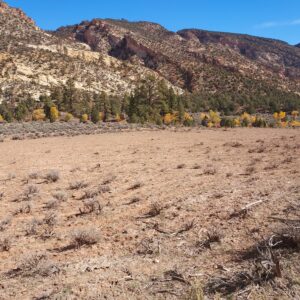 Lest anyone think I just picked out one particularly badly abused area, here is another shot showing the near absence of vegetation. Photo George Wuerthner

Incredibly, the “range cons” who are supposed to monitor and manage the livestock grazing here can somehow look at themselves in the mirror in the morning and still accept taxpayer-supported salaries while allowing this vandalism to occur.

Why is such abusive grazing terrible for the public? To start with, when the grass is cropped to one inch or less height, there is no hiding cover for small rodents, ground-nesting birds, and other wildlife. 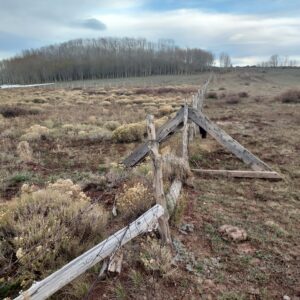 This is an enclosure where cattle grazing is excluded. It is located at over 9,000 feet on Boulder Mountain. Note that the area outside of the fence is grazed to golf ball putting green height. At this elevation and moisture regime, grass and shrubs should be a foot tall  or more as seen inside the exclosure. Photo George Wuerthner

Such heavy grazing also leaves little forage for other native herbivores, from ground squirrels to elk.

Short grass exposes the soil to more evapotranspiration and enhances desertification, which is already the dominant feature of this part of Utah. 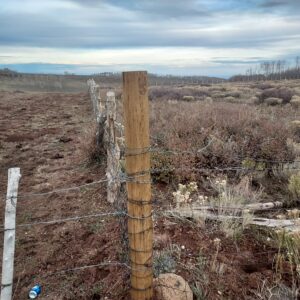 The loss of hiding cover, forage for native herbivores, and the soil erosion that occurs with the loss of vegetative cover are all examples of legalized vandalism. Photo George Wuerthner

There is widespread trampling by livestock of biocrusts that cap much of the soil in southern Utah. Loss of biocrusts increases wind and water erosion.

Nearly all the riparian areas were almost stripped of vegetation, while banks were trampled and broken. This loss of streamside vegetation is particularly deleterious in an arid land since 70-80% of the wildlife depends on these green lines of vegetation along streams. 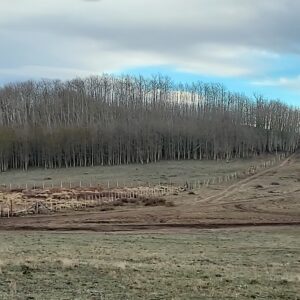 It is difficult to convey the extent of the vandalism in a single photo. But almost every meadow on Boulder Mountain looked like a putting green as a consequence of heavy livestock grazing. Photo George Wuerthner

The ranchers responsible for this vandalism should be fined and certainly should lose their grazing privileges.

34 Responses to Rancher Vandalism on the Dixie National Forest Utah