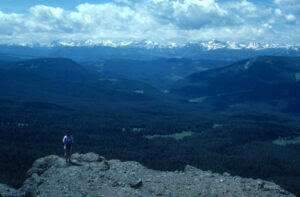 Hike on the crest of the Gallatin Range looking down on the Porcupine drainage. Photo George Wuerthner

Many conservation groups are heralding the recently released Final Custer Gallatin National Forest Plan as a “win” for the environment. At least in my initial review, I am less sanguine and enthusiastic about the outcome.

The CGNF proposes 140,000 acres of new wilderness across the entire forest (keep in mind that only Congress can designate wilderness). But recent mapping by the Gallatin Yellowstone Wilderness Alliance has determined there are more than 1.1 million roadless acres on the forest that could, in theory, qualify for designation as wilderness under the 1964 Wilderness Act.

Yet, the Greater Yellowstone Coalition (GYC) breathlessly reported they had “exciting news” to share. They celebrated the CGNF recommendation for 140,000 acres of new wilderness spread across the three million-acre forest due to their “hard work” as the Gallatin Forest Partnership (GFP) members. The GFP successfully fought to keep a portion of the Gallatin Range in the Buffalo Horn and Porcupine drainages and the West Pine Creek areas from being recommended for wilderness. Way to go, GYC.

Likewise,  Wild Montana (aka Montana Wilderness Association) declared they were “thrilled” by the Forest Plan recommendations. 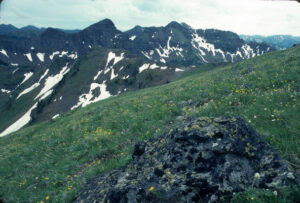 The CGNF plan recommends 92,000 plus acres out of a possible 270,000 plus roadless areas in the Gallatin Range, stretching south from Bozeman to Yellowstone Park.

The Gallatin Range has been targeted for protection for more than a century as one of the most critical wildlife areas in the entire Greater Yellowstone Ecosystem. 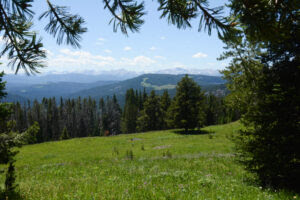 With the support of GYC, Montana Wild, The Wilderness Society, Winter Wildlands, and other so-called “wilderness advocacy” groups, the CGNF establishes a 26,496-acre backcountry area in the southwestern Buffalo Horn Porcupine Hyalite WSA and 22,632 acres of a similar backcountry area in West Pine drainage of the Gallatin Range.

Both areas were part of the 151,000 acres protected in 1977 by Senate 393 Buffalo Horn Porcupine Hyalite Wilderness Study Area legislation. They are critical low elevation lands that are poorly represented in most protected wilderness areas. The CGNF plan, with the approval of these “green” groups, only recommends 78,000 acres out of the 151,000 acres Buffalo Horn-Porcupine-Hyalite WSA for the wilderness. This is a “win”? 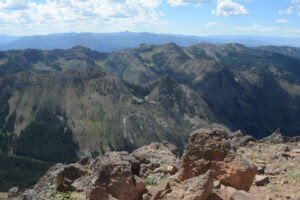 Another 13,763 acres in the South Cottonwood drainages are also recommended for Backcountry designation. The South Cottonwood area was the center of a significant conservation fight in the 1990s. The site was proposed for logging, but local conservationists successfully fought for protection with the understanding that someday, it too would be designated wilderness.

Unlike wilderness designation, which has Congressional protection, Backcountry Areas are purely an administrative designation. In other words, the Forest Service can change the status on a whim.

For example, the Record of Decision for the Final CGNF plan says Backcountry Area designation in the Gallatin Range will permit logging for “restoration” and fuels Treatment as well as existing mechanical recreation access by snowmobiles, mountain bikes, and dirt bikes. 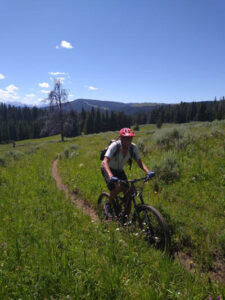 Mountain biker in Buffalo Horn drainage. According to S.393, the FS is supposed to manage the Buffalo Horn Porcupine Hyalite WSA to protect wilderness values. And only activities that existed in 1977 (there were no mountain bikes) are permitted. Photo George Wuerthner

The S. 393 legislation says, “the wilderness study areas designated by this Act shall, until Congress determines otherwise, be administered by the Secretary of Agriculture to maintain their presently existing wilderness character and potential for inclusion in the National Wilderness Preservation System. 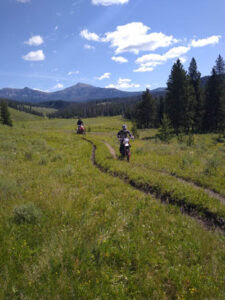 Dirt bikes in the Buffalo Horn drainage of the Gallatin Range. Typically motorized use is not permitted in wilderness or proposed wilderness. Photo George Wuerthner

The wording “shall” is essential. It means the Forest Service must preserve the wilderness character and potential for future wilderness designation. But unfortunately, the Forest Service has not abided by the law. Instead, it has encouraged uses like mountain biking, snowmobiling, dirt biking, etc.—all of which are not permitted in the designated wilderness–to occur in the WSA.

I am more forgiving of the CGNF itself since it is under extensive political pressure to minimize additional wilderness on the Forest. However, instead of holding the Forest Service feet to the fire,  GYC,  Wild Montana, The Wilderness Society, Winter Wildlands, and others all fought against wilderness protection for some of these areas.

One of the problems with the CGNF final plan is the creation of “backcountry areas” on lands that clearly should be recommended for wilderness. For example, the ecologically critical Buffalo Horn Porcupine drainages are among essential lands for west slope cutthroat trout, grizzly, elk, wolf, moose, and bighorn sheep in the entire northern region of the Greater Yellowstone Ecosystem. 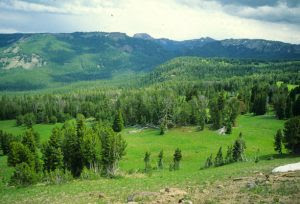 Indeed, a 2002 study (Noss et al.  2002 Multicriteria Assessment of the Irreplaceability and Vulnerability of Sites in the Greater Yellowstone Ecosystem) that colleagues and I did on biological hot spots of the ecosystem identified the Upper Gallatin drainage as one of the most ecologically significant areas in Greater Yellowstone Ecosystem. Similarly, biologist Lance Craighead completed a biological assessment of the Gallatin Range and repeatedly noted the ecological importance of the Buffalo Horn Porcupine drainages. 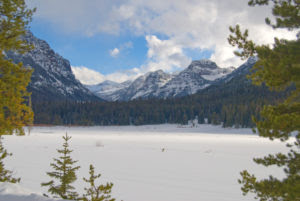 The Final Plan also designates five recreation areas in the Gallatin Range and around West Yellowstone. The 36,000 plus acre Hyalite Canyon, 36,500 plus Storm Castle, 16,500 area Gallatin River, 71,000 Hebgen Winter, and 13,000 Hebgen Lake Shore. In other words, approximately 156,500 acres are recommended for recreation in the Gallatin Range and nearby areas, far more than the total acres of new wilderness on the entire forest. 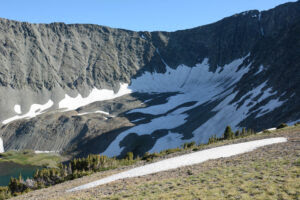 The rugged Crazy Mountains have more than 130,000 acres that could be designated as wilderness, but the FS only recommends less than 10,000 acres. Photo George Wuerthner

The plan recommends a small 9,619 acres of wilderness in the southern Crazy Mountains and a 30,642-acre Backcountry Area out of a potential 130,000 acre or so roadless acres, which could be designated as wilderness. 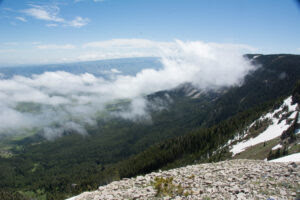 The Punchbowl area of the Pryor Mountains. Photo George Wuerthner

Likewise, the plan skimps on wilderness for the Pryor Mountains, one of Montana’s most unique mountain ranges, rising from desert to alpine and home to 40% of the plant species found in Montana. The Final CGNF plan recommends 10,662 acres of new wilderness in Bear Canyon 8,168 acres of recommended wilderness for Lost Water Canyon. The Punchbowl and Big Prior Plateau WSAs were not recommended for wilderness. A problematic feature is the construction of a new mountain bike trail that will bisect the Pryor Mountain proposed wilderness, making future wilderness designation problematic. 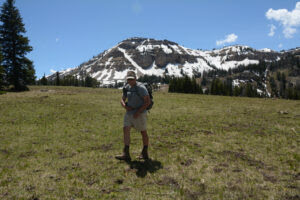 The Lionhead area is an important connection between Yellowstone and the Centennial Range to the west. Photo George Wuerthner

The Lionhead area, recommended initially as wilderness in the earlier 1987 Forest Plan, was downgraded to Backcountry. And a tiny backcountry area for the Blacktail area in the Bridger Range is part of the Forest Plan. 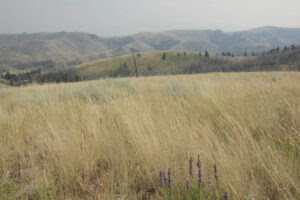 Deer Creek roadless area southeast of Big Timber, Montana, one of many larger roadless areas that did not get FS wilderness recommendation. Photo George Wuerthner

Important and significant other proposed wilderness were left out of the plan including the biologically important low elevation Deer Creek area near Big Timber, and the Poker Jim roadless areas on the Ashland Ranger District. 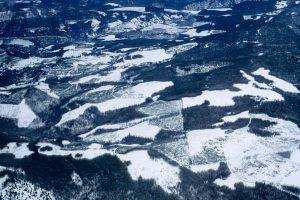 Under the plan, about 560,000 acres or 18 percent of the forest is considered “suitable” for timber production, with another 603,000 acres or an additional 20 percent suitable for timber cutting for “fuel reduction” or “wildlife purposes.”

So while these groups crow about how wonderful the final Forest Plan is, they ignore how much of the forest can still be logged. The CGNF is not the nation’s woodbox. Logging here has numerous ecological impacts, including loss of carbon storage, the spread of weeds, disturbance of wildlife, sedimentation from logging roads, loss of biomass, and so forth, none of which any green groups ever acknowledge. 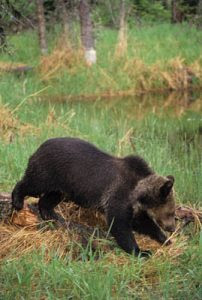 The FWS says the final CGNF plan may affect and is likely to affect grizzly bears. Photo George Wuerthner

The Fish and Wildlife Service’s biological opinion on the Final Forest Plan found that the proposed management may affect and are likely to adversely affect the grizzly bear and lynx, both species listed under the Endangered Species Act. Not a word about this opinion in the glowing approval of the plan by the Big Greens.

I’m typically an optimistic person and even somewhat pragmatic (though some of my critics might suggest otherwise). So I tend to see the glass as half full rather than in the negative as half empty. But this forest plan doesn’t even pretend to half fill a glass. Instead, there are just a few sips of water at the bottom.

In my view, overall, the forest plan fails to recognize and adequately protect the fundamental values of the forest. 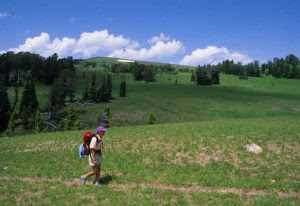 The crest of the Gallatin Range. Photo George Wuerthner

The CGNF is part of the Greater Yellowstone Ecosystem, one of the few functioning temperate ecosystems in the world. It is the headwaters for major river systems of the West, including the Mississippi-Missouri, Snake-Columbia, and Green-Colorado. And lest we forget, it is home to numerous wildlife species that are rare or endangered elsewhere, from genetically pure bison to various subspecies of cutthroat trout to an isolated grizzly bear population. And the CGNF and other public lands surrounding Yellowstone National Park are part of the best wildlands south of Canada and Alaska. 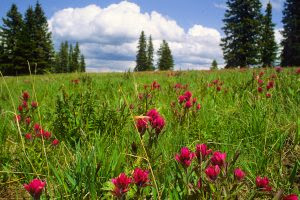 In other words, the CGNF’s central values are the three W’s: watershed, wildlife, and wildlands, and these values were given short shrift in the forest plan. 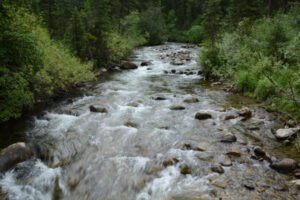 Sourdough Creek, Gallatin Range, part of Bozeman’s water supply. Water is one of the three W’s that represent the most valuable aspects of the CGNF. Photo George Wuerthner

That is why it is baffling, even discouraging to me, for groups like GYC or Wild Montana to declare the plan a success.

For organizations like GYC etc., to declare their support for the CGNF plan as a “success” is like hiring a realtor to sell your home estimated to be worth $200,000, and the realtor declares how lucky you were because they managed to get you $20,000 for it. You would fire that realtor in a flash. 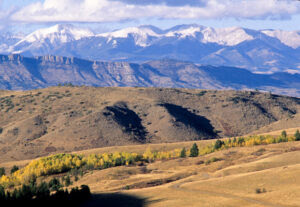 When you consider that another 1.1 million acres could, in theory, be designated as wilderness on the CGNF, and would genuinely protect its international value, the CGNF final plan fails to live up to its obligation to protect the forest’s unique attributes.

The value of wilderness designation is that it legally recognizes restraint and humility. It is the best way in our legal system to protect lands from human arrogance—i.e., active resource management. Wilderness means “self-willed” lands or places where natural processes operate with minimum human interference.

Although the Forest recommendations are just that—recommendations since Congress has final authority to designate wilderness, it is still disappointing to see wilderness advocacy groups willing to declare the CGNF a “success.” I want to think the plan rises to Half Full status, but it leaves me thirsty. 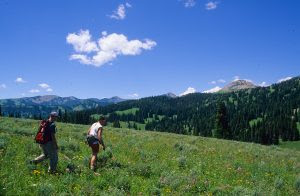 Passage of the Northern Rockies Ecosystem Protection Act could correct the deficiency of the CGNF plan, and we can hope that someday Congress and the American people will have the wisdom to enact this visionary legislation.

6 Responses to Custer-Gallatin National Forest Plan is a Disappointment