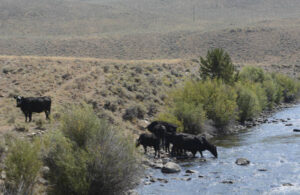 Livestock grazing in the arid West has a disproportionate impact on ecosystems. but especially on public lands which are to be managed for other values.
Photo George Wuerthner

Representatives Adam Smith (D-Wash.) and Jared Huffman (D-Calif.) introduced the Voluntary Grazing Permit Retirement Act of 2022. The Act would give federal grazing permit holders the chance to relinquish their grazing privileges for an agreed upon payment of funds. Both representatives should be applauded for their support of this legislation.

Grazing permit retirement has been used in a case by case basis to eliminate livestock impacts from public lands. 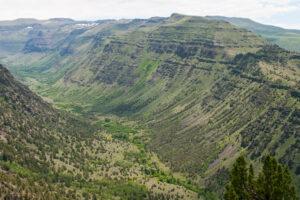 For instance, livestock permits in Idaho were retired as part of the legislation passed to establish the Boulder-White Cloud Wilderness. Similar retirement of grazing privileges was successful in closing a number of allotments on Steens Mountain in Oregon with the passage of the Steens Mountain Cooperative Management and Protection Act. 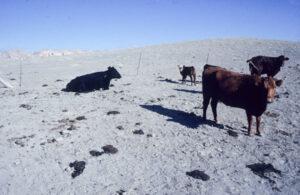 The beauty of this legislation is that it would allow the same retirement of grazing privileges used in these individual pieces of legislation on any federal lands.

While permit retirement has occurred outside of federal legislation, there are not guarantees that agency personnel will maintain allotment closures. The advantage of legislatively approved permit retirement is that it eliminates the opportunity for agency officials from restocking vacated allotments and permanently closes them, precluding future restoration of livestock grazing.

Retirement of grazing privileges is voluntary and upon mutually agreed upon compensation. Funding for permit retirement will be from private sources. 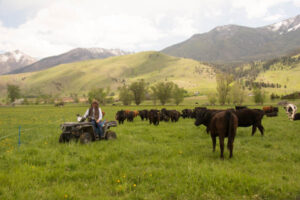 Ranchers who volunteer to retire their grazing privileges can use the funds to acquire other private lands or simply to retire. Photo George Wuerthner

Permanently closing grazing allotments has many advantages to all involved. Ranchers will get a “golden saddle” as Andy Kerr, one of the original advocates of permit retirement legislation, has suggested. A rancher who wants to avoid the headaches of federal grazing, can use the money to buy other land or just retire to Arizona or wherever old cowboys go while they fade away.

There are also individuals who would willingly retire their grazing privileges if they could be assured that no one else would obtain the permit. Voluntary Permit Retirement solves this issue.

The public ends the expense of management of grazing allotments. Since the grazing fee is only $1.35 an AUM (animal unit month or the amount of forage consumed by a cow and calf in a month) which doesn’t come close to paying for the expense of administrating and managing livestock grazing.  Permit retirement will save taxpayers millions of dollars annually. 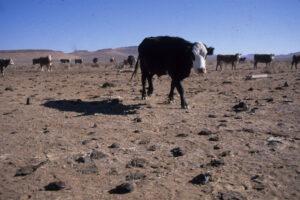 Abusive livestock grazing has all but eliminated cover and forage for native wildlife on this allotment in Oregon’s Trout Creek Mountains. Photo George Wuerthner

Third, and most importantly, permit retirement will reduce conflicts on public lands.

Livestock grazing is one of the biggest factors in species endangerment in the West.

It is the reason we are killing wolves, coyotes and other native predators on public lands. 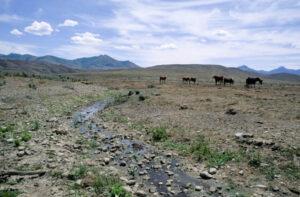 Cattle destruction of riparian area, which are critical to 70-80% of western wildlife. Photo George Wuerthner

Grazing is also the number one factor in the destruction of riparian areas, the thin green lines of vegetation along waterways that are crucial to 70-80% of the wildlife in the West.

Livestock manure is also one of the major sources of water pollution on much of the federal lands. 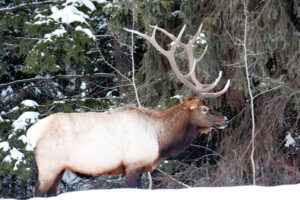 Studies have documented that the mere presence of cattle can socially displace elk and other native herbivores. Photo George Wuerthner

The mere presence of livestock can socially displace native herbivores like elk and consumption of forage by cattle and sheep means there is less food for native species.

Some livestock like sheep can transmit disease to bighorn sheep. 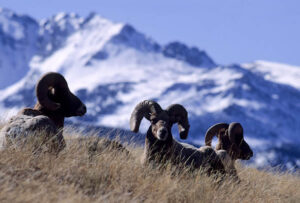 Domestic sheep can transmit disease to wild bighorns, and cause the decline of wild sheep. Photo George Wuerthner

Even the fencing used to control and manage cattle poses a threat to native wildlife, creating barriers for migration and even mortality—up to 30% of sage grouse deaths comes from collisions with fences. 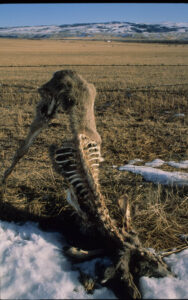 Fences all over public lands are there for only purpose–to control livestock–and they pose a significant threat to native wildlife, including barriers to migration and movement. Photo George Wuerthner

For these and other ecological reasons, retirement of grazing privileges is a big win for our ecosystems. 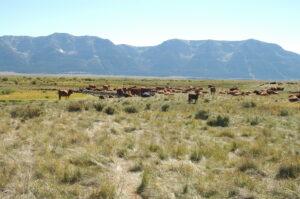 Fourth, removal of livestock will enhance wilderness values. Livestock grazing was permitted to continue where it existed in designated wilderness as a compromise to enact the 1964 Wilderness Act, however, allowing exotic animals to roam wild places is a domestication of the landscape. 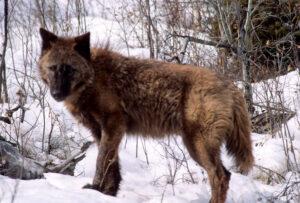 Closure of livestock grazing allotments can go a long ways towards reducing conflicts with predators and the slaugher of public wildlife like wolves. Photo George Wuerthner

I have to admit that when Andy Kerr first discussed permit retirement with me, I objected. Afterall, grazing on public lands is a privilege like any other commercial use. The federal government can close any allotment at any time for any reason, but especially if the livestock operations are compromising public resource values. However, as any activist knows, the times when federal agencies have closed grazing allotments, are few and far between. As Andy suggested to me, it’s only money. And there are foundations and wealthy individuals willing to pay for permit retirement. 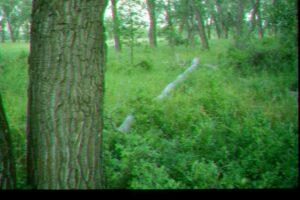 Permit retirement will allow the land to heal from abusive livestock grazing, and the restoration of ecological beauty to our public lands. And that is worth far more than any amount of money.