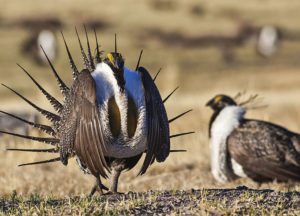 One often doesn’t get good news, but this week, the U.S. District Court agreed with conservation groups that the Bi-State Sage Grouse was illegally removed from its listing under the Endangered Species Act (ESA).

Efforts to list sage grouse has gone on for years due to political interference. Recently the Bridgeport Ranger District decided to keep several grazing allotments closed to protect the Bi-State sage grouse.

After the Trump administration removed the Bi-State sage grouse from listing under the ESA, Western Watersheds Project, WildEarth Guardians, and Center for Biological Diversity filed a lawsuit challenging that decision as capacious and arbitrary in October 2020.

U.S. District Judge Jacqueline Scott Corley determined the FWS relied on flawed assumptions to conclude the Bi-State grouse “is not likely to become an endangered species within the foreseeable future throughout a significant portion of its range.”

As a result of the Judge’s decision, the FWS original 2013 listing proposal for the bi-state grouse was reinstated. 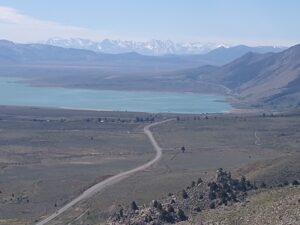 The Bi-State sage grouse was previously called the Mono Basin sage grouse. It inhabits the region along the Nevada-California line between the Sierra Nevada near Mono Lake and the White Mountains that border Nevada.

I had a minor hand in the original petition to list the grouse in 2001. As a board member of the Institute for Wildlife Protection, we sought to have the Bi-State population listed as a “District Population Segment” (DPS). I helped to write the section on livestock impacts for the 493-page petition. At the time, I felt the petition was the most thorough discussion of sage grouse populations and threats that any group had submitted.

Even if a species is still viable over the bulk of its range, the FWS has the authority to list what are regarded as “Distinct Population Segments” (DPS) if there is sufficient reason to believe that the plant or animal is isolated enough from other members of the species to warrant special attention.

For instance, many sub-populations of Pacific salmon in the Pacific Northwest are listed as threatened or endangered as DPS even though their numbers in Alaska may be stable and safe from extinction.

However, given the thorough overview of threats to the bird, we naively thought that the FWS would have no choice but to list the Bi-State population. But the agency denied our petition by claiming the Bi-State sage grouse did not constitute a District Population Segment.

Since that time, other groups have made an effort to list the bird. As a result, in 2013, the FWS granted listing the Bi-State population as a DPS and as “Threatened” under the ESA. But in 2015, it withdrew its proposal to list. Again conservation groups challenged the decision in Court.

Then in 2020, under the Trump Administration, the Bi-State sage grouse listing proposal was again withdrawn. And again, conservation groups filed sue.

As with many sub-populations of sage grouse, the number of individuals is small—about 3,500 birds. Given the small size and sage grouse are “tournament” breeders, meaning one male breed with multiple females.

Male sage grouse gather each spring at “leks.” The males parade and strut, trying to lure females into breeding. Only a few dominant males are successful in breeding females.

A second factor that determines the overall genetic viability of a population is the number of breeding adults in a population. Thus, at any time, within the Bi-State sage grouse population, you will always have a high percentage of young of the year and non-breeding adults.

Thus the “effective breeding population size” is much smaller than the genetic diversity than might occur among monogamous breeding birds. Of the 3500 birds in the Bi-State population, the “effective breeding population size” is about 10-20% of this total, or 350 to 700 birds. Some studies suggest that a minimum of 500 birds is necessary to ensure adequate genetic diversity. Thus the Bi-State sage grouse may already be under the minimum required for long-term survival.

The situation is made even more dire by the fact that even within the range of the Bi-State bird’s range, multiple sub-populations seldom interact.

That lack of diversity, combined with small numbers of individuals in some subpopulations, means the Bi-State sage grouse is much more vulnerable to random events that could push the entire population over the line towards local extinction. 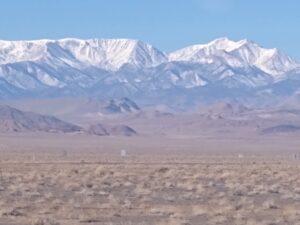 The Bi-State sage grouse population has six sub-populations: Pine Nut, White Mountains, Mount Grant, Desert Creek-Fales, South Mono, and Bodie Hills. While the core population in the Bodie Hills is stable, the smaller populations on the fringes of the range are shrinking.

Fortunately, the Court agreed with the conservation groups and has reinstated the proposal to list the Bi-State sage grouse under the ESA.