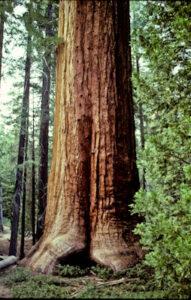 Recent blazes in the Sierra Nevada have killed some giant sequoia, but is this a tragedy? Photo George Wuerthner

In this New York Times article, Why Does the American West Have So Many Wildfires? published on August 2, 2022, is another news article full of misinformation about fire ecology.

The journalists did get the ultimate cause of wildfires correct—changing climate, but they go on to list other “proximate” causes that would not have any significance without climate warming. 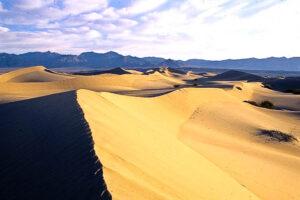 The article strongly correlates climate change with hotter, drier conditions as one of the main factors driving large blazes—this important message used to be ignored by the media and is now getting more print and airtime. Hot, dry conditions make it easier for vegetation to ignite and spread. Plus, the fire season when vegetation is susceptible to fire is longer—all good points.

But there is much in the article that, while some might say I’m nit-picking, I still believe I need to point out the problems.

It says there are four key factors leading to larger blazes. The first reason, they declare, “is the “Western United States has what’s called a Mediterranean climate.”

However, only California is dominated by a Mediterranean climate of winter rain and summer drought. Most of the West has a Continental Climate dominated by cold, snowy winters and often summer monsoons, especially on the Great Plains and Southwest. The different regional climates do affect wildfires. For instance, New Mexico’s fire season tends to be spring because summer monsoons reduce fire ignitions and spread.

It also cites Santa Ana winds as the reason for large blazes—but again, this only applies to California. The wind is essential in all large blazes, but Santa Anna winds are a unique feature of southern California. 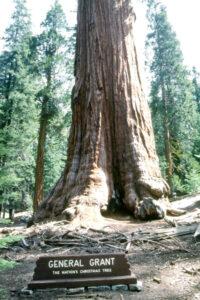 Sequoia groves are only found on the western slope of the Sierra Nevada, California. Photo George Wuerthner

While it notes that vegetation is adapted to fires, it also warns that giant sequoia trees are being “killed in unprecedented numbers.”

High severity fires are not extremely common anywhere, so a typical sequoia grove may only experience a high severity fire once in a blue moon or even longer. However, since they can live thousands of years, to replace themselves, they only need a large blaze once in a thousand years to create a successful regeneration of the species. So we may be in that once-in-a-thousand-year period.

The piece suggests, “Before the modern settlement of the American West that began in the 1860s, forested lands burned naturally from lightning sparks or intentionally by native communities as a form of forest maintenance.” As a result, of settlement and efforts to suppress fires, the articles suggests we have unnaturally dense forests. 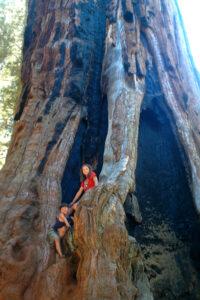 Indeed, many of the sequoia groves in the Sierra Nevada can be traced back to the Medieval Warm Spell, which occurred between 800-1300 AD. During this period, the climate was like the conditions we are experiencing today, with extreme drought and heat. During this time, the Anasazi Indians abandoned their cliff dwellings to seek permanent water along the Rio Grande, and Vikings colonized Greenland. The warm, dry conditions promoted extensive wildfires in the Sierra Nevada and elsewhere.

The other factor blamed for “dense forests” is the Forest Service’s 10 AM policy, which tried to extinguish all fires by the morning of their discovery. It was essentially a “paper policy” that had little real teeth. In the 1930s, most of the Forest Service lands in the West were roadless. It begs credibility to suggest that rangers riding mules traveling across the rugged, often trailless country and working with shovels and Pulaski effectively extinguished fires. 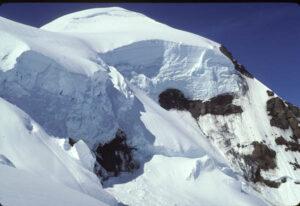 Glacier on Mount Baker. During the 1970s cooler temperatures caused glaciers to expand in the PNW. Photo George Wuerthner

A better explanation is that sometime in the 1940s, the western US entered a period of cooler, moister weather that precluded ignitions and rapid fire spread. Of course, this reduction in wildfire influence was attributed to “successful” fire suppression, but Nature was suppressing fire. Indeed, the climate was so cool that by the 1970s, glaciers in the PNW were growing, and some scientists predicted we were entering another Ice Age.

And what do you get when you have more moisture in the typically dry West? Higher seedling survival, which in turn creates “denser” forest stands.

The article suggests that fir trees have expanded into lower elevation forests due to a lack of fire. Another explanation is that cooler, moister weather for much of the mid-1900s created favorable conditions for the establishment of the moisture-loving fir. Once established, younger fir could persist in the shady, cool conditions created by older trees. 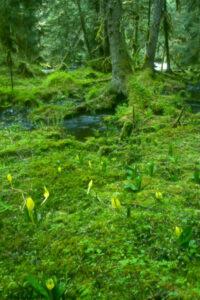 The main reason for large fires is climate. I can guarantee if the majority of the western landscape suddenly were to be dominated by cool, moist conditions as, say, found in rainy Southeast Alaska’s Tongass National Forest, most wildfires in the West would cease—regardless of the amount of “fuels” or biomass present.

We are experiencing the worst drought in a thousand years (since the Medieval Warm Spell), and average temperatures have risen. High temperatures rapidly increase fire spread. For every 1-degree rise, we see a 25 times rise in fire spread. The same rapid increase in fire spread is also due to higher wind speeds. These factors, in combination with plenty of human-caused ignitions, are the real reason we are seeing large western fires.

The ultimate cause of our large fires is climate warming. Solutions proposed by agencies and politicians like thinning forests and even prescribed burning ultimately fails when there are extreme fire weather conditions. In some cases, this kind of “active forest management” can even enhance fire spread. For instance, one review article found that protected landscapes where logging is prohibited, like parks and wilderness, tend to have lower severity blazes compared to lands where logging and other “active management” is permitted.

To reduce large blazes, we must deal with climate warming. In the meantime, we put much more effort into home hardening so they can better survive wildfires.