How Rewilding Could Restore The Colorado River Flows 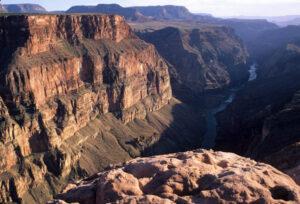 Seven states utilize the Colorado River water for irrigation and domestic water supplies. It is the sixth longest river in the continental United States, and its watershed covers 8% of the lower 48 states. 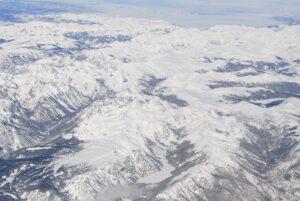 The Colorado Rockies lie at the headwaters of the Colorado River and snowfall at high elevations feeds the river. Photo George Wuerthner

But climate change is shrinking the winter snowfall in headwaters and is predicted to reduce the river’s flows by 10-30 percent by 2050.

Downstream storage in reservoirs like Lake Mead is already at 28% capacity. There are discussions to cut water use throughout the river’s drainage. The lower Colorado River provides water to San Diego, Los Angeles, Phoenix, Tucson, and Las Vegas, among other communities. Plus, 50% of the headwaters flows are diverted to Colorado’s Front Range, including Denver, by intra-basin transfer. 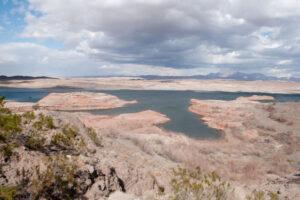 Lake Mead provides water storage for numerous communities and currently is at 28% capacity due to extended drought. Photo George Wuerthner

At present, the seven states that are part of the 1922 Colorado compact are discussing conservation measures and cuts in water deliveries. 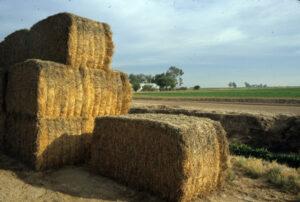 Irrigated Ag consumes 70% of the Colorado River Basin water, and most of that water is used to grow livestock forage like hay. Photo George Wuerthner

One of the easiest ways to conserve water is to reduce irrigated agriculture which presently consumes 70% of the river water. In particular, most irrigated fields are producing hay and alfalfa for livestock feed in places like California’s Imperial Valley. 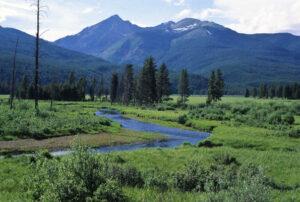 While conserving water through policy changes, one of the most effective and least expensive ways to retain more water is to rewild the Southern Rockies of Colorado and northern New Mexico and the Mogollon Plateau of Arizona and New Mexico. Rewilding means we reestablish and enhance native species populations and native ecosystems, so their ecological function is improved and restored.

A paper published in Bio Science by 20 authors, including myself, proposes the creation of a Rewilding System across the West that would result in massive amounts of water retention in the headwaters of the Colorado River, and its tributaries would slowly “leak” flows throughout the year. The ecological restoration of streams has numerous other environmental benefits as well. 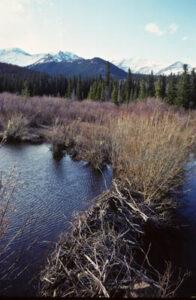 Our reserve proposal would involve three major components: the restoration of viable wolf populations and the recovery of beaver—both species have been severely reduced from their historic numbers.

A third provision is the elimination of livestock grazing on the federal lands we propose for reserves.

Our rewilding proposal would also have other benefits, including more carbon storage, which would help reduce climate warming and preserve habitat for many endangered species currently in decline. 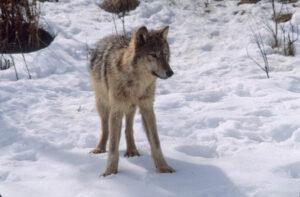 We choose wolves as one of our “keystone” species. Viable wolf populations require large landscape scale habitat, so they act as an “umbrella species .”If we have a habitat of sufficient size to support wolf populations, we automatically protect the habitat for many other species.

Wolves shape ecosystems through a “cascade effect” influence the relationship of other species. For instance, the presence of wolves can force elk to utilize denser forest stands and spend less time browsing shrubs along streams. This would permit more riparian vegetation like cottonwood and willows to survive and expand along streams.

With more riparian vegetation, beaver numbers could expand and colonize more stream courses. Beaver are ecosystem engineers. Historically, hundreds of thousands of beaver dams were scattered on nearly every creek, stream, and river across the West.

Beaver dams store water allowing it to gradually soak into ground sources rather than run off in a rush with snowmelt or heavy rainstorms. Their barriers also increase water quality by acting as settlement ponds that remove sediment.

And the creation of ponds widens the area influenced by water and favors the recovery of riparian vegetation like cottonwood and willows. These species, in turn, store carbon and provide habitat for numerous wildlife species. Up to 70% of western wildlife species utilize riparian habitat during some portion of their lifecycle. 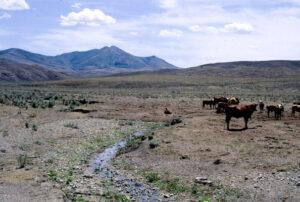 Finally, livestock is among the major reasons riparian areas across the West are in shambles. Livestock tends to congregate along streams where they compact soils and reduce the “sponge” effect that stores water while their hooves break apart stream banks, resulting in wide, shallow streams rather than deep, narrow ones. They also consume streamside vegetation. Thus, eliminating livestock would promote the restoration of wolves and beavers.

Grazing on public lands is a privilege, not a right. Therefore, the federal government could cancel grazing permits at any time. However, to provide dependent ranchers with a soft landing, we propose enactment of the grazing permit retirement legislation based on the amount of forage annually consumed by their cattle and the permanent closure of these allotments.

Currently, it costs the federal government far more to administer the grazing program than it receives in fees. And this does not even account for the cost to society from damaged watersheds or the lost opportunities to store water and carbon.

However, the most significant benefit to society of Rewilding the mountains of the Southern Rockies and Mogollon Plateau may be the increase of water storage and enhanced flows in the Colorado River.

Of course, implementation of our Rewilding proposal across the West would have similar benefits to other major river systems where ongoing drought is straining water supplies, harming fish and wildlife, and causing economic hardships for water users.

13 Responses to How Rewilding Could Restore The Colorado River Flows