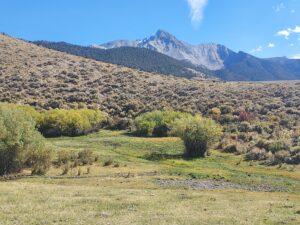 I recently spent some time hiking in Central Idaho. At the base of Mount Borah just off the Doublesprings Road, I decided to check out a large riparian enclosure surrounding Freighter Spring. 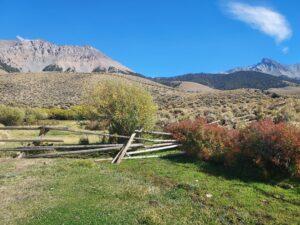 The area outside of the exclosure is just as heavily grazed as inside. Photo George Wuerthner

Unfortunately, as I typically find over and over, livestock grazed the area to golf course height, trampled and compacted the soil, polluted the water, and destroyed the riparian vegetation. This would not be a big deal except it is the “norm”, not the exception, on public lands throughout the West. 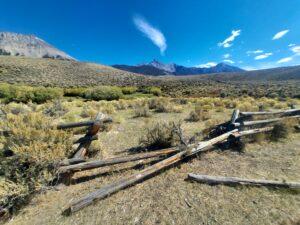 Where fence was knocked down allowing access to cattle. Photo George Wuerthner

In the case of Freighter Spring, someone or perhaps the cattle themselves, knocked down the fence around the spring. This is a common occurrence on public lands where range personnel seldom check on livestock usage or conditions. 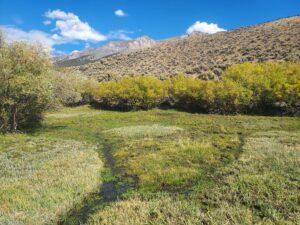 Even where there are no exclosures, most allotment management plans have a four inch mimum “stubble height” required at the end of any grazing. But I typically find that this is seldom enforced. Photo George Wuerthner

The annihilation of Freighter Spring is nothing less than vandalism. 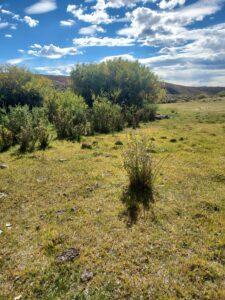 Water sources like Freighter Spring, and streams, known as riparian areas, are critical to 70-80% of the West’s wildlife. Yet most are seriously damaged by livestock grazing. 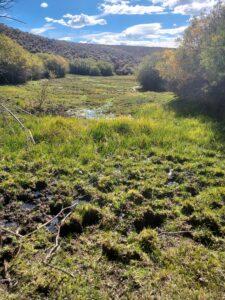 The tragedy is that I see this kind of vandalism repeatedly and ranchers continue to get away.

This last photo is taken outside of the exclosure to demonstrate how the Challis NF and the livestock owner treats our public lands–again grazing vegetation down to golf course height. There is no hiding cover for birds or mammals. The stream is wide and shallow (which means it heats up) and unsuitable for fish. Cattle hooves compact soils reducing the natural infilitration of water. 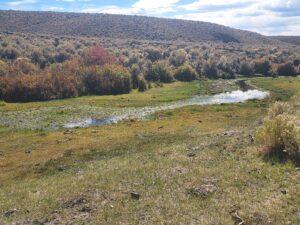 Will the Challis National Forest fine the rancher for this damage? Will his grazing privileges (grazing on public lands is not a right) be forfeited? If the Challis NF behaves like most federal agencies, nothing will occur. Such vandalism is simply accepted as “normal” on federal lands.