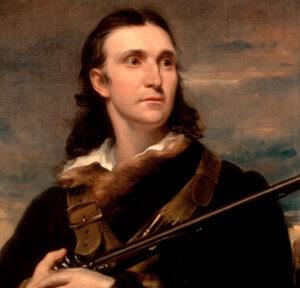 The whole ideological movement of the anthropocene elevates the importance of people beyond what is supported by biological and other scientific evidence, even by historical evidence.

History provides a human focus, on individuals and groups in the context of their place and time. Historically, slavery existed. Pretending it did not does not provide any social justice. Removing all slavers from view removes slavery from view. That misrepresents our history. Are you going to wipe out all men involved politics before 1920 because women could not participate? Acknowledging that humans — past and present — were and are human is not racist, particularly if we acknowledge any racism and remove opportunities to repeat any racism. But wiping out racism from our history is racist!

Audubon’s slaughter of birds, his hunting as well as his specimen collecting, needs also to be acknowledged. He wrote of the American robin, for example, “their presence is productive of a sort of jubilee among the gunners, and the havoc made among them with bows and arrows, blowpipes, guns, and traps of different sorts, is wonderful.” He continued, “Every gunner brings them home by bagsful, and the markets are supplied with them at a very cheap rate. Several persons may at this season stand round the foot of a tree loaded with berries, and shoot the greater part of the day, so fast do the flocks of Robins succeed each other. They are then fat and juicy, and afford excellent eating.” National Audubon never celebrated having robins for dinner! In fact, National Audubon grew out of a movement against the slaughter of birds.

In time, Audubon the man became aware of how hunting and other human activities were negatively impacting birds and other wildlife. Then he asked, “Where can I now go and find nature undisturbed?”

He was a flawed person who learned and changed his opinion with newly acquired knowledge. I can appreciate, even celebrate that.

Similarly, we can celebrate George Washington’s leadership in the American Revolution and Thomas Jefferson’s writing the Declaration of Independence without denying their humanity, including their flaws that included the ownership of slaves, of people.

In using the name Audubon for a national organization or a local chapter, we are recognizing and acknowledging that the man’s beautiful illustrations were an important step in raising the science, the public awareness, the general education, and later the conservation of birds.

To pretend that the modern organization owes nothing to people of the past, albeit imperfect people, is a sham. The Audubon name is a recognition of what we celebrate – the beauty of birds in all their diversity, the scientific as well as aesthetic beauty. The name Audubon is an opportunity to education first and foremost about birds and then also about the people associated with birds in the past, how individuals make decisions in their time and place.

The individual matters in context; for example, membership in Audubon places individuals in the context of people with a shared interest in birds.

All individual humans are flawed. Most of us are lucky enough to be ordinary enough that people do not seek out our flaws for public display. Yet we are lucky that some people were so exceptional in a positive way that the self-appointed “karens” policing society today attack them for being human. Audubon’s legacy is not paternalism, a stick, nor charity, a carrot. It’s a curiosity about and an appreciation of birds!

We are lucky that John James Audubon worked to illustrate birds back then. To pretend otherwise is distort history for a currently popular, albeit certainly not universal, political ideology.

In the classic handbook on decolonialization How to Read Donald Duck (1971), the authors Ariel Dorfman and Armand Mattelart wrote, “Historical experience is a huge treasure chest full of hollowed moral tags and recipes, of the same old standards and doctrines, all defending the same old thesis of domination.”

A name change may be easy, comfortable, and cause for self-congratulations. It presumes that we know what’s best for diverse populations, that we can get away with changing words rather than how we behave in a diverse society.

The National Audubon Society and local chapters should indeed be welcoming to people of diverse backgrounds and identities. But removing the Audubon name is ideological showmanship, presentism, and judgmentalism. It is not a welcome mat.

Bio: Anne Millbrooke is a historian, wilderness and wildlife advocate.